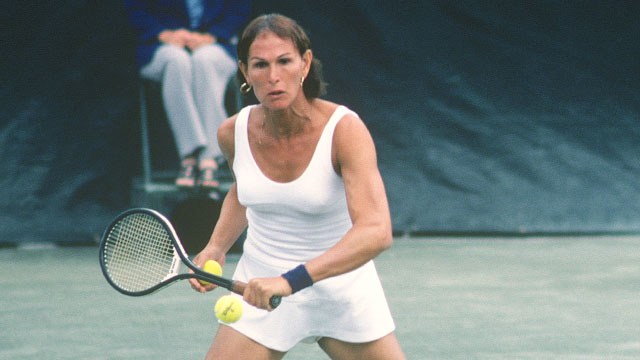 Bobby became famous for the spectacle of “The Battle of the Sexes”.  At 55 years of age and at least a few decades beyond his prime, he played a nearly in her prime 29 year-old Billie Jean King.  She won in three sets. What is forgotten in the feminist euphoria was that Bobby had beaten the world’s number one women’s tennis player, Margaret Court, in rather resounding fashion about six months earlier.  (The Mother’s Day Massacre is a forgotten part of this snippet of tennis history.)

The “Battle of the Sexes” eventually transitioned into the first transgender tennis player, Renee Richards.  Richards had a complete sex change operation and then afterward played a few years on the women’s tennis circuit.  What had been a rather mediocre male tennis player became a more than capable women’s tennis player. Significantly, she made the following statement “I know if I’d had (transition) surgery at the age of 22, and then at 24 went on the tour, no genetic woman in the world would have been able to come close to me.”  This, of course, is the crux of the problem facing not just women in tennis but women in all sports.

The debate rages on how to handle the transitioned male who has developed a male body with all of its quickness, endurance and strength before transitioning to a woman.  More and more actual female swimmers, runners, tennis players and sports figures are speaking out about the inequities of the situation. This, of course, has led to a backlash from the LGBTQ community.  There have been angry exchanges as well as boycotts of major sporting events by both sides. it is certain that this will continue.

My concern is that women’s sports will not survive.  Had Billie Jean King faced a Bobby Riggs in his prime she would have been lucky to win a game.  When records are being set by transitioned women and posted as such, all the genetically female records are wiped out.  Even untransitioned males are competing as women if they state that their intention is to transition and that they have begun the process.  (Males in the transition process still have male traits and, if Renee Richards is right, even after transition they have masculine physical advantages, – by some estimates 10% to 12%).

There is a common phrase that the road to hell is paved with good intentions.  It looks like the road to hell associated with the survival of women’s sports runs straight into the wall of the transitioned male.