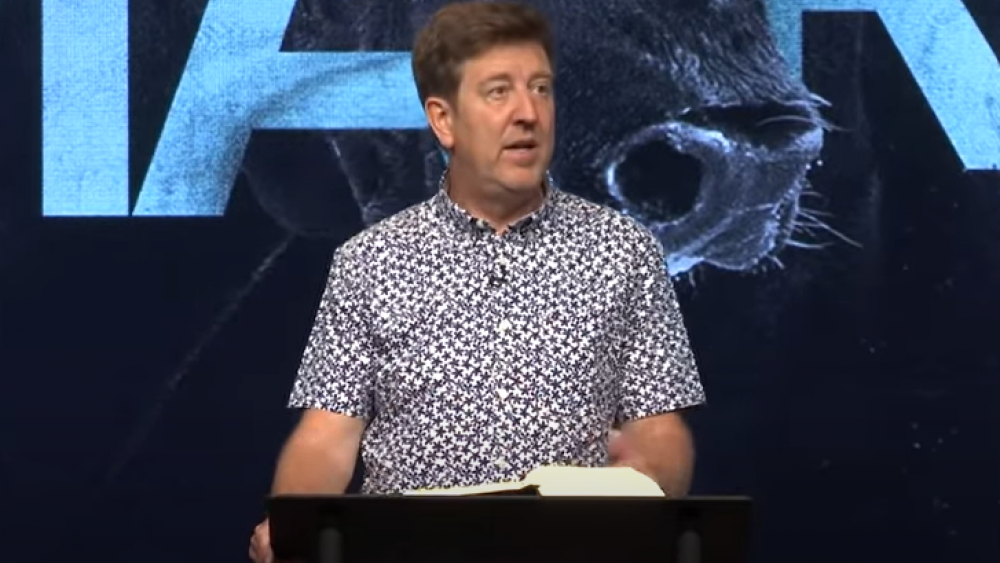 “On a day where we’re celebrating and honoring and remembering the 1.2 million Americans who gave their lives for our freedom to protect our Constitution, it’s amazing to me that we see a Loudoun County School Board ignore and absolutely trample on Tanner Cross’ constitutional rights to express not only his religious beliefs but also his right to free speech, at a time when they invited such a discussion and now they are trying to cancel him simply for expressing his views that are in the best interest of the children and expressing his faith. It’s absolutely shameful. …

“What we’re seeing right here right now in Loudoun County is the liberal left waging a cultural war and the victims are children. And who’s standing up for them? Not the politicians but in fact parents and teachers. And who’s going to stand up for the parents and teachers right now, where the school board isn’t and politicians aren’t either? And as governor, I will stand for excellence in education. We will not teach critical race theory and I will stand up for teachers and parents against these kinds of cancel culture initiatives. And oh, by the way, who is standing up for Tanner Cross? Well, I will tell you, as governor, I’ll have his back. I’ll stand up for the teachers, I’ll stand up for the parents, and I actually call on that school board right now in Loudoun County to reinstate Tanner Cross fully because they have absolutely ignored his constitutional rights. And oh, by the way, his best interest is the children right now. They should reinstate him right now and as governor I would call for that.”

My pastor, Gary Hamrick of Cornerstone Chapel in Leesburg, also came out in support of church member Tanner Cross. Cross was introduced to the congregation Sunday morning with Hamrick asking Christians to support Cross and oppose Loudoun’s School Board. Hamrick received a standing ovation for his remarks. Petitions to recall the School Board were available for signing in the church atrium. Hamrick was also interviewed on WMAL this afternoon. As expected, Loudoun County Democrats have asked Pastor Gary to recant his remarks.

What would be the reaction of the denizens of TBE if a black pastor of a black church invited a, Democratic candidate to make a political speech from his pulpit?

I think we all know the answer.

You must be naive to think this doesn’t happen in leftist oriented churches.

Provide video of such an instance. That is: Bideo of a pastor turning over his pulpit to a current Democraticcandidate for any office.

Not a clever ruse on your part. The current Democratic candidates for Virginia office haven’t had a chance to misuse the church yet as candidates. But I am not worried, they will certainly show up in the near future. See Obama.

Spent a good amount of time Monday on Warwick Blvd in Newport News trying to help out candidates. We had Youngkin Yard signs and bumper stickers. Also campaign literature for Jordan Gray who is running for delegate 93rd district. There is a group of us. We plan to do a number of events in the Newport News, Hampton, Yorktown, and Williamsburg areas.