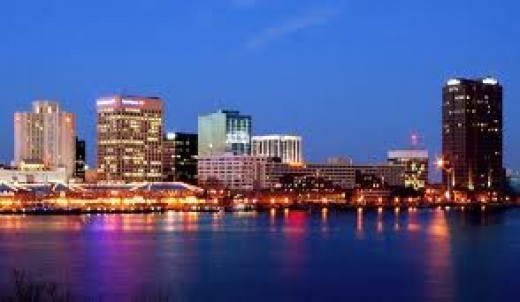 Candidates and rumors of candidates emerge in wake of Rigell announcement

The Bull Elephant has learned that Virginia Beach attorney Pat Cardwell will announce his bid to succeed the rretiring Rep. Scott Rigell tomorrow. Cardwell had been planning a run against Rigell up until Rigell’s surprise announcement today.

We understand that news of Cardwell’s impending primary challenge, along with the fact that Dave Brat’s 2014 campaign team is working for Cardwell, leaked to Rigell. This seems likely to have influenced the timing of the Congressman’s decision. Rigell has been under fire from conservatives in his district over controversial votes where he and the 10th District’s Barbara Comstock have split with the more conservative wing of Virginia’s Republican Congressional delegation.

We have learned that within an hour after Rigell’s announcement this afternoon, the General Assembly’s Virginia Beach delegation gathered in Sen. Frank Wagner’s office to discuss what it meant for them. Our understanding is that the most notable development arising out of that meeting was Del. Scott Taylor’s (R-Virginia Beach) private announcement to his colleagues and staff that he was going to run for the now-open seat, setting aside—for now—his Lieutenant Governor ambitions.

A number of TBE readers have indicated Taylor made a robocall in Virginia Beach earlier this evening in which polled activists about whether they would support his run for Congress. It seems highly unlikely that Taylor has a federally-compliant PAC established already, so we are certainly curious about how this robocall was paid for. Those with whom we’ve spoken who received the call said it did not have any “Paid for by” disclaimers.[UPDATE: From the comments, there is a suggestion that the calls did indeed have a disclaimer; it remains unclear what committee would have paid for it, though.] I hope Taylor was properly advised on how to stay on the right side of campaign finance laws here, as a campaign finance violation right off the bat is no way to start a run for Congress.

Also rumored to be considering a run (though we think this is less rumor than mere speculation) is 4th District Rep. Randy Forbes. Under new district lines ordered by a federal court last week, Forbes represents a district that tips toward the Democrats. The speculation is that Forbes could take advantage of the open seat in the neighboring district to keep serving in Congress. (Under Virginia law, any voter of the state is qualified to run for any Congressional district seat).

We think such speculation is pretty far fetched, particularly considering there is a good possibility that implementation of the new lines will be stayed by the Supreme Court in the near future. Forbes won’t take the leap so long as there is any risk that the new district lines won’t take effect until next year, or that the lower court’s decision could be reversed altogether.

Like with the 5th District, this open seat could draw any number of office-seekers, so there is nothing settled yet. But, at this juncture it certainly looks like there is a clean conservative/moderate divide between the Tea Party-friendly Pat Cardwell and Scott Taylor, who politically appears to hew more closely to Rigell than, for instance, to Dave Brat or Rob Wittman.

According to Cardwell, he is running because:

Washington insiders have completely lost touch with the American people. Republican leadership is spineless and will cave to spendthrift Democrats and greedy Washing special interests as evidenced by the recent votes on the outrageous Omnibus spending bill. I am running for Congress because the Washington machine must be stopped before our nation becomes a total financial disaster.

That certainly sounds like a message that will resonate loudly in this particular political environment. Taylor, however, is a popular former Navy SEAL, and is also a skilled campaigner whose “establishment” ties are likely to garner him significant funding for this race. If he succeeds in getting the 2nd District GOP Committee to select a primary, over the objections of conservatives seeking to host a convention, he will be very tough to beat.

Stay tuned for a rumble.

Candidates and rumors of candidates emerge in wake of Rigell announcement was last modified: January 15th, 2016 by Chad Ochocinco

[…] seat in the 2nd Congressional district now held by retiring Scott Rigell. As we reported earlier, Pat Cardell of Chesapeake is also running for the seat.   Taylor began collecting petition signatures for his run on Saturday afternoon.  He […]

( Not any employers opinion). I’m hoping that Major General Bert MizUSAwa decides to throw his hat in the ring. Strong Conservative credentials and has a Silver Star with Valor older then Scott Taylor

The claim that it was not federally compliant is false. I heard a disclaimer on my call.

Thanks, Jay. I will update the text to reflect your feedback. What did the disclaimer say (i.e., what committee paid for it)?

The disclaimer said it was paid for by Scott Taylor personally, which is acceptable. Keep in mind also that he is not an official candidate yet. The call simply expressed an interest in running.

I doubt any Stolle will enter this race but you are leaving out one name Fredrick, can you guess? I’ll keep that name guit hoping that name will not emerge.

Now if any of you don’t think the gang of 8 didn’t have all this planned out before Rigels big announcement, boy are you naive.

As far as Scott Taylor, he would run for dog catcher just to get a title. The man is just a slimball ! You will need to hose down just after speaking to him over the phone. The slim just oozes from the cord. Taylor lacks any principles or character. He is nothing more than all puff and no spine. The only thing he would ever offer any Anerican is false bills and show votes.

If you like the direction your country is going in now, then Scott Taylor is your guy. If in fact you would like to restore America and the Republic, then PAT CARDWELL is the best example of principle and character that I have seen in these parts for quite some time.

In an e-mail sent 2 1/2 hours ago, Chris Stolle declared that he won’t run.

I did indeed, Donna. Thanks. I’ll fix the typo.

Taylor would be a good fit.

Navy experience is always a plus in that district.