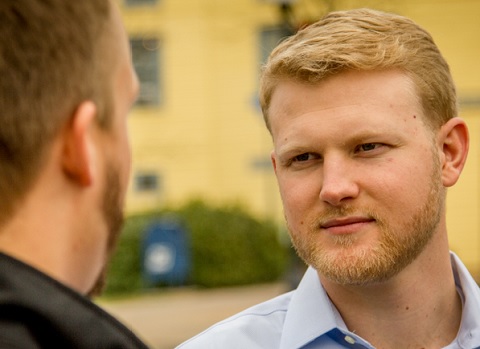 Ron Meyer, Charlie King, Shawn Williams and Mike Chapman start pulling big name support and the rumor is, there are many more coming for these candidates.[read_more]

Ron Meyer understands how to win in Northern Virginia.  He works hard by knocking voters’ doors and gathers support from both the business and grassroots communities.  He is a bright leader with an inspiring life story, and his positive conservative message will help Republicans for years to come.  – Cathy Gillespie

We believe Ron Meyer has the work ethic and capability needed to win this seat.  Building on the momentum created by our good friend Congresswoman Barbara Comstock in this region of the Commonwealth, we are confident Ron will be successful in November. – Mark Valente

Vice Chairman Supervisor Shawn Williams has my full support to be Loudoun County’s next Chairman of the Board of Supervisors. Shawn is committed to conservative governance by keeping taxes low, reducing burdensome regulations, investing in education and transportation solutions, and bringing new jobs to Loudoun. He has demonstrated exceptional leadership and dedication to public service as a U.S. Marine and veteran, as a community volunteer, and as a Supervisor. Shawn understands Loudoun thrives first and foremost by having a healthy economy that enables Loudoun to be the #1 place to live, work, raise a family and start a business. As Chairman of the Board, Shawn will continue to bring that ‘can do’ spirit and determination to keeping Loudoun thriving. – Congresswoman Barbara Comstock

Mike Chapman’s effective leadership has brought law enforcement in Loudoun County into the 21st Century. He is a Sheriff with honesty, integrity and experience who truly understands the needs of his community. I fully support Mike for a second term as Loudoun County’s Sheriff! – Congresswoman Barbara Comstock

I am currently trying to get confirmation of other candidates’ endorsements.  Update coming soon.

I have the utmost respect for and confidence in Congresswoman Barbara Comstock’s decision making on behalf of her constituents. She clearly understands the complexities of governing.

Instead of going after Ms. Comstock, why not direct your energy at the democrats? The Dems are thrilled conservatives going after each other over the convention of state issue.

The democrats smartly have organized an effort to find qualified women candidates ( not ideologues) to run for office through a program titled”Emerge Va.” One of the graduates of this mentoring program is Joana Garcia who is running against Del Dave Albo. Others are running for positions within Loudoun Co. I have focussed by law enforcement and investigative experience researching these new groups.

Folks on this blog and other sites need to wake-up and figure out a way to counter the Democrats rather than go after already elected Republican candidates for office like Barbara Comstock.

I believe she may understand the complexities of getting elected, governing that issue is still very much to be answered. A first positive step would be to be more open and straightforward in your positions to all constituents something that has not been a trademark to date in many of her actions. Too many people are asking themselves who is the “real” Barbara Comstock never a positive sign.

She’s been in office for literally a month. There’s zero chance that anybody who is currently asking themselves “who is the real Barbara Comstock” 1) didn’t support someone else in the party canvass, and 2) isn’t looking for any excuse to pretend she’s not conservative.

Perhaps true on (1), laughably false on (2) Barbara Comstock is no Conservative, although like many today I suppose she is free to call herself whatever she likes if it furthers he election chances, but that is not really the point, the point is simply be open in communicating your true positions to the voters, a simple proposition regardless of party affiliation.

Not sure I would trust Comstock right now…she will need to prove to me (as if she really cares what I think…I’m not in her district…though I did do what I could to get her elected) that she can be trusted after her vote for Boehner! She had a perfect opportunity to show her Conservative credentials…she failed. Dave Brat is showing how much more of a Conservative he is than when he was running. I reluctantly supported him as I thought just about anyone would be better than Cantor…I am VERY pleasantly surprised at this time and really glad I supported him.

Her vote for Boehner does not disturb me as much as her joining forces with Cantor in Young Guns II -> or as they call it “Reclaiming the Elephant”. Congressman Comstock is no Conservative; so an endorsement from her is a kiss from the establishment — ugh. http://thebullelephant.com/cantor-comstock-launch-mainstream-organization-for-reclaiming-the-elephant/

She isn’t my Representative…Brat is…thank goodness…so not really much I can do about her but she certainly campaigned that she was a Conservative…at least she MAY be better than the alternative.

I’ve lived in the 10th for many, many years and we had a very good choice with Bob Marshall but for a supposedly long term conservative district real conservative practitioners are getting harder to find these days and the word is starting to be used as just an interchangeable term with Republicanism which it is clearly not in today’s political arena. We worked hard to remove Joe May (with Dave LaRock) but fighting Frank Wolf’s influence on both May and Comstock was just one bridge too far.

Ron Meyer is so cute, I just want to pinch those cheeks.

Jeanine: be careful…some on the left will be crying “female chauvinism!” 😉

lol…so true…I would be embarrassed if I have supported him! But them he’s a Dem…what do we expect.