Cantor’s fatal flaw? He can get things done

I agree with much of what the tea party stands for and many of the efforts of leaders within it to elect conservatives. The tea party however, is not one group; it is thousands of major and minor groups across the nation, and it is not possible to agree with all of them or for all of those groups to agree with each other.

Some Virginia tea party groups are leading the charge to oust House Majority Leader Eric Cantor from his 7th District seat. These groups have chosen David Brat, a college professor who appears to lean more toward Ayn Rand than either traditional or social conservatism. Brat was once an appointee of former Democrat Governor Tim Kaine, although that does not automatically make him a liberal. Social conservatives will find a rather lofty but vague pro-life statement listed last among issues at his Internet site. Many of his other positions seem to be libertarian in nature, which makes sense, as many tea party groups are moving in that direction.

The biggest tea party accusation against Leader Cantor is that he is “too establishment.” The fact that he can move jobs and investments to his 7th Congressional District seems to be a liability to him with tea party members. It is in essence the tea party saying: “The fact that Eric Cantor is the second-most-powerful man on Capitol Hill and can bring jobs and benefits to our district is proof he is too establishment, and we need to get rid of him.”

I appreciate a lot of what the tea party does, but in some of the groups there is a real lack of understanding of the Constitution that is waved around at meetings, when it comes to the duties of congressmen. The Constitution calls for congressmen to represent their constituents, which is why we have direct elections rather than voting for a list as is done in Europe. Many in the tea party disagree with that concept and as a result a congressman such as Eric Cantor who thinks of his district and constituents foremost is proof to many tea partiers that he is “bad.”

If elected—which is doubtful—David Brat would be the junior member of the House with no committee appointments and a staff of seven in a basement office. In other words, he would be just about worthless to his district and the state of Virginia for several terms in office.

The tea party wants to toss out of office one of the most influential and powerful conservatives in the nation while doing tremendous harm to their congressional district because he is too “establishment.” So far this year the only success the tea party has had in getting rid of an establishment congressman was the defeat of the only World War II veteran left in the House, Ralph Hall of Texas.

Leader Cantor has a staff of seven in his congressional office and a staff of 30 under him in the Leader’s office. He holds down two full-time jobs in Congress, which I do not believe tea party leaders understand. They are treating the race as if he is just like one of the other 435 congressmen in the House. They point to the fact that he spoke to a moderate group of Republicans in Florida as “proof” he is a liberal. Eric Cantor’s role as leader of the House GOP is to enlarge the party and stop the infighting long enough to pass legislation, not to make long-winded speeches championing Ayn Rand. Part of Cantor’s job is bringing the far right and far left of the party together at least long enough to win enough elections this November for the GOP to maintain a majority of House seats, and he is doing just that.

Is Eric Cantor a real conservative? This is the answer: The Washington Post is running negative stories about Eric Cantor almost every day and he is constantly under attack by the liberal side of the media. He has a zero rating from the pro-abortion group NARAL. He also has a zero rating from the gay activist group Human Rights Campaign. Leader Cantor has a 100 percent rating from the National Right to Life Committee and Americans for Tax Reform. Cantor has worked tirelessly for reform of the IRS and championed legislation to stop the EPA from shutting down coal production in Virginia. Currently, he is pushing legislation to assist charter schools, as well. He is also endorsed by the NRA.

Leader Cantor is a solid conservative who understands that in the end Republicans in Congress can’t shut down the government without horrible results for the nation and for the GOP. He gets what spending cuts he can, while standing for both the economic and social conservative agenda. But he is not going to lead the GOP into the suicide mission of government closure which many, but not all, tea party activists favor. 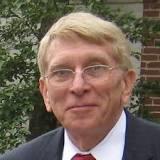 William J. Murray is an author, Baptist minister, and social conservative lobbyist who currently serves as the chairman of the Religious Freedom Coalition, a non-profit organization in Washington, D.C., active on issues related to aiding Christians in Islamic and Communist countries. He is a resident of Virginia’s 7th District.