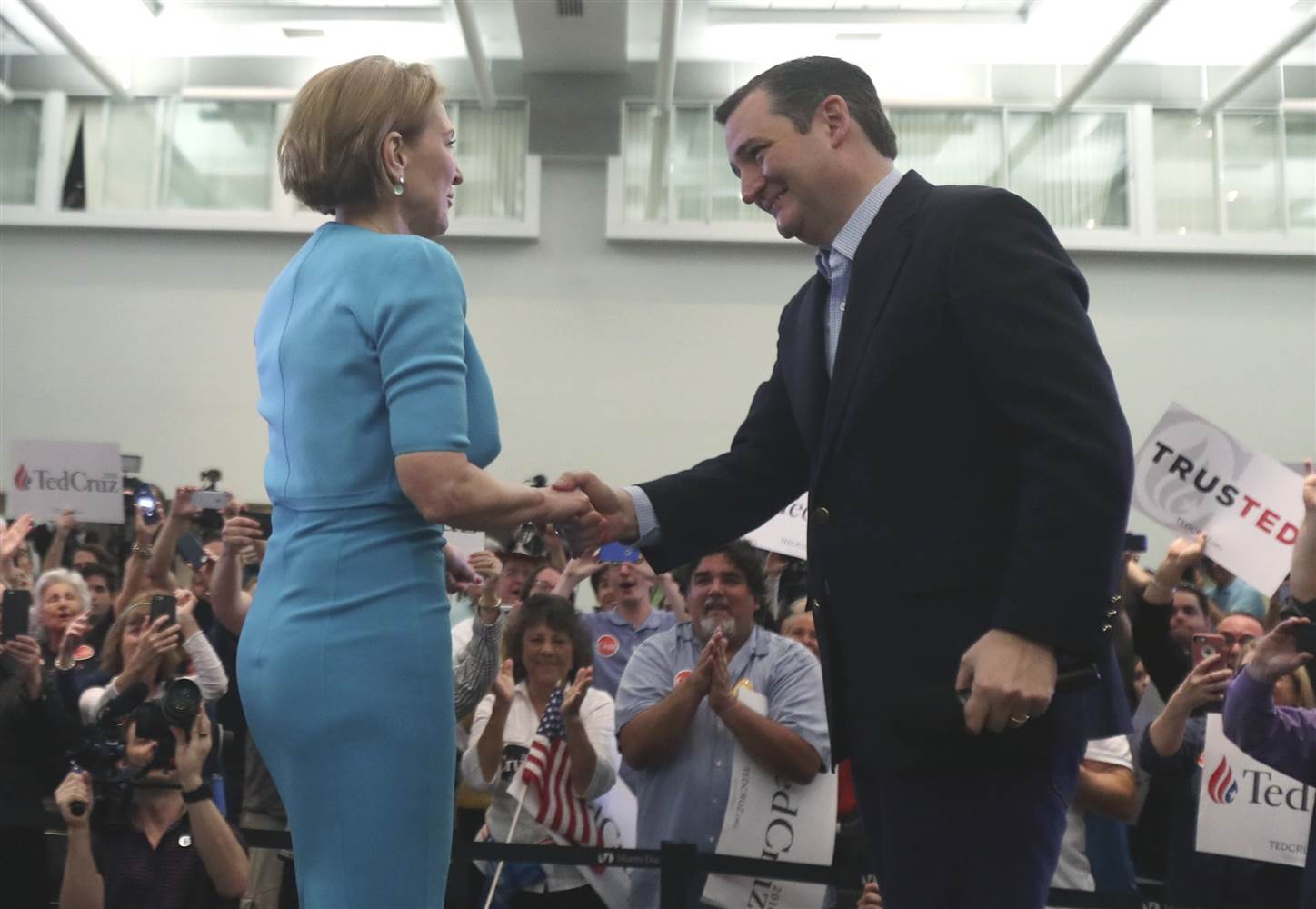 At a Florida rally for the Texas Senator, Virginia resident and former technology executive Carly Fiorina cas her lot with Ted Cruz. Â She said:

‘Ted Cruz has always been a constitutional conservative,’ the former Hewlett-Packard CEOÂ said, describing Cruz as ‘a fearless fighter and reformer.

‘The truth is that Donald Trump and Hillary Clinton are two sides of the same coin,’

Read more here.Â Â  What a great ticket that would be, Cruz and Fiorina!

With her increased profile, there has been some speculation that Fiorina may have her eye on the 2018 Senate race, when current Democrat Sen. Tim Kaine is up for re-election. Â Stay tuned.

Well, at least Fiorina (one of my two favorites) had more sense than Carson (my other favorite).