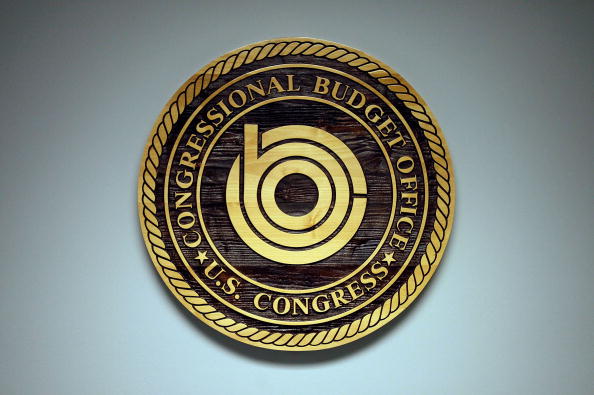 The Congressional Budget office has assessed the Republican Health Care insurance plan and the results are less than stellar.  The CBO estimates 24 million Americans will lose health care coverage by 2026, 14 million next year, and the plan will reduce the deficit by $337 Billion.  According to the CBO federal spending would be reduced by $1.2 Trillion and Federal Revenue would be reduced by $0.9 Trillion by 2026.  With a deficit over $20 TRILLION, the savings aren’t impressive.  (House Speaker Ryan described the reduction as “substantial”.  Seriously?)

Insurance premiums will increase by 15% to 20% in the first years of the Republican plan but decrease by 10% in 2026. Older Americans will pay “substantially more” and younger people would pay less.  (The Boomers aren’t going to like that.)

White House spokesman Sean Spicer was quick to say CBO is likely to be ‘wildly off’ in their estimates. Speaker of the House Paul Ryan was also quick to defend their plan, making it clear that this is just the first of a three-part plan to replace Obamacare. According to Ryan the second and third parts will include tort reform and give Americans the ability to purchase health insurance across state lines.  Ryan is very busy defending this current mess of a plan.

Some Republicans believe even if this bad bill passes the House it will be completely re-written in the Senate. Republicans in the House are fearing a backlash next year when they run for re-election if this bill is successful.

Why can’t they just repeal Obamacare as they’ve promised for years?  Why must Republicans on the Hill be such wimps?  They’re right, many of them could lose their seats next year if Republicans cannot do better than this current bill to replace Obamacare.  And it sure won’t help our Republican candidates in Virginia this year.

Hey Mr/Ms/Their Jeanine: Please send your address in Lovettsville. We should publish that widely among the un-insured …. Because such a dear follower of the Lord Jesus Christ – following Jesus explicit example from the Holy Scriptures! – will surely take in any an all sick and needy to care for them…. so, please send that address? After all, since you don’t believe that ‘gubbermint’ should be involved with health health, and believe instead that ‘local faith communities’ can be the local social services/health care …. then surely you want to be the first to publish your address! Do you have plenty of those easy to put up warm, safe tents? how about plenty of portable potties? (because you know the sick have some nasty smelling poo poo …. but then you are emulating the Lord Jesus Christ, with local charitable care, and won’t mind that at all?! ) . Please publish your address quickly! Jesus is waiting! (read Matthew 25).

Crying for repeal 8 years ago was not a smart move. Only so many ways exist to control health care costs. ACA contains several, some of conservative origins. Republicans resisted any moves by Democrats to modify ACA, causing the ensuing bailout by insurance companies. Now they are owners of a collapsing health care system.
We have an existing policy that doesn’t work. Repeal will transition us to a second environment (but not the old status quo) that also doesn’t work, but the period of change will be inefficient and costly. We’ll then have to transition to a working policy, which will contain many elements of ACA, and the transition will be inefficient and costly. At this point, repeal is nothing but the pride of cutting one’s nose off to spite one’s face.
The best stance voters can take is a practical one. Tell your legislator to make it work, and vote him/her out of office if it doesn’t work by 2018.

I thought only 10 million are on Obamacare now.

Math is hard, best we just trust Ryan and Comstock on the numbers and that ‘replace, not repeal’ is the same as ‘repeal’ and then ‘repeal and replace.’

I guess the real answer is to repeal and replace the dumbass Congressmen that are pushing this.

We keep getting the same promises that we will get something for nothing from the WH. More health insurance coverage for less money. It’s all going to be great. We’re going to put competition into the health care industry!

Carnival barker or used car salesman? Which is it?

Someone who plays the long game.

Yes fellow citizens, just re-elect us and we promise to implement phase two. And for one more vote, you can get phase three absolutely free. That’s right friends, three phases for only two votes. But wait, there’s more. If you let us drag this out for another presidential term, we will throw in a single payer plan and a deficit reduction too. Pick up your phone and dial your neighbors! Avoid a bloodbath! This deal is just too good to pass up. Call right now and get on board.

(GOP is not responsible for any forward looking promises or statements.Taxes and fees are mandatory and non-revokable. Any other statements issued are for political purposes only. Void where prohibited. Offer not prohibited in any US state, federal territory, or any sovereign nation on Earth. Internal Revenue Service will collect your taxes including this one regardless of locale. Move to Canada if you want, you will still pay. You can not hide.)