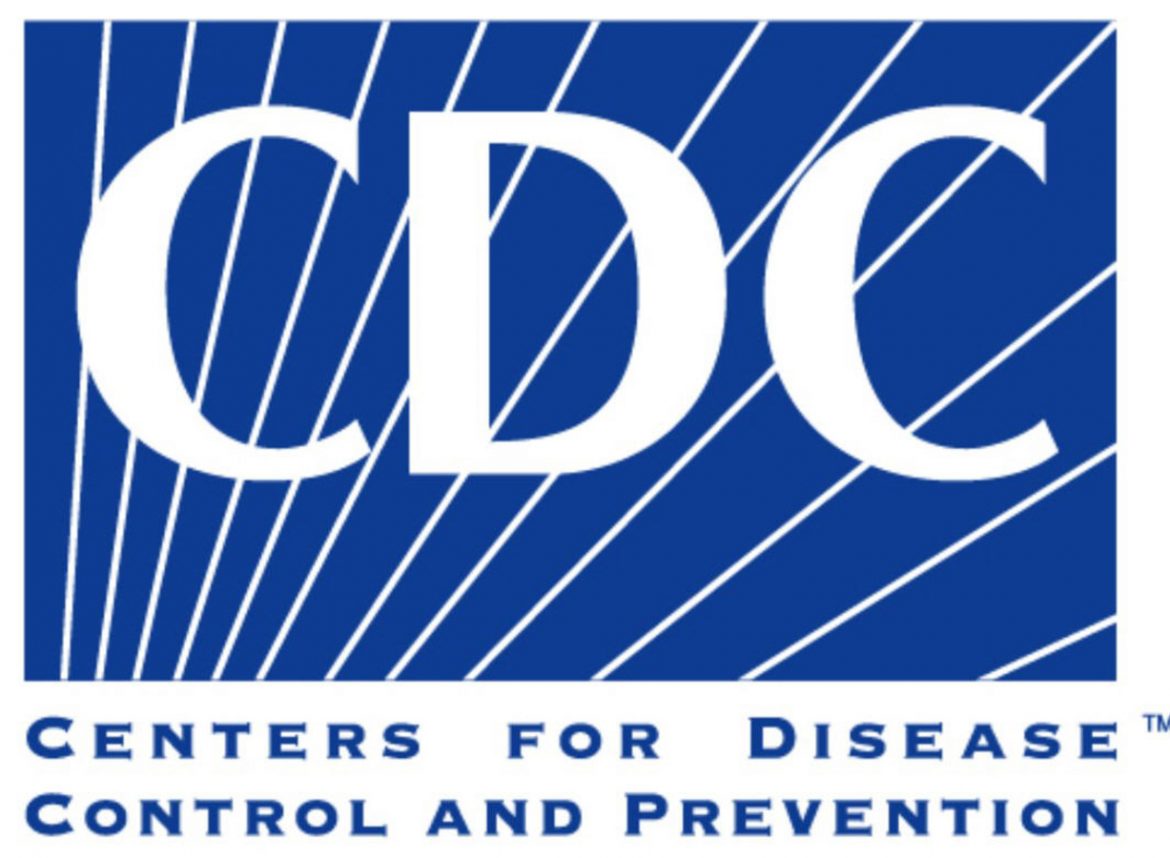 Not just did the World Health Organization and China fail on the COVID 19 epidemic, but so did the so-called 'disease detectives' at the CDC

CDC has failed the country on COVID 19

Lumbering bureaucracy knew of a threat since 2007, botched tests and could be encouraging overreporting of deaths in the U.S.

While President Trump and congressional Republicans are seeking to punish communist China and the World Health Organization for their failures in handling the Wuhan coronavirus early in the epidemic,    there has been little criticism of the U.S. agency designed to thwart epidemics here – The Center for Disease Control and Prevention, headquartered in Atlanta, with at least 15,000 employees and a $11.5 billion budget.  Fact is the nation’s “disease detectives” at CDC failed us miserably.

In a blog post earlier this week, I noted how Dr. Anthony Fauci, M.d., and his National Institute of Allergy and Infectious Diseases (NIAID – budget about $5.5 billion) failed in this crisis.

The CDC, like NIAID, failed in these ways: (1) not doing anything with its own data, showing transmission of coronaviruses to humans from “Wet markets” which is where the Wuhan virus originated; (2) failure to get the correct diagnostic test to needed communities; (3) failure to focus preventive techniques in densely populated communities notably nursing homes, and reporting demographic data, thus impacting low-income people like African Americans;  (4) issuing guidance to state and local health departments and hospitals, which might be leading to over reporting of COVID 19 deaths and cases.

Let’s take these one by one:

1    Failure to use its own research and epidemiology data to warn about Coronavirus threats:  As late as Jan. 30, a day before President Trump announced stopping air travel to and from China, CDC said:  “Given what we’ve seen in China and other countries with the novel coronavirus, CDC experts have expected some person-to-person spread in the US,” said CDC Director Robert R. Redfield, M.D.  “We understand that this may be concerning, but based on what we know now, we still believe the immediate risk to the American public is low.”

How could an agency with an Emerging Infectious Diseases division and this kind of research say that about COVID 19 – and at that time, there were ample articles in the media about the wet markets where live exotic animals like horseshoe bats which carry coronaviruses are sold for consumption?

In 2007, CDC did this study:  study on Wildlife, Exotic Pets, and Emerging Zoonoses  which states: “An estimated 75% of emerging infectious diseases are zoonotic, mainly of viral origin, and likely to be vector borne.”

Perhaps CDC is overly stretched.  It spends a lot of time and resources on gun violence and biodiversity, and has divisions dealing with pandemics that seem to be overlapping.  Wikipedia,   notes that in 2005, President Bush’s CDC director Julie Gerberding formally announced the reorganization of CDC to “confront the challenges of 21st-century health threats”.[16] The four Coordinating Centers—”diminished the influence of national centers under [their] umbrella”, and were ordered cut under the Obama Administration in 2009

Meanwhile, South Korea has been heralded with solving its COVID 19 problem earlier and not shutting down their country.  That’s because the nation had an epidemic with Middle East Respiratory Syndrome in 2015, which resulted in 186 confirmed cases and 38 deaths (death rate 20.4%).

South Korea, according to this National Public Radio story notes in mid-January, South Korean “health authorities quickly conferred with the research institutions here [to develop a test]..And then they shared that result with the pharmaceutical companies, who then produced the reagent [chemical] and the equipment needed for the testing.”

So, when members of a religious sect in Daegu started getting sick in February, South Korea was able to rapidly confirm that it was COVID-19.

This contrasts sharply with CDC’s response in January  – essentially, downplaying the COVID risk and human transmission despite a bevy of research in its midst.

2 Failure on diagnostics:  The U.S. has been woefully behind on testing.  The Washington Post reports: It has been long-standing practice for CDC scientists in emergencies to develop the first diagnostic tests, in part because the CDC has access to samples of the virus before others, officials said. Later, private companies that win FDA authorization can scale up efforts to meet demand.

CDC identified a test to use and requested emergency authorization from FDA Feb 4.  The Post reports:  “CDC moved too slowly to tap into the expertise of academia and private companies. For example, it wasn’t until last week (mid-March) that large companies such as Roche and Thermo Fisher won approval from the Food and Drug Administration to produce their own tests.”

In addition, “the government effort was nevertheless marred by a widespread manufacturing problem that stalled U.S. testing for most of February.”

In contrast, Germany has a more decentralized approach to generating diagnostics for infectious diseases.  According to NPR    Germany’s fatality rate so far — just 0.5% — is the world’s lowest in part because it is testing about 120,000 people a week for COVID-19.  Plus, Germany  “had an open market from the beginning.”  Germany’s equivalent to the CDC — the Robert Koch Institute — makes recommendations but does not call the shots on testing for the entire country. Germany’s 16 federal states make their own decisions on coronavirus testing because each of them is responsible for their own health care systems.”

So, despite its $11.5 billion budget and  a panoply of research on coronaviruses and transmission, CDC cannot get the right test out and quickly in a pandemic – which has now killed more Americans than H1N1 in 2009-10 (which was about 12,000).

3  Failure to look at population density in combatting the disease:   “Population density determines the rate of transmission of infectious diseases,” and CDC has volumes of data on this  CDC also knows about  threat of Travel and the Emergence of Infectious Diseases.  Yet, why didn’t the agency alert President Trump about the threat to cruise ships and shut down cruise travel earlier – or the threat to US Navy ships, where sailors live in close quarters?

Same goes with nursing homes and assisted living facilities, which is turning out to be a major place where COVID deaths are reported.

In addition, the agency has conflicting guidance on reporting race and demographics.   This statement is most telling

Perhaps this is why each state and local health department is free to report what it wants and there is no requirement on health care providers to provide such information.

Hence, New York City did not release detailed demographic data until April 1, and that shows a larger impact on densely packed low-income neighborhoods

4.  Overreporting deaths? – Conservative media has been raising this issue for a few days, but even CNN’s Jim Acosta asked Fauci about it and he dismissed this as “conspiracy” thinking.  However, CDC has issued guidance from its  National Vital Statistics System, “Should “COVID-19” be reported on the death certificate only with a confirmed test?  COVID-19 should be reported on the death certificate for all decedents where the disease caused or is assumed to have caused or contributed to death.”

Dr. Deborah Birx, M.D., who is the President’s coronavirus coordinator, says   “The intent is … if someone dies with COVID-19 we are counting that,” she added.  Birx said there are “comorbidities” such as cancer, heart disease and respiratory illnesses that are involved, but it’s COVID 19 that is the cause.

And, it’s the CDC’s guidelines – which is what health care providers and health departments rely on – clearly says when in doubt, call the death COVID 19.

In conclusion, all of these failures have led the President to issue guidelines calling for social distancing and stay-at-home orders, barring gatherings of 10 or more people.  It’s these “mitigation” measures as Fauci calls them that are killing our economy and our livelihoods as a number of governors – notably Ralph Northam in Virginia – have instated extreme measures impacting millions of Americans who are not at risk of this disease.

Bipartisan commission needed to do a look-back on government’s COVID failures and how to prevent future disease disasters – The Bull Elephant March 12, 2021 at 4:05 pm

[…] having witnessed this travesty over the past year and written about it in TBE here , here  and here and here, let’s look back on this past year, as it was on March 11, 2020, that the […]

Reply
Northam neglects long-term care facilities while locking down all of Virginia, releasing prisoners – The Bull Elephant April 23, 2020 at 9:37 pm

[…] populated communities.   The Centers for Disease Control and Prevention, which I believe botched the handling of this crisis, has extensive guidelines on its web site for these […]

[…] the U.S. Food and Drug Administration like the Centers for Disease Control and Prevention (CDC) has its part in an epic fail, primarily due to a 28-year-old regulatory dispute on whether  […]