[UPDATE: Apparently the plans to move unaccompanied minor children to Virginia have been put on hold—for now.  The Washington Times has details here:

The Obama administration Monday abruptly halted plans to shelter some of the children surging across the border at a defunct college in rural Virginia, as the White House has continued to see its efforts to house the children throughout the country be thwarted by opposition from local officials.

Also from the Washington Times article, it seems Maryland Democrats don’t want the children coming to their state:

Plans to house some of the children at an empty office complex in Baltimore were halted after the city’s Democratic mayor and Maryland’s two Democratic senators objected as soon as the details were announced.
More details as they occur.]

We have all heard about the 47,000 children from Central America who have entered the US over the last 8 months. Word has spread in Central America (mainly Honduras, Guatemala and El Salvador) that children and pregnant women will be allowed to remain in the US if they can get across the border.  Most of the children are arriving without their parents.  Parents have paid thousands of dollars to have their children brought into the US.  The situation has overwhelmed the border patrol and placed Americans in harm’s way because of the diseases brought to the US by this influx of illegal immigrants.   It is a terrible situation in Texas and Arizona.

Up to 80,000 illegal children are expected to enter the US this year.  With facilities in Texas becoming horribly overcrowded the federal government is looking for other places to house the children.  A Fox News reporter on the border reported last night these children are being sent all over the nation, including Manassas Virginia.  The federal government is also considering housing hundreds of the children at a closed college in Virginia.  St. Paul’s college is an historically Black college in the tiny town of Lawrenceville, population 1,438, in Brunswick County, home of the original Brunswick Stew.  Currently, the plan is on hold until a Thursday meeting to allow the community time to discuss it.  The Sheriff of Brunswick County, Brian Roberts, said the community is concerned about their security and upset the plan had not been discussed with them first. 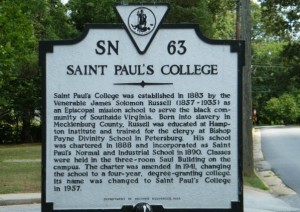 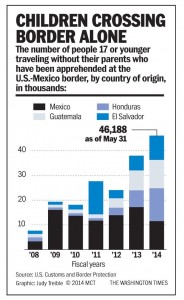 How do you feel about this?   Between 300 and 400 unaccompanied children are crossing the border every day. This article says 90,000 will arrive this year.  What should we do with them?