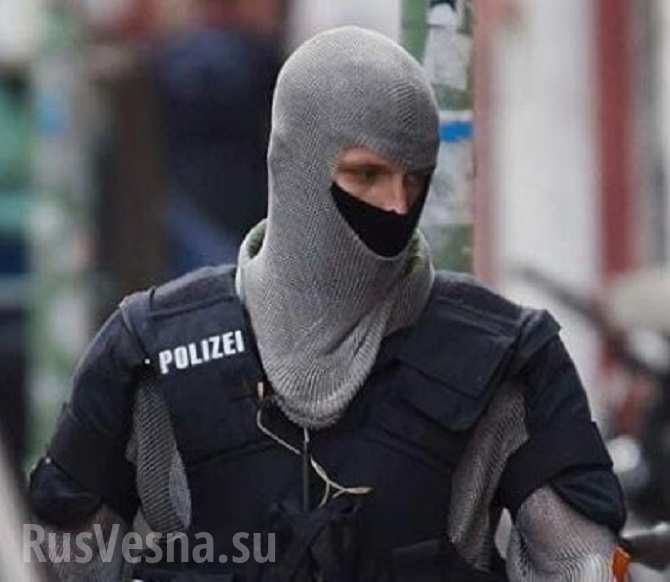 There it was.  A rather curious picture of a German SWAT team officer.  He was wearing chain mail that looked like something out of the middle ages and the Knights of the Templar.  The picture was so odd, I checked out SNOPEs that immediately labeled it “mostly false” even though, in the end, it was true.  German police do not normally wear chain mail except “when they are heading into a situation that involves someone armed with a sharp stabbing or cutting weapon.”  SNOPEs was careful to distance the wearing of such an item from an increase in Muslim refugee stabbings.  This raised the question of how could something be mostly false when it was partially true.  Political correctness came to mind.

We hear a lot about terrorism in Western Europe.  Frankly, what we read about or see on the television doesn’t tell the story.  The number of “no-go” zones increases annually and many of these zones have been abandoned to Muslim gangs that out gun and out man the local police.   Sweden is in such dire straits that Sweden’s National Police Commissioner, Dan Eliasson, spoke on national television and pleaded for assistance: “Help us, help us!”  (Unfortunately, he was appealing to the residents of the “no-go” zones so it is questionable whether such an appeal will have any measurable impact on gang violence and police and citizen distress.)

What bothers me most, however, is that the nations of Western Europe have adopted a survival tactic that amounts to the abandonment of the nation in favor of the protection of monuments, museums and special events.  In France, for example, the government intends to build a bulletproof glass wall around the Eiffel Tower.  Yes, you have that right a wall – and yet the Europeans condemn President Trump for having the audacity to build one to protect America’s national borders.  Apparently, the French and the rest of Western Europe only like walls when they protect national treasures and not the nation or its native citizenry.

I watch the events in Western Europe with a combination of amazement and dread.  The countries of France, Germany, Sweden and others are rushing helter-skelter into a disaster of their own choosing.  Only the Visegrad countries, Poland, Hungary, Slovakia and The Czech Republic, have taken a stand against the huge hordes of individuals coming into Europe from Muslim majority countries.  (Notably, not all of these individuals are refugees of war.  Many are driven by economics and focus on the very generous welfare states of Western Europe that essentially allow for a lifetime without work at the expense of the working classes of European nations.)

The Supreme Court just agreed to give President Trump about 90 days to address the problems with immigration from a half dozen out of control Muslim dominated nations.  Without records, it is virtually impossible to vet anyone coming from these countries.  Nevertheless, Americans had best seriously consider Europe as an example of what happens when there is no vetting and no assimilation – and the thin blue line of police is helpless.