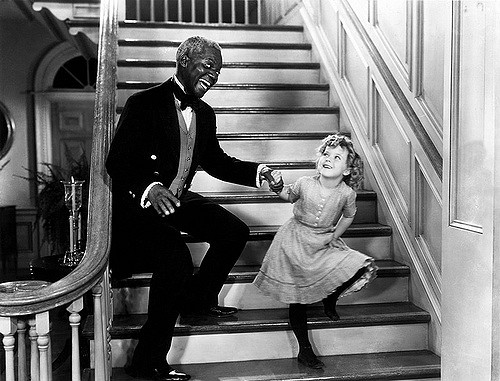 Shirley Temple and Bill “Bojangles” Robinson in The Little Colonel

Changing Times and the “Temple Sanction”

Like millions of Americans over the last 80+ years, I have enjoyed watching the wonderful films of the great child-star, Shirley Temple. She was truly America’s Sweetheart and one of Hollywood’s biggest stars in the 1930s. Her talent seemed limitless.

Miss Temple received praise for her cheerful singing and dancing in upbeat films that encouraged the public during the darkest days of the Great Depression. “On the Good Ship Lollipop” was her signature song. President Franklin Roosevelt once said, “as long as our country has Shirley Temple, we will be all right.”

Miss Temple also broke new social ground by teaming in several films with the great black dancer Bill “Bojanges” Robinson. Racial taboos at the time forbade physical contact between a black man and a white female, so scenes in which she and Mr. Robinson held hands while they danced were cut from their pictures in several southern states. Nevertheless, the Temple films set a new model for full inclusion of non-white actors.

But racism was not the only negative response to Miss Temple’s films. Novelist Graham Greene wrote a 1938 review of her appearance in Wee Willie Winkie for the magazine Night and Day:

“Her admirers – middle-aged men and clergymen – respond to her dubious coquetry, to the sight of her well-shaped and desirable little body, packed with enormous vitality, only because the safety curtain of story and dialogue drops between their intelligence and their desire.”

This outrageously prurient screed was not greeted in 1938 with the same sophisticated equanimity that it might have received from popular culture later. Instead, Miss Temple and her mother – aided by 20th Century Fox – sued Night and Day and Mr. Greene for libel. Their successful lawsuit in Britain produced a fine of £3,500 that crippled the magazine and forced it to close.

But times change. An entire political faction – primarily Democrats – flooded the 2008 presidential election campaign with salacious sexual innuendo about the governor of Alaska, Sarah Palin, and her family. This was deemed “fair” because Mrs. Palin was the GOP’s 2008 vice-presidential candidate, and especially because her 17-year-old daughter, Bristol, was found to be with child by her boyfriend, Levi Johnston, during the campaign. Obama-leaning reporters obsessed on Bristol Palin’s unmarried pregnancy as though such a thing had never happened to a single American family. (Shocked! is wot they were…)

The time-honored rule that candidates’ children are off-limits was brushed aside in Mrs. Palin’s case. Democrats and their media pals (but I repeat myself) ignored the no-kids rule, to the outrage of the GOP and the yawns of Big Media. Mrs. Palin’s bright, fresh persona and good looks seemed to terrify Democrats, who evidently decided that she must be destroyed. Partisans viciously attacked her “sluttish” appearance and “trashy” family. Reporters who wouldn’t know child-raising from a barn-raising hammered her for neglecting her family to advance her political career.

Comments about Mrs. Palin’s son, Trig, who suffers from Downs Syndrome, were beyond disgusting. Radical feminists scolded her for failing to abort when the child’s disability was discovered, pre-birth. A compendium of all the denunciations hurled at Mrs. Palin and her family would take more space than we have here. She was subjected to slurs and criticisms that no media figure would dare direct at a female Democrat.

Letterman insisted the daughter-joke was about 18-year-old teen-mom Bristol, but the Palin daughter at Yankee Stadium that night was 14-year-old Willow. (Oops!) Governor Palin furiously denounced Mr. Letterman for encouraging a culture that glorifies statutory rape. He tried to smooth things over by claiming that it was just a “tasteless joke,” thereby invoking the hallowed rule that comedians can say anything (tasteless or otherwise) if they call it a joke.

Mr. Letterman could have ended the uproar by simply apologizing – e.g., ‘I apologize to Governor Palin and her family for what I said. It was wrong of me.’ Which daughter he meant to defame is beside the point. In the end he gave a flaccid “I can’t believe I offended anyone…” apology. But he clearly tried to prolong the furor, which raised his TV ratings. No doubt his staff made sure his name was spelled right in all the news reports.

Radio shock-jock Don Imus was forced off the air in 2007 because he made a stupid, tasteless remark about some female basketball players. But nothing happened to David Letterman, as the media were not yet keyed into sexual misconduct. Instead of demanding Mr. Letterman’s dismissal, the blogosphere abounded with speculation about who “won” the ratings-battle between the sophisticated comedian (he the valiant champion of truth, degeneracy and the American Way of Sleaze) and the trashy hayseed politician who wanted to muzzle good, clean fun. It was a surreal time. What else can you say?

We’ll probably never know if inviting Letterman to step outside to discuss the matter like a man was Todd Palin’s impulse or not. That might have been the simplest resolution. Of course, the comedian’s advanced age (62) and celebrity might have discouraged Mr. Palin from challenging him to dung-hurling at five paces outside the CBS studios. Old guy or not, David Letterman is a lecherous swine who is waaay overdue for a serious butt-kicking.

Entertaining though a Palin-Letterman dustup might have been, Eddie Murphy’s line from the film Trading Places seems more apropos: “The best way to hurt rich people is to make them into poor people…” A lawsuit for libel – call it the “Temple Sanction” – would have been the better move against David Letterman and CBS. A rumble on the asphalt would only have boosted his ratings, while the ugly publicity surrounding a lawsuit and a big monetary award could have struck a serious blow. Mr. Letterman might even have gone the way of Imus, had enough sponsors fled the sordid spectacle.

You don’t get to suggest that a teen-aged girl has had adulterous sex with a grown man, even in jest, unless you can back up the claim with evidence. Bristol Palin is not fair game for the indefinite future, just because she made the mistake of conceiving a child out of wedlock and because her Mom imprudently ran for vice-president. (Could I have a show of hands from all parents who endorse The David’s conduct on this?) Try to imagine the uproar if Letterman had made similar cracks about Barack Obama’s daughters or his wife. 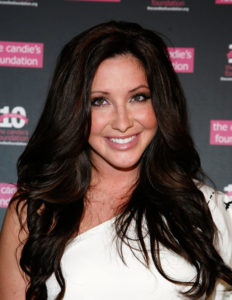 But a decade later the times have “a-changed” again. TV-stars and pols aren’t making snide comments about female politicians and their children. And they certainly aren’t writing prurient reviews about young female movie-stars. Instead, today’s Big Story is the torrent of accusations of sexual improprieties – some of them decades-old – being brought by women against high-profile males in media, show-biz, and politics.

The unexpected flood knocked a Republican candidate for the Senate out of a sure electoral win. A Democrat congressman has resigned over accusations of sexual misconduct. And a Senate Democrat has declared that he “intends” to resign – although the jury is still out on whether he will actually step down. Several media-stars also got the Bums Rush after numerous women brought accusations – most of them (by my informal assessment) unsupported by evidence that would pass muster in a court of law.

Feminists are celebrating this overdue “cleansing” of the culture, and Big Media is happily cheering the free-for-all on – particularly when it damages Republicans. Lately another bevy of accusers has come forward to level charges of past “inappropriate conduct” at President Trump. Many of these accusations were aired before the 2016 election, but the climate now favors hurling them again. Wild-eyed Democrats are demanding a Congressional investigation into Mr. Trump’s past sins, with the clear objective of moving to impeach him.

Some of the charges certainly must be false, but so far there has been no pushback. Even the woman who admitted forging some of the comments which she had claimed Judge Roy Moore wrote in her high school yearbook has suffered no consequences for falsifying evidence. Judge Moore lost his bid for the Senate, so it looks like all’s well that ends well.

But maybe not. I can’t be the only one who recalls the Temple Sanction. It’s waiting out there for the falsely accused man willing to use it to repair his damaged reputation. Perhaps the Russians can show us how it’s done. This week the World Tribune reported: “Three of Russia’s wealthiest oligarchs have filed a libel lawsuit against Fusion GPS, claiming they were defamed by Fusion’s Trump dossier written by ex-British spy Christopher Steele.”

Today, a man suing a woman who falsely accused him will not enjoy the public sympathy Miss Temple had in 1938. But somehow the personal destruction bandwagon has to be stopped. I don’t approve of sexual misconduct, but I don’t approve of false charges, either. The Court of Public Opinion is not a court of law, and unsupported charges are not “evidence.” I’m not sure when we abandoned good order, presumption of innocence and due process, but we need to find our way out of the wilderness we’re in. Enough is enough. Joseph Welsh’s famous riposte to Senate “Inquisitor” Joseph McCarthy might remind us that we’ve faced this problem before:

“At long last, sir, have you left no sense of decency? Have you no shame?”