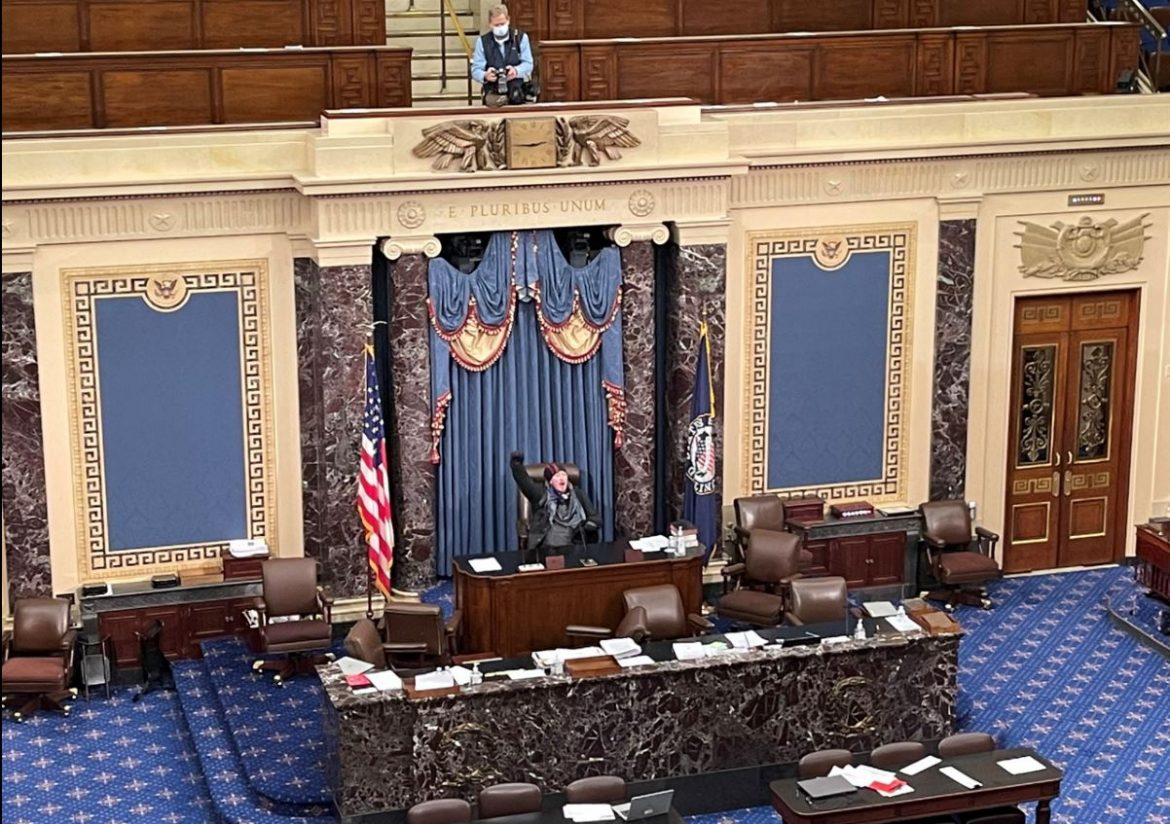 I am sitting here trying to do my job today, but I cannot take my eyes off the television screen. Right in front of my eyes I am watching a nightmarish scene I did not truly believe I would ever see. Thousands of Trump supporters have stormed the U.S. Capitol to stop the certification of the electoral college votes.

Trump supporters, who claim to support the Constitution, are marching through the Capitol, have invaded the Senate Chambers, and are actively trying to prevent Congress from performing its duties as proscribed by the Constitution, all while chanting, “USA!! USA!!”

Trump supporters, who claim to support the rule of law, are acting exactly like the antifa protestors they decried for the violence that was perpetrated all across the country this summer.

The latest news I just heard is that a woman is being treated for a gunshot wound and is in critical condition. The police are outnumbered, but Brett Baier of Fox News reported that a request to bring in the National Guard is “under review” by the Defense Department because they are concerned with the optics of uniformed military personnel in the U.S. Capitol.

I am so ashamed of my Party right now. I can only hope this insanity wakes up Republican Members of Congress and Party leadership about the folly of their current positions in backing this “stolen election” conspiracy theory.

Congress is required by law to complete this certification. In light of this violence, in my opinion, any Republican member of the House or Senate that votes to reject any electors from any state is unfit to serve and needs to be removed from office at the first opportunity.

I can only pray that God will show mercy to this country.