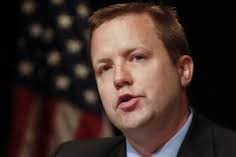 Today a judge in Prince William county denied a writ of mandamus filed by Chairman Corey Stewart and three others to overturn the ruling of the Prince William County Electoral Board which denied a primary to the four Republicans.[read_more] Read more on the chaos leading up to his point here, here, and here.  Arlington Circuit Court Judge Paul Sheridan who came out of retirement to hear the case ruled the Electoral Board of Prince William can decide if the county will have a primary, adding “mandamus is not the right way to proceed.” From Potomaclocal.com,

Republicans argued state law allows incumbent candidates who have won a previous Primary Elections to automatically be allowed another Primary. The judge didn’t see it that way and said state law mandates a Primary Election must be requested by a party or candidate in advance.

Sheridan also denied a request to issue a declaratory judgement that could have ordered the local electoral board to a Primary.

“It is not for a judge, in light of all this, to tell [political] parties, state, or local organizations how to proceed,” said Sheridan.

To choose their nominees, Republicans in Prince William County will now have to decide between a firehouse primary, also called a canvass, or a convention.

Chairman of the board of supervisors Corey Stewart responded to today’s ruling saying,

“This is an attempt by the Democratic Party to disenfranchise members of our military, the disabled, and those who will not be able to participate in this electoral process,”

Stewart added this statement about the electoral board’s decision and the chances that they will change their vote and allow a state run primary,

“I hope they do the right thing. If they don’t – that’s on them… but they’re(sic) decision last week indicated that they’ve decided to take a dishonorable approach…I’m appealing to their sense of justice, and doing the right thing, but frankly, I’m not all that hopeful,”

Did the judge really rule against anything?

Why have a deadline without consequences? Sorta sounds like the recent ethics bill.

Why do Liberal Republicans’s believe they should always get a court issued “mulligan” when they screw up?

Really, this has now become childish play for Republcan’s who seem to continually rely on a judge to be what amounts to little more than a “repair man/woman”, who is constantly relied on fix their screw ups. The courts are crowded enough without these costly and needless maneuvers.

And then, rather than fess up, they blame the Democrats????? Go figure?

Wake up base! Hold the proper people accountable.

* Snicker * Love it — Corey Stewart blaming the Dems for the result of the GOP’s colossal blunder! AND using the Dems’ own tactics and terms to boot.

In a way it’s sad to see Corey Stewart go from a respected, former Lt. Gov candidate to a pathetic joke here. Man up, Stewart.