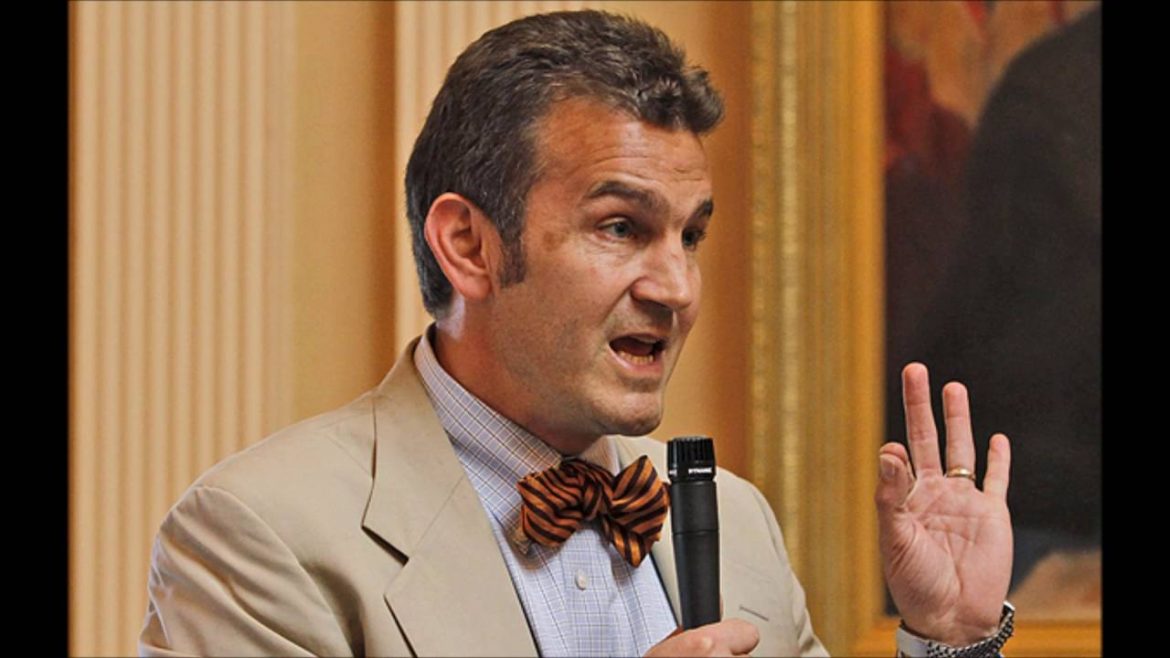 Chap Petersen and Pete Snyder: Get Virginia Back to Work

Odd bedfellows? In a recent Op-Ed entitled, â€œTime to get back to business, Virginiaâ€ State Senator Chap Petersen, D-Fairfax, and entrepreneur and Republican activist Pete Snyder call for a more aggressive reopening of Virginia. The piece questions why large companies like Home Depot are allowed to thrive while â€œMom and Popâ€ operations are being regulated out of existence. As the duo write, â€œUnlike the Wal-Marts and Home Depots whose sales have risen, small businesses have been devastated by the â€œshut downâ€ economy of the past two months.â€ Their prescription for change is relatively simple: â€œWhat is needed is a defined plan for reopening Virginiaâ€™s small business economy, one that gets healthy workers back on the job, while still protecting the vulnerable from the spread of COVID-19.â€

Undercurrents. Itâ€™s pretty easy to understand why a Republican serial entrepreneur like Pete Snyder would be concerned about small businesses in Virginia. Snyder and his wife not only worry about small businesses in Virginia but they are doing something to help. They founded the Virginia 30 Day Fund to help small businesses struggling with Northamâ€™s shutdown. Anybody looking to donate their stimulus check to charity might consider Snyderâ€™s fund. But what about Chap Petersen? Petersen is a long-time Democratic politician hailing from one of the bluest areas of the Commonwealth. Many of his constituents are liberal government employees working from home and secure in the belief that their government pensions will be paid regardless of the lockdownâ€™s damage to the private sector. Why antagonize the constituents who so support Petersen that Republicans no longer bother to run an opponent against him? Perhaps Sen Petersen has bigger aspirations than simply being one of 40 state senators. A broader base of statewide support than can be found among the fops and dandies of Fairfax County would certainly help with that. Or maybe itâ€™s more philosophical and personal.

The ghosts of the Byrd Machine. Chap Petersen is not a member of Virginiaâ€™s plantation elite. He has often said and done things which put him at odds with Virginiaâ€™s old guard politicians who came of age in the privileged world of the Byrd Machine. For example, Petersen routinely sponsors legislation that would have Virginia join the vast majority of American states that limit campaign contributions to state politicians. Needless to say, his efforts to check institutionalized corruption in the state have been successfully opposed by â€œVirginia Wayâ€ adherents from both parties. Could it be that his sense of fair play is offended by the Northam Administrationâ€™s regulations that put Arkansas- based Wal Mart ahead of Virginia-based small business?

Seoul train. Petersen is married to Sharon Kim, a Korean-born attorney and the mother of his four children. He is an active participant in the various Korean-American civic organizations that abound in Northern Virginia. As such, he is keenly aware of the vast economic contributions made to Virginia by Asian-American small businessmen and businesswomen. The very businesspeople who are having their heads metaphorically held underwater by the policies of a governor who, as an adult, thought it was clever to attend a party in blackface accompanied by a date in Klan robes. Perhaps Northamâ€™s racial sensitivity training would benefit from a meeting with Asian-American small businesspeople in Northern Virginia. Our governor cavorts on boardwalks taking selfies sans mask or social distancing while hard-working immigrants are seeing the businesses they spent their lives sacrificing to build go away.

Summary.Â The Op-Ed with Pete Snyder was Petersenâ€™s second public criticism of the Northam Administrationâ€™s lockdown policies in the last month. His first was an editorial you can readÂ here. Regardless of his motivations, Petersen is proving to be the rarest kind of Virginia politician â€¦ an independent thinker willing to take on the old guard and their â€œVirginia Wayâ€ bible. Given his deep Democratic roots this independent streak has the stateâ€™s liberal chattering class up in arms. The comments on his Facebook page where these editorials were cross-posted would make you think that Petersen is the reincarnation of Richard Nixon rather than a moderate Democrat who disagrees with Northamâ€™s Vulcan Death Grip on Virginiaâ€™s economy. Good for Chap. Itâ€™s about time that Virginia produced an independent thinking honest politician willing to cross the aisle and do whatâ€™s right for Virginians. Run for governor, Chap. We need something a lot better than what we presently have.

Chap Petersen and Pete Snyder: Get Virginia Back to Work was last modified: June 2nd, 2020 by Guest Contributor Don Rippert