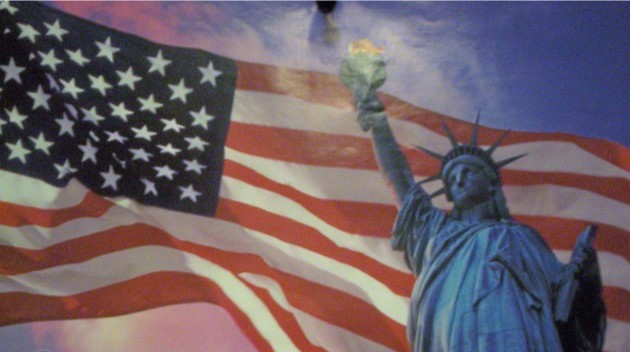 It was the fall of 1992, and I was watching the Presidential debates between George H.W. Bush, Bill Clinton, and Ross Perot.  Bush was suffering from a weak economy and a broken promise not to raise taxes.  Bill Clinton, on the other hand, was already known by this time to be a man of low quality.  A womanizer and serial adulterer, Clinton’s best feature appeared to be his ability to distract people away from his flaws.

During one of the debates Bush made the point that “Character Matters.”  Basically, the character of the person running for office is just as important, if not more so, than the promises they make.  Unfortunately a plurality of voters didn’t listen, and Bill Clinton was elected President.

Fast forward 6 years to 1998 where the only thing being discussed on the airwaves is the Clinton/Lewinski scandal.  The President of the United States had been caught having an affair with a girl young enough to be his daughter and had perjured himself under oath. After lying to the American people for months, the President finally succumbed to the overwhelming evidence mounted against him and admitted the truth, then 24 hours later bombed an aspirin factory in Iraq in an attempt to change the focus of the nightly news cycle.

House Republicans, committed to doing their duty, drafted and passed Articles of Impeachment against the President and argued them before the Senate.  Senate Democrats, however, had no interest in listening and had already decided to protect their guy in the White House no matter what the charge.  Gone were the days when Richard Nixon was forced to resign because members of his own party told him they would no longer support him.  We had been living for 6 years under a President that taught us that expedience was more important than integrity,  that truth was what you could get a majority of people to believe, and the ends ALWAYS justified the means.

If I sound bitter I have good reason, because  I believe the lessons learned from the political success of the Clintons have permeated this Country at all levels of government.

We currently have a crisis of confidence in this Country.  A majority of Americans do not believe their Government is telling them the truth, and frankly, why should they?

Politicians routinely say one thing, then do another. The White House press office has devolved into a propaganda organ that would make Joseph Goebbels proud. We were lied to about the cause of the terrorist attacks on our Embassy at Benghazi. The first reaction of too many Government officials nowadays is to deny everything and withhold information. NOAA releases a hastily written, questionable report on global warming, and then refuses to respond to FOIA requests asking for information about how the study was created.

If I tried to list every example of government betraying the trust of the public, I would never stop writing.  And it’s not just limited to Democrats.

Republican leaders vow to protect our country, then turn around and give the President the power to run roughshod over them in creating a treaty with Iran that will end with the most dangerous country in the world getting nuclear weapons. Republican leaders promise to control spending, then vote to completely remove the debt limit for the next two years. Republican leaders promise to build a strong economy and put people back to work, then vote to give Obama fast track authority to negotiate the Trans Pacific Partnership (TPP) that will send more jobs overseas and bind our country to another WTO style organization that can overrule American laws and safety standards.

The over-arching theme to ALL of these examples is that the people who perpetrated them believe that it is more important to achieve their goal (be it power, policy, winning the next election, whatever) than it is to be honest with us.  In their minds the ends justify the means.  People on both sides of the aisle seem to have learned their lessons from Bill Clinton quite well.

The blame for this behavior ultimately lies with us.  In too many instances we are willing to tolerate the lies (if not believe them) because they are being told by people on our side.  Honor and integrity used to be character traits that were sought after in our elected leaders. Now the leading candidate for President for the Democrats is a woman that a majority of Americans (including Democrats) believe is a liar.  How is this even possible??

I’m not saying all our elected leaders should be saints.  Nobody is perfect, and we have all made mistakes in our lives.  But these days we seem to be more concerned with the promises our politicians make to us, and not concerned with whether or not we can trust them to keep those promises once they are elected.

We like to pride ourselves on being a nation of laws, but we always seem to forget that laws are only as good as the people who make or enforce them.  It’s like the old saying, “garbage in, garbage out.”  If bad people are placed in authority, they will make bad laws, or they will not enforce the laws equally or fairly.  When that happens, you no longer have a free society.

It is up to us to change the tide away from expedience and back towards integrity.  So many of our problems could be solved by focusing on electing honest, principled people to office on both sides of the aisle.  This is a theme I will repeat over and over.   At every level of government we should look for candidates that not only say they stand for what we believe in, but is also someone we can trust to keep the promises they make to us.

It’s not always easy, but we owe it to our Country and to our children who are learning very important lessons about the world and what qualities we hold dear to us.  It might sound trite, but trust me…character counts.

[…] was almost one year ago when I wrote one of my first blog posts, entitled “Character Counts.”  In that piece I make the argument that the arrival of the Clinton Presidency changed the face […]

[…] blame does not fall on them.  It falls on us.  I have written before about the need to support candidates with good character, because trust in our leaders is essential to the establishment of a just and honest government. […]

I agree but ask what may sound like a simple question, yet one I believe has proved increasingly difficult to answer in the 21st century. Where do leaders come from and who is exactly responsible for their development and growth? Honesty and integrity don’t spring out of thin air on an individual assuming adulthood they require nurturance. If you need to question whose job that is today simply demonstrates how critically our cultural heritage and familial social infrastructure has eroded and deteriorated under statism. Without a renaissance of the American family unit and a complete reorientation of out primary and secondary national educational systems the type of leaders you espouse will continue to be the exception rather then the rule. The very first place to start in this endeavour is to root out of every nook and cranny of our political system one of the major contributors to our current state, the pernicious philosophy of multiculturalism. Then the task of chopping away the roots of statist political rule can effectively begin to take effect. Frankly, I see none of this type of thinking or espoused opinion today in the Republican Party’s leadership or elected officials (except in rare cases). For those that believe electing some individual outside the political establishment is an answer, I’m afraid your setting yourself up for disappointment. Solving this problem is going to be a whole lot tougher then a single trip to the ballot box.

Even if we could turn it around right now, it would take at least 20 years to get where we need to be. This is a multi-decade effort. Let’s roll up our sleeves and get to it!

Absolutely. Demanding integrity in our leaders is something that never ends.

“Eternal Vigilance” and all that.

I totally agree with the need to return to traditional family values in our society, and the failure of Conservatives in ceding the education system to the Liberal Intelligentsia is something else I will probably harp on over and over again in the future.

Nobody said we could solve this problem with a single trip to the ballot box, but we have to start somewhere. As long as we continue to accept politicians that feel free to lie to us when it suits them, and refuse to stand up for what they say they believe in, we deserve what we continue to get.

I don’t know where anyone gets the notion that traditional family values are not prevalent throughout our nation. I see it in the schools and with young people online and in person. The values of honesty, hard work, respect and personal liberty and accountability does exist. What is changed is simply a continuation of the 60s, 70s, 80s, etc where citizens of all ages question the status quo and ask why do the same things the same way.