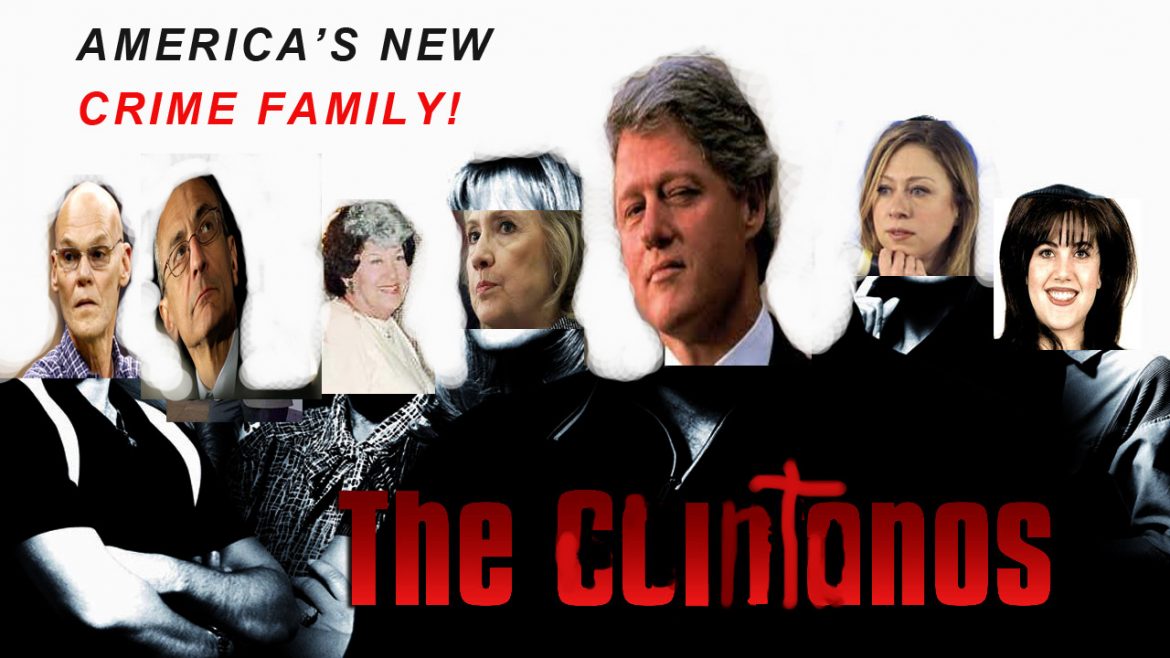 There is no question that it is unacceptable when a foreign power, especially one that is hostile to American interests, meddles in our elections, or if we meddle in their elections.

But as I wrote last month when the independent counsel Robert Mueller’s  “Russiagate” report was released, what Bill Clinton did with the “Chinagate” scandal in the late 1990s was far worst for this country – and again, there is no evidence Donald Trump’s campaign colluded, broke campaign laws and that Russian “help” swayed the 2016 election.

Let’s look back at Chinagate, which the media and even conservative commentators seem to have forgotten all about.  (Here is one column by Larry Elder from early 2017. )

“The  1996 United States campaign finance controversy  was an alleged effort by the People’s Republic of China to influence domestic American politics prior to and during the Clinton administration and also involved the fund-raising practices of the administration itself.

“While questions regarding the U.S. Democratic Party‘s fund-raising activities first arose over a Los Angeles Times article published on September 21, 1996, China’s alleged role in the affair first gained public attention when Bob Woodward and Brian Duffy of The Washington Post published a story stating that a United States Department of Justice investigation into the fund-raising activities had uncovered evidence that agents of China sought to direct contributions from foreign sources to the Democratic National Committee (DNC) before the 1996 presidential campaign. The journalists wrote that intelligence information had shown the Chinese embassy in Washington, D.C. was used for coordinating contributions to the DNC[2] in violation of United States law forbidding non-American citizens or non-permanent residents from giving monetary donations to United States politicians and political parties. …The government of the People’s Republic of China denied all accusations.”

In the case of Chinagate, a number of Americans and Chinese nationals were indicted, and a few went to prison.  One Clinton crony gave $450,000 to Clinton’s legal fund to fight impeachment, later returned. In fact, the DNC returned a portion of the campaign donations.

However, Clinton’s Attorney General Janet Reno never appointed a special prosecutor and at that time, the independent counsel act was in effect.

For example, according to Wikipedia:  “President Clinton’s FBI Director, Louis Freeh, wrote in a 22-page memorandum to then Attorney General Janet Reno in November 1997 that “It is difficult to imagine a more compelling situation for appointing an independent counsel.”

“Robert Conrad, Jr., who later became head of the task force, called on Reno in Spring 2000 to appoint an independent counsel to look into the fund-raising practices of Vice President Gore. “

“A CNN/Time poll taken in May 1998 found 58 percent of Americans felt an independent counsel should have been appointed to investigate the controversy. Thirty-three percent were opposed. The same poll found that 47 percent of Americans believed a quid pro quo existed between the Clinton administration and the [Chinese] government.”

As with Russiagate, Congress probed Chinagate, too.  Investigations ensued under the chairmanship of Fred Thompson (TN) in the Senate and Dan Burton (IN) in the House, who are no longer in office. The GOP controlled both houses back then.

According to Wikipedia: “With regard to their overall efficacy, investigators are on record as having stated that the Congressional investigations were hamstrung due to lack of co-operation of witnesses. Ninety-four people either refused to be questioned, pled the Fifth Amendment, or left the country altogether.”

Partisanship reigned back then, as it is with Russiagate.

A final report in the Senate Committee was adopted 8-7 “on a straight party-line vote,” laying blame on the Clinton campaign, but Democrats published a minority report dissenting with most of the conclusions of the final report, stating the evidence “does not support the conclusion that the China plan was aimed at, or affected, the 1996 presidential election.”

Burton’s probe, alone, had cost over $7.4 million as of August 31, 1998, making it the most expensive Congressional investigation ever — even more than Watergate in 1998 dollars.  Mueller’s investigation cost $30 million.

This all sounds like déjà vu, but the media and even conservative allies of the president fail to note how the Chinagate probe was thwarted by Reno and Clinton allies.

But the bigger problem for the U.S. occurred years later.  In 2000, Clinton paid his Chinese contributors back by supporting “most favored nation status” for China, bringing it into the World Trade Organization.  In succeeding years, some 3-5 million U.S. manufacturing jobs were lost as a result, leading to the downturn in the U.S. economy and loss of standard of living for blue collar Americans. Even Democrat Bernie Sanders has railed against this Clinton move.

In addition, in 1993 and 1999, Clinton sold supercomputers to China , which cybersecurity experts said enabled the country to hack American and European corporate intellectual property – thereby giving it a lead economically.

In 2015, I met with a cybersecurity CEO in Loudoun who told me the Chinese set out in the late 1990s to formulate a team of hackers to raid intellectual property.  The U.S. response has been feeble, as American law does not give authority to private entities to “attack back” when raided.

So, I ask – which scandal was worst – Chinagate or Russiagate?

Indeed, Vladimir Putin is a U.S. and Western European adversary.  He wants to revive Russia as a superpower and so he meddles in places like Venezuela, which is in our hemisphere.  But China has done more harm to us economically and has thwarted our efforts to denuclearize the Korean peninsula.

So, the answer is – Bill Clinton sold America down the drain, not Trump.

Remembering the victims of communism and Tiananmen Square – The Bull Elephant June 6, 2019 at 10:42 am

[…] Bill Clinton, who defeated Bush for re-election in 1992, had the gall at the 1992 Democratic Convention to say Bush 41 had coddled “dictators from Baghdad to Beijing,” but once in office in 1993, with the promise of millions in Chinese donations to help his re-election and the DNC, and sucked in by the globalist lobbyist, Clinton sold super computers to China and made the fatal decision in 2000 to allow China “most favored nation status” in trade – essentially, throwing some 5 million Americans out of manufacturing jobs. […]