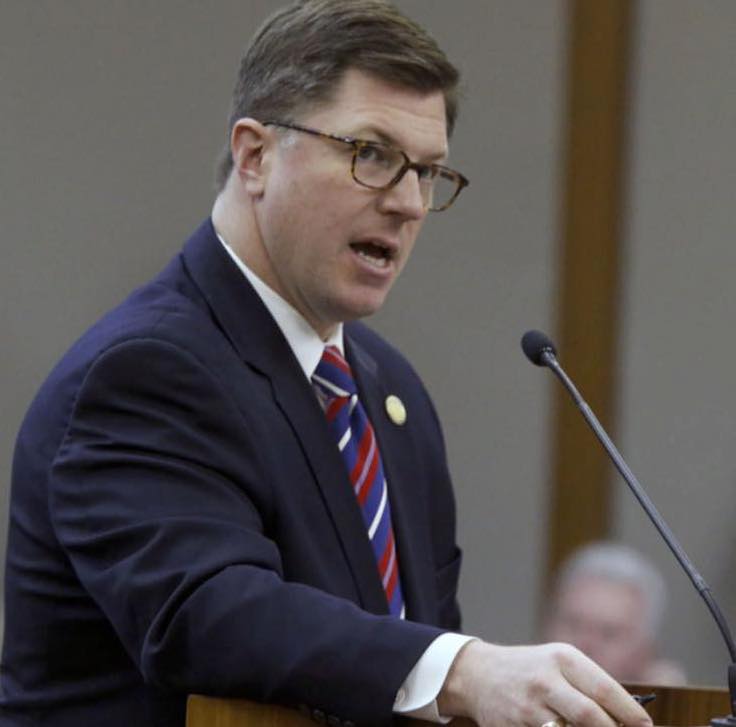 written by Guest Contributor Nick Collette April 26, 2019
The 97th District primary process between Scott Wyatt and Delegate Chris Peace has been a brutal contest, but we are finally nearing the end with the May 4th convention right around the corner. Or so we thought.

The Hanover County Republican Committee’s (HCRC) Executive Committee—of which I’m a member of (for identification purposes only)—has asked Chairwoman Dale Taylor to remove her last minute appointee, Mr. Reynold, immediately for the reasons outlined in the letter below.

This blatant attempt to disenfranchise participants in the nominating process is unethical, improper, and out of order. While the Peace campaign and Ms. Taylor are doing their best to rig this election at the last minute, there is no way to “undo” having a Mass Meeting to select Delegates and Alternates to a Convention. The role of the LDC was to set in motion a nomination method, which they did months ago. Changing course now would greatly damage the Party. Coupled with Delegate Nick Freitas’ message to 97th District voters yesterday, one thing is clear: this is about retaining political power for the Peace campaign and their allies like Dale Taylor.

Mr. Reynold appears to be set to use his influence and weighted vote on Saturday to do the bidding of his preferred candidate, Delegate Peace, to unfairly affect the outcome of the election. Dale Taylor is complicit in this effort and has lost the faith of the HCRC Executive Committee.
As of last night, Chairwoman Taylor refused to follow the Executive Committee’s recommendation to remove Mr. Reynold from the LDC, and I renew the call for her to immediately resign.
The text of the letter is below:

The Executive Committee for the Hanover County Republican Committee (HCRC) met on Wednesday, April 24th. We regret that you were not able to join us in person but appreciate you taking a few questions by phone. After much deliberation and the concerns voiced by a strong majority of those present, a motion was made, and adopted, to draft this letter addressing the events of the 97th Legislative District Committee (LDC) and your involvement in appointing Mr. Mike Reynold to that Committee.

As a result, we, the undersigned members of the HCRC’s Executive Committee, do hereby request that you immediately remove Mr. Reynold as the Legislative District Committee representative for Hanover County due to the reasons outlined below. Should you not do so, we call on your immediate resignation.

Mr. Reynold, as reported in the Richmond Times Dispatch, is a vocal supporter of the Chris Peace campaign. Furthermore, he is not a member of the Hanover County Republican Committee. It came to light last week, and has subsequently been confirmed by an “Official Special Meeting Call” of the “97th Legislative District Committee of the Republican Party of Virginia,” that shortly after your appointment of Mr. Reynold a potential effort to change the method of nomination was launched at the last minute.

An item on the agenda for the Special Meeting, under “New Business,” is as follows: “Rescind or amend a motion previously adopted regarding the nomination method for the 97th House of Delegates district.” This meeting, which will be held on Saturday, April 27th, comes exactly one week before the scheduled convention date of May 4th. Mr. Reynold, according to the meeting call, carries 62.96% percent of the weighted vote and has the sole authority to change the method of nomination due to your last minute appointment of him to the LDC.

This completely violates the faith and trust of the 1,673 delegates and alternate delegates that signed up to attend the convention on May 4th assuming they would be allowed to vote in a process that was decided months ago. Countless hours, Committee funds, and volunteer efforts went into holding the mass meetings to elect delegates to the convention. With your appointment to the LDC, all of this can be undone in what appears to be a concerted effort on your part to meddle in the outcome of the election.

We find your role in appointing Mr. Reynold to be unethical and directly violates any goodwill a committee has with a Unit Chairman to be a fair arbitrator of the process. You have subsequently ignored numerous attempts to be reached by members of the Executive Committee over the last few weeks, both by phone and email. It is our belief that the members of the HCRC deserve a leader who will be transparent, and the appointment of Mr. Reynold openly disregards all notions of transparency.

We do not wish to belabor this process or cause you any embarrassment but you have indeed diminished the dignity and credibility of the HCRC. For this reason, we hope you will see fit to remove Mr. Reynold and appoint a representative supported by the Executive Committee. Should you not remove Mr. Reynold, we immediately call on your resignation.

Reply
Corrupt Shenanigans By Chris Peace & His Allies Must Not Succeed – The Bull Elephant May 3, 2019 at 1:56 pm

[…] member of the Hanover committee and thus cannot be a member of the 97th LDC in the first place. But he is a reliable shill for McGuire-Woods, the worst influence in all of Virginia Republican politics, and is all in for Chris Peace, a […]

[…] changing the method of nomination with the help of Hanover Republican Committee Chair Dale Taylor, who’s last minute appointment of Mike Reynold to the LDC is the sole reason we are here in the first place. There has since been a petition for her removal, […]