It was a resounding 2-1 victory (252-126), so instead of having the results shared out loud, his opponent made a motion to nominate Stearns by acclamation.

Chris Stearns won 3rd district chairman two years ago and Cantor’s consultant, Ray Allen, was apoplectic. I am serious – he came UNGLUED! He no longer had his partner who played in the mud with him, Mike Wade, and that simply would not do. So  Ray Allen declared (inside baseball type of ‘declare’) that the 3rd district was his number one target when Chris Stearns came up for re-election. 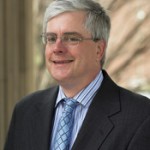 Two years later and Ray Allen wasn’t messing around. Young Guns Virginia (Cantor’s PAC) got to work early. They hired staff, made personal calls, and paid for slick mailers. It is estimated that Ray Allen and crew have spent upwards of $100,000 to retake control of the 3rd District on State Central Committee. Mind you, this is all for intra-party elections.

They were not just playing inside baseball, they were playing hard ball too– slating!  They knew they could not beat Chris Stearns without slating (even with all the paid staff and 100K), so they slated in Richmond City.

Here is where it gets REALLY interesting. They also needed to slate in Henrico in order to beat Stearns, but guess what? We stopped them cold in Henrico!!! Stearns was so organized in all the other counties that he crushed them with a 2-1 victory EVEN WITH THE SLATING!

So there you have it. Don’t ever let your activist friends throw in the towel with the lame excuse, “it’s no use, you just can’t beat big money and politicians!” This young man in his 20s, Chris Stearns, just looked Cantor/Allen/Young Guns square in the eye and slapped them back convincingly!