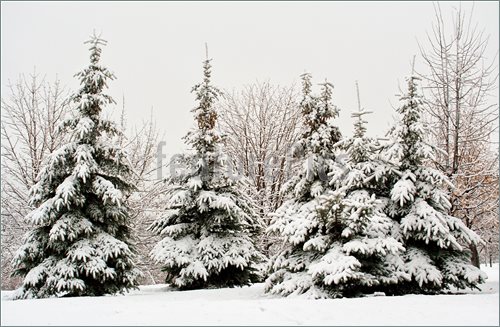 Christmas in Romania–the Season of Faith, Family, and Charity

Christmas was my Dad bringing home proudly a scraggly fir with sparse branches – fragrant with the smell of winter, tiny icicles hanging from the branches, miniature crystal daggers, melting on my mom’s well-scrubbed parquet floor. I never knew nor asked how he could afford it from his $70 a month salary that barely covered the communist subsidized rent, utilities, and food. No matter how bare the branches of my Christmas tree were, it was magical to me.

We decorated it together with home-made paper baskets filled with hard candy, raisins, and small butter cookies, crepe paper garlands, small pretzels, an orange wrapped in fine tissue paper coming all the way from Israel, a few apples dangling from a string, and 12 red and green 3-inch candles clipped carefully away from overhanging branches that could catch on fire.

Mom’s hand-stitched table cloth made a convenient tree skirt. Two metal bars forged by hand helped Dad nail the tree to the floor at the foot of the couch where I slept in the living room that doubled as my bedroom.

I fell asleep and woke up every morning setting my eyes on the scented tree. It lasted two enchanted weeks before the dried needles fell all over the floor.

Christmas was lighting one of the 12 candles for a few minutes every night, careful not to set the tree on fire, basking in the soft glow while Daddy’s twinkly eyes were beaming with pride that he made his family happy once more. We were rich with love and God’s blessings.

Christmas was standing in shorter lines for freshly baked bread, butter, milk, cooking oil, flour, sugar, and the small pork roast mom always baked in the gas oven. Grandpa’s homemade smoked sausages with pretzels toasted on the stovetop were always on the menu. Grandpa used to joke that life was so spectacularly good, even the dogs ran around with pretzels on their tails. Pretzels were sold by big bags, hard and stale, but toasting them on the stove made them taste just baked.

Christmas was the village carolers in hand-sewn folk costumes coming door to door, trudging through 3 ft. of snow, pulling a plow decorated with a real fir tree, singing traditional songs and snapping their whips in spite of the Communist Party moratorium, forbidding the observance of such religious traditions.

Christmas was sneaking at midnight to the village Orthodox Church with aunt Leana, the singing deacon, lighting candles and praying, surrounding the building when the crowd overflowed its tiny confines into the yard and the cemetery. The cold chilled us to the bone but the inside eventually warmed from our bodies, the candles, and the excitement of prayers and closeness to God.

Christmas was eating with my Mom and Dad, feeling full, happy, and loved in our tiny apartment, sometimes sharing meals with family members who had traveled far to be with us. The spare wool comforter aunt Nicuta had woven, a blanket, and set of sheets painstakingly hand washed would make cozy beds on the floor for the tired traveler – no fireplace to light up, just the coils of steam heat which the government generously made sufficiently hot during Christmas to make up for the cold misery during the winter.

Christmas was peering in the shop windows at the glass ornaments we could not afford but I wished I had. They were made in Poland, whimsical fairy tale characters, no religious symbols of any kind, they were “verboten.”

Every Christmas I longed to have the same doll in the window at Omnia department store, dressed with miniature detailed  clothes, real curly hair, blue eyes, and eyelashes. I never asked my Dad because Mom said it cost three months of his salary. I still had my raggedy cloth doll aunt Stella, the village seamstress, had made for me when I was two years old. When my first child was born, Dad mailed her a large doll similar to the one I had longed for. The doll was so big, it stayed in a corner untouched. My spoiled children had too many other toys to play with and never appreciated the sacrifice their Granddad had made in sending such a gift of love.

On Saint Nicholas Day, December 6, I would put my boots outside the door, hoping that they would be filled with candy in the morning and not coals. Grandpa had a wicked sense of humor – he would sometimes fill one boot with switches and another with candy and a chocolate bar. Chocolate was always in short supply and hard to find.

Grandpa never bought a blue spruce – we cut a fir tree from the woods. We were careful not to cut down a tree that had bird nests in it. We decorated it with garlands made from shiny and multi-colored construction paper. We cut strips, glued them in an interlocking pattern and voila, we had our garland. For ornaments we used walnuts and shriveled apples from his cellar, tied with Grandma’s red knitting wool.

The warm adobe style fireplace built from mud bricks mixed with straw cast a dancing glow on the tree decked with tokens of food, something our heathen Roman ancestors did during the celebration of Saturnalia. On December 17, the polytheistic Romans celebrated Saturnus, the god of seed and sowing, for an entire week. As Christians, we celebrated the birth of Christ and the religious traditions in our Orthodox faith, in spite of the communist regime forcing the transformation of Christmas into a secular holiday.

On Christmas Eve, after we ate Grandma’s traditional Christmas supper, roasted pork, sarmale (stuffed cabbage rolls with ground meat and rice), and mamaliga (corn mush with butter cooked in a cast iron pot), we went to the midnight service at the Orthodox Church not far from her house. Sometimes it was a sloshy trek and other times it was icy and slippery. If we got lucky, a heavy snow would turn our walk into a winter wonderland with dancing snowflakes shining in the weak street lights. We had to bundle up well – the church was not heated and we circled it three times during the procession with burning candles in our hands. I always wore my flannel pajamas under many layers of warm clothes. To this day, pajamas are my favorite garment – cozy and comfortable, keeping my body warm.

When my children were born, Christmas became a tradition of toys and happiness seen through squeals of innocence and twinkly eyes when unwrapping a favorite game, book, toy, stuffed animal, or bike. I taught my children to be charitable and to share with other children who were less fortunate than we.

I decorate my Douglas fir with beautiful lights and shiny ornaments now. My heart fills with loving and longing memories of glowing Christmases past and of family members lost who made our Christian traditions so special.

I hope and pray that American Christmas traditions will be passed on to future generations to light up the season of faith, family, and charity.

Note: An abbreviated version of this article appeared in my first book, Echoes of Communism, 2010 edition.