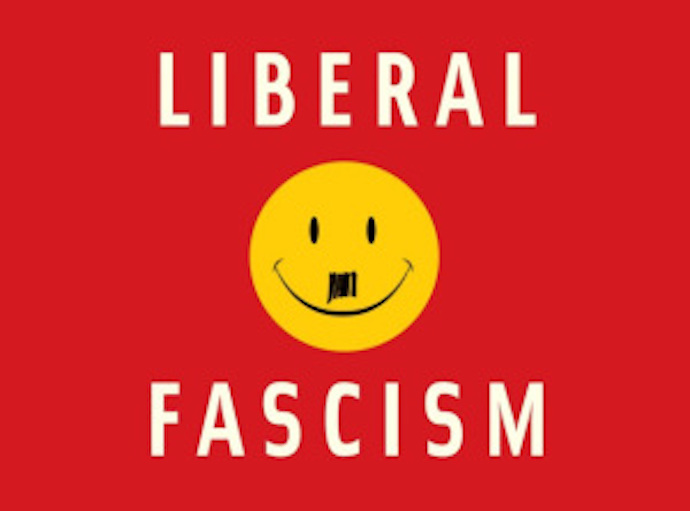 People who believe that Nazism is leftist are simply deniers of history. Conservatives who fail to grapple with this fact, are deluding themselves. Anyone who has studied the Third Reich cannot deny there were leftist, collectivist elements in Nazism, aimed at the equality of all Germans. However, the essence of Nazism, described by the late traditionalist blogger Lawrence Auster, was “the glorification of Aryans over the rest of mankind, which could not by any stretch of the imagination be called leftist.”

In explaining where Nazism stood on the political spectrum, Auster wrote,

“Internally, with regard to the ordering of German society and the relations of the German people among themselves, Nazism was a form of leftism. But externally, in its relation with non-Germans, Nazism was an extreme form of rightism. And obviously the aspect of Nazism that is of most interest to the world is its relations with the rest of us, in the same way that the aspect of Islam that is of most interest to the rest of us is the jihad war and subjugation that Islam commands against non-Muslims, not the putatively egalitarian practices followed within the Muslim community by Muslims.”

Auster believed that on the Right,

“[T]raditional conservatives believe in ‘larger wholes’—the realities of nature, society, and God—of race, culture, and religion—that make us what we are. They (conservatives) believe in natural and spiritual hierarchies that are implied in these larger wholes. Inequality is built into existence.”

However, on the Left,

“Socialists and Communists, like traditional conservatives, believe in larger wholes, but the wholes they believe in are seen in terms of equality: the whole of society—equal; the whole of the human race—equal. They believe that man has the ability to engineer this larger, equal whole into existence, wiping out the unequal, inherited orders of class, sex, nation, race, religion, morality, and thus creating a New Humanity. Only the largest whole—humankind—is good, because only at the level of all humanity can there be true equality and fraternity uniting all people.”

Returning to the question of whether the Nazis were leftists, Auster wrote,

“Nazi race worship is thus not a form of leftism, aiming at the equality of all people, but an extreme, perverted form of racial rightism. It takes the biological reality of the German people and makes it into the source of all moral and spiritual values, a god elevated above the rest of mankind, which in turn is seen either as having no right to exist (Jews and Slavs), or as having the right to exist only as slaves or allies to the Germans. Yes, there is a leftist aspect in the Nazi attempt to engineer into existence a New Order for all mankind, rather than respecting and preserving the existing orders, as normal rightists do; but the Nazi construction of a New Order is secondary to the extreme racial particularism and supremacy which are the core of Nazism, and which the New Order is designed to serve.”

And before anyone knew of the Alternative Right and its offspring, White Identity, Auster wrote years ago:

“There is thus a continuum between traditional, moral racialism, consisting of the normal and legitimate desire of a people to preserve and carry on its existence, and the fascistic and demonic racialism of Nazism. Moral racialists (and traditional conservatives) need to acknowledge this reality and justify their position by explaining that Nazism is an extreme and perverted form of racialism, rather than trying to escape the problem by pronouncing the mantra, ‘Nazism is really leftism.'”

Clearing up once and for all the idea that Nazism is Leftism was last modified: August 18th, 2017 by Guest Contributor Mark Jaworowski
124 comments