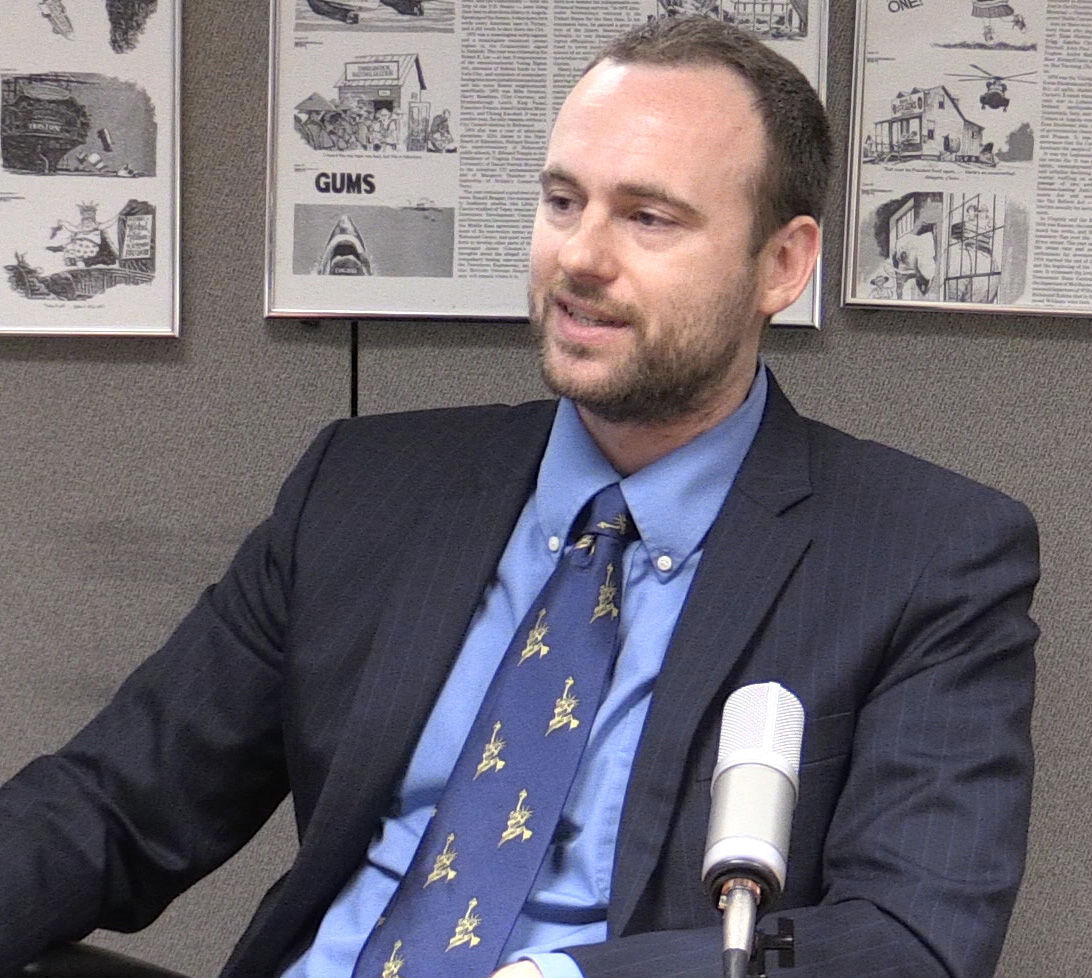 The third candidate for Governor who will appear on our ballots in November is Libertarian Cliff Hyra, age 34, a patent and trademark attorney.  He is married and has three children with a fourth child to be born in August. He grew up in NOVA and now lives in Mechanicsville, his wife’s hometown. Hyra some very appealing views on a number of issues. From the Richmond Times-Dispatch:

“I feel strongly about empowering people to make their own choices,” he said, “because I care about other people and about our community and I fear the corrosive effects of a government that thinks that it knows what’s best for everybody and is prepared to force everyone to act accordingly.”

“I want to put choice and competition into the education system here in Virginia.”

Hyra proposes a rather substantial cut in taxes.  From the Richmond-Times Dispatch:

On taxes, Hyra would exempt the first $60,000 of household income. On his campaign website, he says he would avoid the “massive marriage penalty” by allowing individuals to exempt $30,000. Taxable income above that would be taxed at a flat 5.75 percent.

He says the average household would pay no state income tax and would have a savings of $3,000 per year.

The math on how this large decrease in taxes would affect the Virginia budget is fuzzy.  He’s working on it.

Hyra wants to legalize marijuana and tax it just as we do alcohol and tobacco.

Should Hyra be allowed to debate against Republican candidate Ed Gillespie and Democrat candidate Ralph Northam?  I agree with Norman Leahy when he says “Let the Libertarian Debate”.

Whether he debates or not, I don’t care. I just don’t like third party candidates in Virginia, they always swing the elections to the Democrats. Sarvis (twice) and Scott York in Loudoun.

Well if the Virginia Republicans would put forward a candidate worth voting for, then maybe they wouldn’t have anything to worry about regarding 3rd party candidates…

So we have two pro abortion candidates on the ticket vs the pro life conservative. Nice

He should be allowed in the debate but I’d be shocked if he was.

Both the Repubs and Dems are terrified of third parties. Not really sure why since none of them are even close to gaining any kind of foothold at any level of gov’t. So perhaps its really just the “new” ideas they’re afraid of.

Cliff Hyra is on the ballot and should absolutely be in the debates!