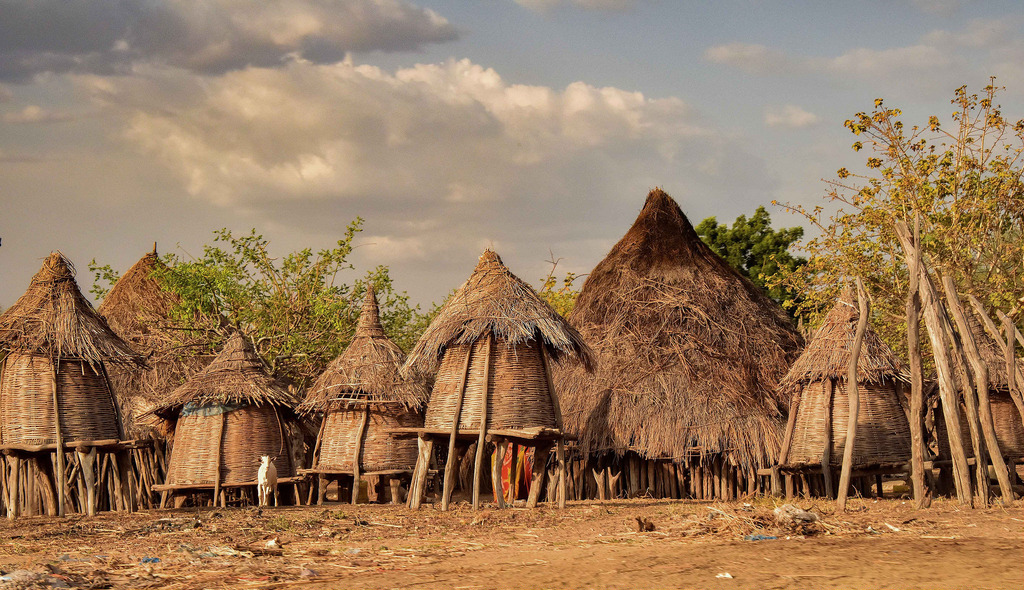 All this could be ours...

Global Warming is a “new kind of morality,” said scientists in the British documentary, The Great Global Warming Swindle. The dark side of that “morality” is seldom mentioned in the mainstream media and is virtually unknown to most of the American public. But President Obama let it slip – perhaps “unwittingly” – in his call for the international community to “save the planet” by fighting climate change via restrictions on carbon dioxide emissions. The campaign’s dirty secret is the disastrous effect the Climate-savers’ anti-industrial plans would have on the poorest of the poor in the Third World – especially in Africa and Asia.

It’s already known that science is being prostituted by government-funding for climate-research which has a political agenda and a desired result. Scientists who disagree with the “settled science” (as super-environmentalist Al Gore calls it) on climate can find their funding withdrawn, their professional integrity questioned and even their lives threatened. Canadian climatology Ph.D Tim Ball – a global warming skeptic – has received several death-threats. Dr. Patrick Michaels, a Senior Fellow for environmental studies at the Cato Institute, was falsely accused of being in the pay of the multi-national fuel interests. And the late Nigel Calder, a renowned science writer, noted that people who raise a contrary voice to the so-called “consensus” on global warming and climate-change are called “heretics” and “flat-earthers.” He called global warming “a religion.”

This perversion of scientific inquiry is bad enough, but the climate-crusade’s darkest aspect, by far, is its opposition to Third World industrial development. Western governments, including the USA, have agreed to block development in the Third World in order to retard CO2 emissions – ostensibly to “stop” climate change. This incredibly cruel objective redefines idiocy beyond anything the Three Stooges ever did.

Mr. Obama’s recent pitch at the United Nations, asking poor countries to remain primitive to “save the earth,” met with a decidedly cool reception (so to speak). Cameras captured no images of African delegates rolling their eyes, but I have no doubt that many were wondering what spaceship Mr. Obama had arrived on. No sane Third World politician wants his country to remain primitive, undeveloped and dirt-poor.

Some 2 billion people in the world lack access to electricity. Most cook and heat with smoky, open fires – burning wood or animal dung in unhealthy atmospheres that cause deaths of some 4 million children from respiratory ailments every year. There is no electricity for lights, hot water, refrigeration, heat, or cooling. Industrial development is impossible. The modern life Americans expect simply does not exist. One African official interviewed on the Global Warming Swindle video said the West cannot imagine how hard life is without electricity. He bitterly denounced “romanticizing” a primitive African existence that no westerner would tolerate for five minutes. (He didn’t say, but I do, that this is truly racism at its ugliest, most degenerate level.)

Africa possesses vast resources of coal, oil and natural gas that could enrich the continent and improve the lives of its people. Official estimates put oil reserves in Africa’s top 20 countries at a trillion barrels – enough to supply the whole world for 100 years – and natural gas reserves at 484 trillion cubic feet. These estimates do not include possible shale-oil reserves, which have not yet been investigated. Immense coal reserves are also suspected, but even rough estimates are unavailable because of limited exploration. All African nations need is western engineers and technicians to help them develop their resources and build their industrial bases. Some analysts say Africa could be the “China” of the 21st century. Its potential is virtually unlimited.

But environmentalists and western politicians oppose development of these resources. They want Africa to produce power only with solar panels and windmills, even though electricity so generated is unreliable and three times as expensive as electricity from coal-fired generating plants. Rich countries can afford the luxury of experimentation, observed the African official quoted earlier, while poor countries are expected to use the most expensive, inefficient forms of power-generation. The African dream is to develop, he said. You might power a light bulb with a solar panel, but you can’t run steel mills and factories with power generated in that way.

The ugly truth is that European leaders want to keep Africa undeveloped because they fear the economic threat that the huge resources and human potential of a billion work- and nutrition-starved people would pose to a Europe of declining populations, stagnant economies and high unemployment-levels. The competition of a resurgent Dark Continent would be an economic and political danger to Old Europe, and its leaders are united in their determination to stop that threat. This is the really (really!) dirty secret of the Climate movement.

Basically, the Climate movement is anti-human. Its strategists view people as the “problem,” not as contributors to prosperity. Their vision is a green, natural, non-industrial earth, sparsely populated by hunters, gatherers, and hand-tillers of the soil. (Somehow, one doubts that stock-brokers, car salesmen, pro athletes, bankers and politicians will be found in that population.) Few ordinary citizens realize all this, having been led to believe that the movement is benign – like the anti-pollution crusade of the past 50 years. Being “green” is the happening thing. Businesses cheerfully offer to help customers “save the planet” by doing away with paper bags and charging extra for plastic. Climate-change activists march from triumph to triumph on the political scene.

Climate politics are so firmly entrenched in the USA that they seem invincible. Opposition is stomped, or simply ignored, as Big Media and pols gleefully ride the Climate Express at full-throttle. The danger is great because so many people don’t see the movement’s true objectives. During his two terms in office, Barack Obama showed himself all-in on the climate-control crusade. A skeptical Congress denied him the cap-and-trade carbon-control legislation he wanted – even when his own party controlled both houses – but he issued far-reaching executive orders and EPA regulations intended to destroy the coal industry, send electricity rates sky-high, cripple the economy and impoverish our most vulnerable citizens.

Only the election of Donald Trump kept the American economy from going over the falls. His early attempts to reverse Mr. Obama’s destructive “green” orders have been met with hysterical political and media opposition. And his withdrawal from the Paris Climate Agreement placed him just below Diablo in the liberal “theology.” The jury is still out on whether Mr. Trump can resuscitate the coal-industry and make the USA energy-independent, as he promised desperate workers in his campaign.

We have some huge problems in the world – including disease, hunger, and ignorance in desperately poor Third World countries. Mr. Obama made no mention of these, except to promise more “aid.” But that will just be money poured down a bottomless drain. If we have any spare change, we should spend it to help those nations develop their copious resources so they can address these needs themselves – not squander it on silly attempts to change the climate that will do nothing except waste precious funds and make us as poor as Africa.

If backward places like Africa are ever going to pull themselves out of their primitive past, they must be able to use all the resources at their disposal. They’ll never do that with windmills, solar panels, dirt-floor huts with rats running around, and smoky cook-fires burning buffalo shit. This move to restrain Third World development to “save the planet” is downright immoral. I’m ashamed that America has been involved in it.

What’s worse, with Al Gore and the “medieval environmentalists” running things, we could all end up the same way. Dust off that old bicycle. You’re going to need it. And check out those grass huts. Pretty neat, eh?

If you haven’t seen the Great Global Warming Swindle film, you can find it on-line. Here’s the link – https://www.bing.com/videos/search?q=great+global+warming+swindle&view=detail&mid=80039F47868CEEA5F13D80039F47868CEEA5F13D&FORM=VIRE