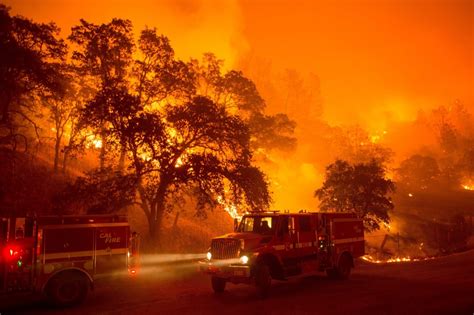 “It’s a modern-day case of Babelism”

Climate change is such a deliberately complicated and combative issue today because the scientific, academic, business, governmental, and political institutions no longer have the American people’s trust. Their now blatant dishonesty identifies them above all else.

It’s simple; follow the money. There are trillions of dollars to be harvested by “changing the way we live” to fight climate change. The incentive of unimaginable wealth and the exclusive power over people’s lives that comes with it is like a dark enchantment to the human soul. It is irresistible to the worst among us. And that is who leads us, the worst.

As I write, the political ruling class in Washington – the uni-party – is proposing to spend trillions of dollars on top of the billions and billions already poured out, promoting various scams, subsidies, studies, and rigamarole to address “climate change.” It’s a breathtaking plundering of the economy and wealth of America.

It is also an assault of common sense, the scientific process, and historical knowledge.

But, mostly, it’s a sand trap for human advancement and liberty. The only thing corrupt institutions produce is more corruption. And more is never enough.

Over the last several decades, these scientific and governmental institutions have repeatedly been found falsifying the numbers and methodology for obtaining climate data. They have been caught red-handed time and again manipulating numbers and presenting hysterical interpretations of the consequences of inaction. No one is ever sacked or held accountable for their dishonesty, of course. The goalposts are just moved.

Peruse the avalanche of books, studies articles, T.V., and political speeches – the list is endless – since the 1970s, and you’ll be astonished by the chameleon-like ever changing institutional rationale for “fighting climate change.”

From freezing ice ages to now melting ice caps. Dying seas to unending floods. Too much rain and not enough rain. This city will be underwater by such and such a date. When none of these predictions happen, it’s on to a new scare tactic. The “climate industry” quickly changes to the next impending calamity. [Many wags have fun with the 100% failure rate on climate catastrophe predictions over the last 40 years; I’m fond of John Nolte’s 0 for 41 doomsday list (here), the The Competitive Enterprise Institutes “news clip” listings (here), The Federalist [here]. But there are many to chose from.]

The fever-pitched climate theater without context is everywhere now. One of the climate industry’s go-to, best-ever tools is ignoring, misrepresenting, or selectively using historical information about climate and natural events. (I’ve written several articles on this (here and here) over the years, and it never gets old.)

Right now, much of the western U.S. is in a drought, and California is fighting a massive wildfire. That information is presented in the media as a real-time example of “climate change,” with the attendant implication that if we spend trillions of dollars and up-end our lives, we can control these specific events.

It’s a modern-day case of Babelism.

An example from The Hill [here] demonstrates how blatant hysteria and misinformation run over scientific fact. The lead reads, “Fires and devastating heat waves are raging across the Western United States, leading climate experts to worry it has become trapped in a cycle of extreme heat, droughts and fires [sic].”

While a dramatic and catchy piece of “climate change” propaganda, the truth is droughts and heatwaves in the Western and Central US are relatively regular and often long. And this isn’t true only for the 20 and 21st centuries; it appears to have been true for thousands of years.

Many other notable droughts have come and gone, including the Civil War Drought and the 1874 drought known as Year of the Locusts (here). A drought that covered the eastern slope of the Rockies and Colorado triggered an exodus of untold billions of voracious locusts in search of food. They swarmed over the Plains states to Texas in hordes so large that they “blotted out the noonday sun,” eating crops to the nub and stripping trees bear.

But these were hardly the worst droughts. From 900 AD to 1300 AD, the Northwestern Great Basin and the Sierra Nevada were devastated in what is known simply as the “Megadrought.” It was so protracted in scale and severity that it permanently altered the area’s wildlife, plants, and trees.

In 1350 the weather patterns shifted in North America, and bone-dry arctic air replaced the moisture carried on the winds from the Gulf of Mexico into the vast Central Mississippi Valley. The once-great Mississippian American Indian culture collapsed in a generation as the “Little Ice Age” settled in for  500 years until the 1850s. [The world is in the Holocene interglacial period at present, which began at the end of the last glacial period, ending about 10,000 years ago.]

Among the recurring themes is that wildfires are more frequent and intense now because of climate change. But it simply isn’t that clear.

Forest fires in the Northwest, especially California, have always been a significant issue, historically more than now. Malcolm North of the US Forest Survey stated in a 2020 Forbes article, “California was a very smoky place historically. Even though we’re seeing area burned that is off-the-charts, it’s still probably less than what used to be burned before Europeans arrived.”

Wildfires are an ever-present part of the far west. Massive fires were recorded in the San Francisco Chronicle and the New York Times in the late 1800s (and reports go back to the late 1700s.) Before that, American Indians burned off forests regularly to remove fuel for the frequent wildfires that occurred. The mighty Sequoia Tree is the most massive tree on Earth and can live up to 3,500 years. It only grows on the western slopes of the Sierra Mountains of California and its colossal seed cones, known as “widow makers” because of their size, open only in forest fires.

Perhaps more critical to the uptick in wildfires is that in the last 100 years, California’s population has grown from 3.5 million in 1921 to nearly 40 million in 2021, with cities and towns expanding into semi-arid regions already prone to fire. As that expansion took place, aggressive fire suppression became commonplace. According to many experts, fuel debris in the last 100 years is up to five times greater than before Europeans arrived without regular burns or clearing dead brush and trees. (One interesting observation is that California has 52% of its land owned by the federal and state governments and 48% owned by the private sector. Texas has more forest and higher temperatures, yet 95% of its land is owned privately with far fewer fire issues.)

Even the temperatures as a contributing factor are open to debate. Perhaps the last 100 years have warmed up, while that is subject to the debate of who, where, and how the temperatures were recorded. But, it’s not clear that this fluctuation is unusual. The continental US is a unique landmass and has the most violent weather events in the world. And it’s notoriously unstable and unpredictable.

The Desert Southwest – and especially California’s Death Valley situated in the Mojave Desert along the Great Basin Desert is hotter than a frying pan. But, some years are just hotter than others. At least in modern times, the high temperature (and the hottest temperature recorded on Earth) was in Death Valley in 1913 at 134 degrees.

But scorching weather is not unheard of across the southwest and the American Plains states – even up to 120 degrees. Ten states in the southwest and both of the Dakota’s have reached over 120 degrees or higher. Another 27 states have high temperatures of 110 degrees up to 120 degrees. And every state in the Union, including Hawaii and Alaska, has had a high temperature of at least 100 degrees. Many of these records go back over one hundred years ago or to the Dust Bowl years in 1936.

Most Americas are all for conserving and protecting our environment. If cleaner fuels or technologies are developed, most of us will be tickled pink.

But, to set out, which the government is doing, to radically alter our national life – the structures in place that light our homes, fuel our factories, and propel our transportation – should surely require more careful thought and consensus than a multi-trillion dollar vote in Congress passed by one or two votes.

I’d rather eat donkey shxt than wake up to 4 more years of Trump tweets. As usual, the author creates division, all the while avoiding possible solution of this issue or any other. Sounds just like any other good Democrat doesn’t he?

A vote for Trump in 24’ will be a vote to overthrow Democracy. However, by then, you’d maybe think the Republicans could find a real President in waiting.

I plan to vote for Youngkin.

Well, yes, when one side is trying to impose its Climastrology cult there will be devion among the Normals who reject them. The solution is to tell the cultists to pound sand

The liberal communists are using climate change to control us. They are using weather machines and other tech to create the so-called climate change they claim are occurring naturally. Biden is in charge of this and sets the temperatures and extremity of weather to convince the sheep about climate change. They want to kill this country to meet their liberal needs.

Yes, the Climate Cult is insane, but how do we get through to these religious zealots?

I’d like to know if our Loudoun students are hearing this truthful side of our environment. Is there any way to find out?
The last page of an AP world history text (a neighbor’s) described how the planet is warming, etc. Why was it even in a world history text? It is already a given that humans are causing it. Another look at that theory is warranted.
Several generations have now been taught they must save the planet, creating fear in their minds.
Sustainability/sustainable development are words from the United Nation’s Agenda 21 (actually from the Club of Rome’s book, “Limits to Growth,” 1972) and are now ubiquitous. The real meaning is we are using too many resources and there are too many people in the world. We must change our economic system so that green elites can decide what resources may be used, what can be produced from them, who will receive this green production (those with high social credit scores, of course).
The other side of the fear coin is pandemics.
So will green fear (UNEP) partnered with virus fear (WHO) persuade the world to accept the horrible “Great Reset”/Agenda 2030?
We are blindly heading in that direction.

I think the green in the new green deal is the color of money. It is the most asinine collection of ideas ever contrived by a group of politician. Worst of all it is impractical both scientifically and in human terms.

You are exactly correct. Science and logic don’t matter. Shifting money from the Democrats’ political enemies and giving it to their political friends is the core purpose of the Democrat Party. They know, if they continue on that redistribution of money path, Democrats will eventual weaken their enemies into irrelevance. Any pretense is acceptable if it accomplishes that goal.

I think you could not be more wrong

In another instance of how just one vote counts, in 1995, a balanced budget amendment passed the House of Representatives and came within one vote of passing the Senate. We would have considerably fewer problems now if that amendment had been passed then. Sigh.