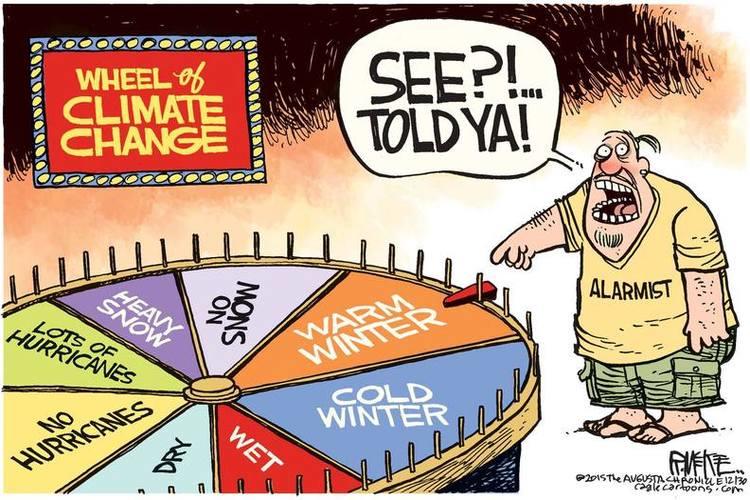 Every time I hear somebody talk about “climate change”, I realize it is just the modern day equivalent of the scam of medieval times in which people were told that, although it was bad to commit sin, if they paid a generous amount of money to the church (called indulgences), their sinning would be overlooked.

The same is true today.

While using fossil fuels in an attempt to live an affordable, comfortable, safe, advanced lifestyle is supposedly a “sin” against the climate, if we just agree to pay more in taxes, higher electricity prices and buy “carbon credits” (indulgences), our “sin” will be overlooked.

Yes, the climate is changing. It has always been changing. On its own. Just like it always has and always will. There is no “constant temperature” that Earth should remain at (which seems to be one of the central points of the climate change alarmists).

Back in the 1970’s, at least one magazine cover told us about the coming ice age. One Hollywood “climate expert” told us in 1980 that the oceans would be dead by the year 2000.

Have you noticed that all the current supposed climate calamities are predicted to happen 50 to 100 years from when they are first announced? That’s because the people claiming those calamities will happen to know they probably won’t be alive to be held accountable for their incorrect predictions.

Some of us have figured out that the “climate change” hysteria is just the latest incarnation of the medieval indulgences scam designed to confiscate more of our money and give it to unelected, unaccountable people (United Nations IPCC for example) who have no ability to change the climate but have a strong desire to line their own pockets.