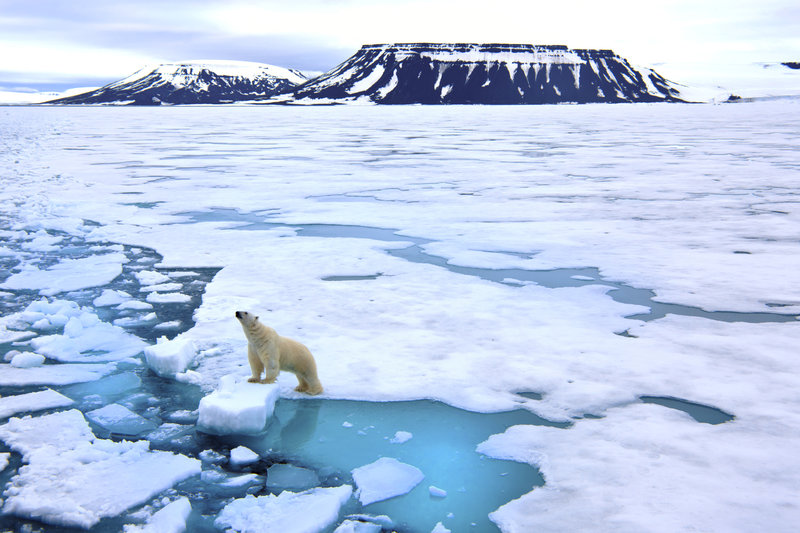 Climate Change; the Argument Heats Up

Snap quiz; what should the temperature be wherever you are today?

Not sure? Then how about the overall climate, throughout the year and year-to-year? Should it be colder, or warmer? Too much snow, or not enough? How about the summers, too hot? Too much rain, or too little?

Still not sure? How about the global climate patterns then. Too hot, cold, or just right? And if it changes, is that bad? The most important question is, regardless of what the climate does, can humans control it?

Of course, however you answer these questions, it’s for subjective, not objective, scientific reasons. That’s because scientists can’t answer those questions anymore rationally than we amateurs can.  Scientists can only project what changes they think might come about because the climate warms or cools.

Every change in the overall climate has pluses, and negatives. Warming will benefit some and inconvenience others, and will affect human activity for both good and ill. The same with cooling.

As obvious as this seems, the political battle over climate change (see my previous articles here and here) – and it is all political – seems to have the ruling class, the elites, panicked over diminishing public concern generally, and President Donald J. Trump specifically.

The public consistently ranks climate change way, way down on the list of important issues facing the country, while the President, in a bold move, opted the U.S. out of the “Paris Accords,” which would have disproportionately affected the U.S. in legal obligations and diminished future economic productivity – not to mention sticking us with a multi-trillion dollar price tag.

All of this comes to mind with two stories making the rounds in the past week. One is about the warming Arctic, the Arctic Report Card, and the other is a National Climate Assessment authored by federal scientists and released without objection – to the surprise of many – from the White House.

The mainline news reporting on these two reports, like the thousands before them present the issue in a subtle either-or manner. You either believe climate change is man-made, and that the temperature of the earth can be held in check if we spend enough money, curtail your lifestyle enough, and sign enough climate agreements; or, you are a “climate denier,” which is akin to eating babies.

All of this makes it nearly impossible to have an honest dialogue on the subject, because climate change, as you must know by now is “settled science.”

Yet, when you start researching the subject, you are soon bewildered by the lack of consensus on the facts even among climate scientists. You can find a fact to support virtually any conclusion in the climate change debate.

Furthermore, no one knows whom they can trust; universities both in Europe and the U.S. – and even NASA right here in the good ‘ol USA, have been caught red-handed falsifying data to make it better conform to their narratives of climate change. They have soiled their own living spaces.

This much is known beyond question:

Climate patterns not only change, but they can be shown to change frequently and substantially all over the world. At times the world has been much cooler, and at times hotter. It has had less Co2, and at times it has had more.

We live on a planet that changes, often.

Yet, the climate change enthusiasts will never engage at this level. They infer by their arguments, that today’s climate is the perfect climate, the right climate, and it cannot change and if it does, then life as we know it ends.

This is a political agenda masquerading as science.

The first report, the Arctic Report Card was released by the National Oceanic and Atmospheric Administration, (NOAA) this month. Jeremy Mathis with NOAA and one of the authors, summarized the report, stating that “The Arctic as a whole is warming at least twice as fast as the rest of the planet.”

The report he helped to write, observes that the current decline of Arctic sea ice is “outside of the range of natural variability and unprecedented” in the past 1,450 years, based on one reconstruction of past sea ice behavior. [Temperature increases] meanwhile, [are] unprecedented in at least the past 2,000 years.”

Mr. Mathis summarized, “The Arctic has traditionally been the refrigerator of the planet, but the door to that refrigerator has been left open.”

There is no question that Arctic sea ice has retreated from 12% to 30% – depending on specific location and the source data – in recent decades due to warming winters and warming water currents in the Arctic Ocean. However, is it true that the current climate pattern is a unique event? Causal reviews suggests not.

The Arctic region went into warm years around 1900, which opened the Northwest Passage when sea ice retreated quickly, and again from 1925 to 1945, where temperatures rose significantly, ice thickness decreased one-third, and retreating sea ice allowed the shipping season in the Northeast passage to extend from three to seven months.

Of course, during what is known as the Medieval Warming Period, roughly between 1000 AD and 1350 AD retreating sea ice helped Nordic settlers – the first Europeans in North America? – reach, explore and establish farming and trading colonies in Greenland and Newfoundland, and possibly Baffin Island.

The last Norse settlements were abandoned around 1400 AD, coinciding roughly with the Little Ice Age, an extended period of exceptionally cold weather that affected North America and much of Europe up to 1850, with extreme snowfall and rapidly expanding glaciers in Europe, China, the Himalayas, Alaska, Canada and the northwestern U.S.

[Interestingly, Canadian researchers in 2013 discovered mosses and liverworts covered by ice over 400 years ago that have been exposed by the retreating Teardrop Glacier on Ellesmere Island in the Canadian Arctic Archipelago, which are able to begin growing again. Carbon dating has established that they had been living 400 to 615 years ago, before being covered by the growing ice sheets of the Little Ice Age.]

It appears that the Arctic is warming, but it seems at least as likely that it is a pattern that has been seen before.

The National Climate Assessment, prepared by federal scientists is mandated by law, and was released this month as well. Its conclusion; “It is extremely likely that human influence has been the dominant cause of the observed warming since the mid-20th century. [There] is no convincing alternative explanation supported by the extent of the observational evidence.”

Like the Arctic Report Card, the assessment is certainly newsworthy and adds an edge of crisis to the public discussion. But, is it correct?

Digging into the climate change science is like jumping into Jell-O. There’s a whole lot of wiggling and shaking going on. Even for an amateur, it doesn’t take long in this debate to understand that the mechanical dynamics of the earth’s climate is massively complicated and intricate, and the math upon which assumptions are made, or not made, are perhaps as much guesswork as science.

The carbon cycle, the interaction between the oceans, the land biomass and the atmosphere use numbers that stagger the imagination. But the nub of the argument is whether or not carbon dioxide, a minuscule 0.04 percent of the total atmosphere (yet still 3200 gigitons of Co2, containing 850 gigitons of carbon!) and of which only .0139% is contributed by human activities – is the “greenhouse culprit” in global warming and if so, what is its long term effect.

It’s a serious issue that has been trivialized by politics and too much money going to special interest groups and into directed research that demands the right answer to insure future funding.

In truth, it doesn’t seem that we really know enough at all. There have been computer models and predictions suggesting dramatically increased temperatures where there has been little to none, or widely inflated predictions about sea levels that haven’t happened. No small number of scientists predicted fifteen years ago that there would be little to no summer sea ice in the Arctic by 2017 and many predicted that the sea ice in Antarctica would be retreating. Both, of course, are wrong.

Others pointed to the wild extremes in weather that would be created by climate change, which has not proved out statistically. Actually, since 1991 the hurricane land strikes have been historically low. After an unusual ten year absence of hurricane strikes, there were seventeen named tropical storms in the Atlantic during 2017, only three more than the historical average per year, with two major hurricanes that made landfall in Texas and Florida.

Nor have the last twenty years seen more frequent or more severe tornado strikes in the U.S, and the last ten years has been statically lower than average.

There doesn’t even seem to be any consensus on how much, or how little the earth has warmed over the last ten years. Measuring the temperature turns out to be pretty complicated stuff, and although the global mean is said to have increased by a degree by some climate experts, other scientists believe that it may actually have been cooling a degree over the last decade.

A fair conclusion to draw is that there is certainly no way to know that if we did everything that the climate change promoters tell us we must do that it would make any difference all, other than make the world’s societies poorer and far less free. [Sampling the lifestyle changes many propose to reduce the human created Co2 contribution, could involve a 20% reduction per person in carbon creating activities such as diet, housing, heating and transportation on top of the reduction of carbon contributing activities on the part of businesses and utilities.]

However, while we chase what we don’t really understand with climate change, as is usually the case, we ignore that which we do understand. And with it, we miss the opportunity to help the rest of the world make the same type of enormous environmental improvements the United States has made in the last four decades because of its free markets and private property rights – which would be our greatest contribution to saving the planet from climate change.