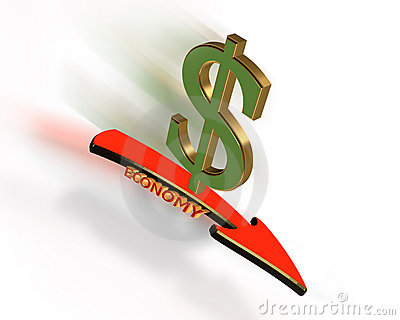 Throughout Obama’s two terms his economic policies have failed us over and over again. He sunk money into “shovel ready jobs” that never materialized. Most of the money went to local governments to help increase teachers’ salaries. Obama spent massive amounts of money on ‘infrastructure’ that never built roads or bridges or anything else the country needs.

The Wall Street Journal calls it “the longest slide in worker productivity since the late 1970s.”

Her program would raise taxes on so-called rich people, corporations, capital gains, death, and stock transactions. She would spend massively on infrastructure and again mandate rules for private businesses. Remarkably, she has no corporate tax reform (even Obama had a plan) to revive corporate investment and boost productivity, wages, and living standards.

Clinton’s goal is not economic growth, but reducing inequality and social injustice in the name of “fairness.” But she never tells us what “fair” means, although we know it’s code for higher taxes and larger government.

Clinton’s plan is even worse than what we’ve had under Obama!  Meanwhile Trump’s plan,

He wants to lower taxes across-the-board for individuals and large and small businesses, significantly reduce burdensome regulations, and unleash America’s energy resources. (Hillary would end coal and oil-and-gas fracking.) Trump’s corporate tax reform would restore America’s position as the most hospitable investment climate in the world. For a change, businesses and their cash would come back home.

Hillary wants the government to run the economy which has never worked.  JFK and Reagan cut taxes and economy soared. Bill Clinton cut taxes and (finally) signed welfare reform both of which boosted the economy.  Can’t Hillary see that those things work and her plans do not? We need to lower taxes and get the government out of the way of businesses, large and small, if we are ever to have sustained economic growth.

It appears Hillary knows nothing about how the American economy works, how to help create new jobs, how to help businesses prosper.  That may be because she’s never run a business, never had to deal with the cumbersome government regulations, never had to make payroll. Trump has done all those things.  He knows what is necessary to get the economy growing again and to put more money into the pockets of all the citizens of America.

Published on Aug 13, 2016
WikiLeaks’ Assange – TPP Not Only Trade, 83% Is Fascists Controlling Our Daily Lives – Once We’re In, We’re Stuck Forever. …He continues, “It’s the largest ever international economic treaty that has ever been negotiated. Very, considerably larger than NAFTA, it is mostly not about trade. Only five of the twenty-nine chapters are about traditional trade. The others are about regulating the Internet. Internet service providers have to collect information; they have to hand it over to companies under certain circumstances. It’s about regulating labor, what labor conditions can be applied, regulating whether you can favor a local industry, regulating the hospital health care system, privatization of hospitals.”
…..This treaty is the antithesis of what America is built upon. It’s no surprise that the global Marxist Obama is its greatest champion. What is surprising is that any Republicans support this abomination.

Not sure why we would resort to youtube to hear an Australian who specializes in publishing hacked emails for his insights on a North American agreement.
Instead,why not check

Platitude after platitude. Some on this site have criticized Trumps supposed lack of details while giving Hillary a pass for nothing. She might just as well sit down and lead a chorus of we are the world or kumbayah.

Big business has never been smaller. Soon there will be only one big beer maker left in America.

Spying is the next Apple. Get aboard now!

What do you need roads for? Are you planning to go some where? What’s the nature of that travel, ma’am? Are you using cash or credit? You didn’t know that Loudon is within the nation’s border security zone? You don’t mind if we look in the trunk then, right?