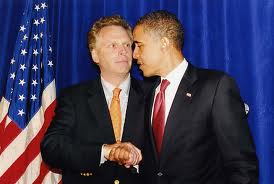 The Candidates of Low Information Voters

The latest poll on the Virginia gubernatorial race from Christopher Newport University provides additional confirmation that Democrats have the backing of shallow-minded and ill-informed voters.

There are two things I find really interesting about this poll. The first is that dumb people really like Terry McAuliffe. I say that with no surprise.

How do I reach this conclusion? Because one of CNU’s questions was “stupid bait” and by a very wide margin it was T-Mac faithful that fell for it.

Q14. In your mind, do the Republican and Democratic candidates for governor â€“ Ken Cuccinelli and Terry McAuliffe â€“ bear any responsibility for the government shutdown, or is this really more of a Washington problem?

For the benefit of any TerryMac voters who are reading this I’ll explain why this question is “stupid bait”: state level candidates have nothing to do with the fight between Congressional Republicans and Democrats at both ends of Pennsylvania Avenue. The question is a quick way to figure out who has a clue, and who doesn’t. And CNU tells us exactly who that is:

Most voters say the candidates for governor bear no responsibility for the federal government shutdown, but of those who say they do, an overwhelming number fault Cuccinelli (47%), not McAuliffe (7%).

So McAuliffe leads by a 40-point margin among people who (a) haven’t the slightest idea what they’re talking about but (b) will go out of their way to pretend they do if they can slam the Republican. The remainder of low-information voters cast a pox on both houses (42%), or just didn’t know who was to blame.

The second interesting thing about this poll is the softness of the support currently held by LP nominee Rob Sarvis. Though his numbers have climbed to double-digits at 11%, more than half of people saying they’d vote for him are unsure whether they’ll change their minds. This goes to my earlier point about Why Ken Cuccinelli Will Win: support for the third-party candidate is ALWAYS overstated in pre-election polling. People back the third-party guy in polling because it’s an easy way to protest their other two choices. But when it comes time to pull the lever (or fill in the circle, to bring that idiom up-to-speed), people don’t want to waste their vote. Instead, they usually return to their natural political base–even if that candidate is merely regarded as the lesser of two evils.

In this case, that means coming home to Cuccinelli, as the CNU poll confirms. The bulk of the 13% of GOP voters who back Sarvis or who are undecided will swing back to Cuccinelli, or will stay home. The same is true for the bulk of the 15% of (mostly white) men that back Sarvis; statistically speaking, those voters peeling away from Sarvis at the last minutes means more votes for Cuccinelli. Likewise for the 30 percent of independents supporting Sarivs, who historically have favored the candidate not of the incumbent president’s party.

Norm at Bearing Drift does a great job at dissecting the horse race, noting that this poll actually shows the race tightening even as Sarvis surges. Norm has an excellent rundown of the LG and AG races as well.

So, I realize I’ve buried the lede here, but that’s because I don’t think the headline grabber that McAuliffe leads by 7 points is that important. It’s the fundamentals that matter more at this point.