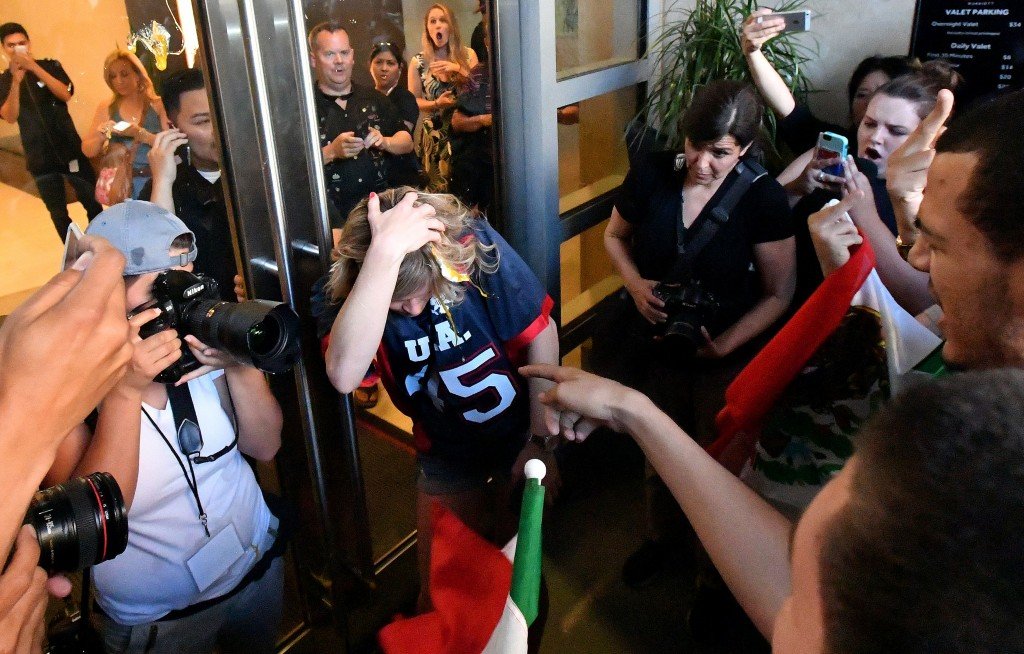 There are eerie similarities between how 2018 Democrat Party members attack Republicans trying to go about their daily lives in peace and quiet and 1938 German National Socialist Party members who torched and looted Jewish homes and businesses during the infamous Kristallnacht of November 9-10, 1938. The only things missing from 2018 Democrats as they stalk their next victims are the brown shirts and swastikas.

It’s one thing to confront Sarah Sanders and her family while trying to enjoy a meal in peace and quiet at a restaurant (Red Hen, Lexington, Virginia) and tell them to leave. But then, the crazy Democrats who manage that particular restaurant chased Sara Sanders and her family outside the Red Hen and confronted them again across the street at a completely different restaurant. Again, 1938 Germany, updated for 2018.

Throw in the violent attacks on Steve Scalise, Paul Ryan, Mitch McConnell (and many more too numerous to name here) and you see a pattern of violent behavior that, once again, is the kind of thing that can get somebody who is unprepared to defend themselves and their loved ones killed simply because of what they believe. Again, 1938 Germany, updated for 2018.

Democrats know they cannot win elections based on their policy positions. Then, when uncorroborated personal attacks don’t work like in the case of Brett Kavanaugh, Democrats increasingly resort to violent bullying tactics to make sure everyone adheres to their single set of allowable beliefs. Again, 1938 Germany, updated for 2018.

It’s reached the point that people like me feel we need to protect ourselves by every legal means available to us, especially, but not limited to the Second Amendment, at least until law enforcement can arrive and take control of the situation. Unlike the Jews of 1938 Germany, who were not permitted to defend themselves, those of us who are not Democrats and refuse to adhere to the Democrats’ single allowable point of view CAN defend ourselves against their brand of violence.