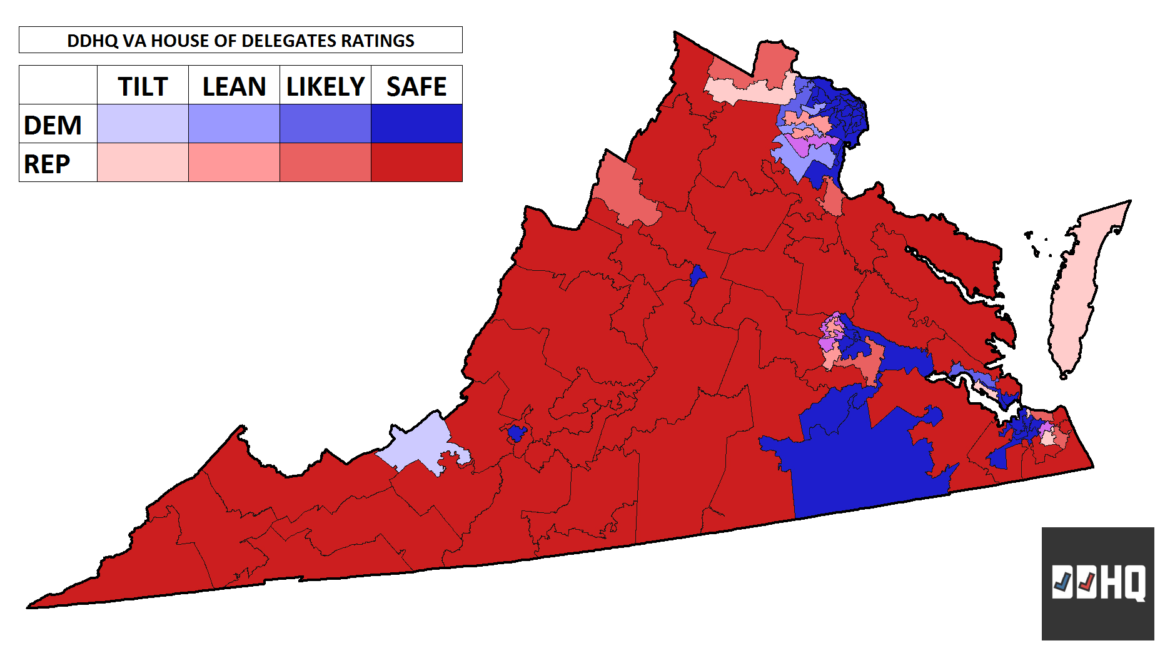 Decision Desk Head Quarters has evaluated Delegate races around the state and published the results in 3 segments. 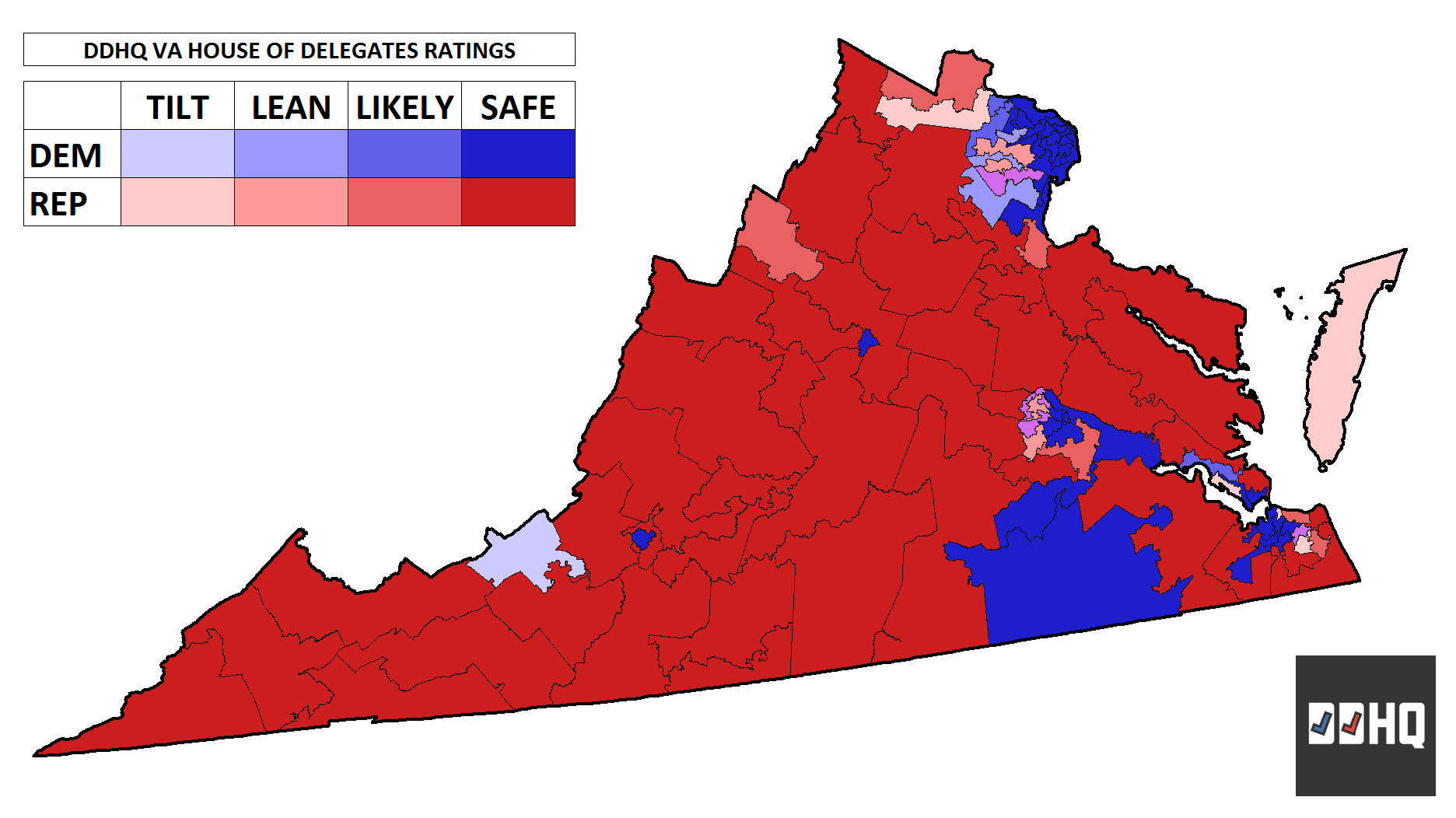 Their first segment evaluating Virginia races covers districts 72, 10, 12, 84 and 87.  While I don’t know the other districts well, I do know the 10th district where Wendy Gooditis (D) opposes incumbent Randy Minchew (R). I attended a debate between the two candidates and it’s no contest.  While Delegate Minchew had solutions for the problems in his district, Gooditis’ solutions were few and far between and often made little sense.  However Gooditis drew large cheers from the Democrat audience when she said she supported ‘women’s health’, obvious code words for abortion. She is quite far to the left in a district that isn’t.  (One gentleman at the debate called her a “well dressed hippy”.)  Gooditis knew little about the area she proposes to represent, as she said numerous times, she’s from ‘over the mountain’, which won’t impress the 80% of the district in Loudoun County.  She is completely unprepared to represent the 10th district while Delegate Minchew has well represented the district since 2011, winning by larger margins than statewide candidates.  He’ll win again because he works hard for his district, he is very smart and very competent. He knows the problems and has solutions to fix them. Gooditis is none of those things. It would be a shame for the people of the 10th district to have her representing them in the House of Delegates.  Vote to re-elect Delegate Minchew.

The most interesting race in this district is the race in the 13th district where Delegate Bob Marshall is being challenged by Danica Roem, a transgender woman.  LBGT issues are the focus in this race where outside money from across the country has poured in to support Roem to be the first transgender woman to be elected to a legislative body in the US. Roem has focused her campaign on the fact that she’s transgender, and also traffic problems on Rt. 28.  However, the House of Delegates cannot solve traffic problems on Rt.28 because that’s a local, county, issue.  Has the 13th district suddenly become so liberal that it will send a transgender woman to Richmond just so they can brag about having sent the first transgender woman?  I seriously doubt it.  Delegate Marshall has held this seat since the 1990’s.  He always pulls out a win and he will again.  (More on this race Monday morning.)

It’s hard to believe that a Democrat would win on Virginia’s eastern shore and that incumbent Delegate Rich Anderson (R) would lose his race. He won’t.

Read much more about all these races here, here, and here.

This is a post where I really learned something. Thank you!

I live in Minchew’s district. A male door-knocker came from the Gooditis campaign last week and asked to speak with my wife (who was unavailable) but was somewhat hesitant to talk to me.

Democrats believe your wife would be more supportive. Why? They believe that the only thing women care about is free birth control and abortions. For unknown reasons, they believe that women don’t care at all about jobs, transportation, and other economic matters. Rather sexist, imho.