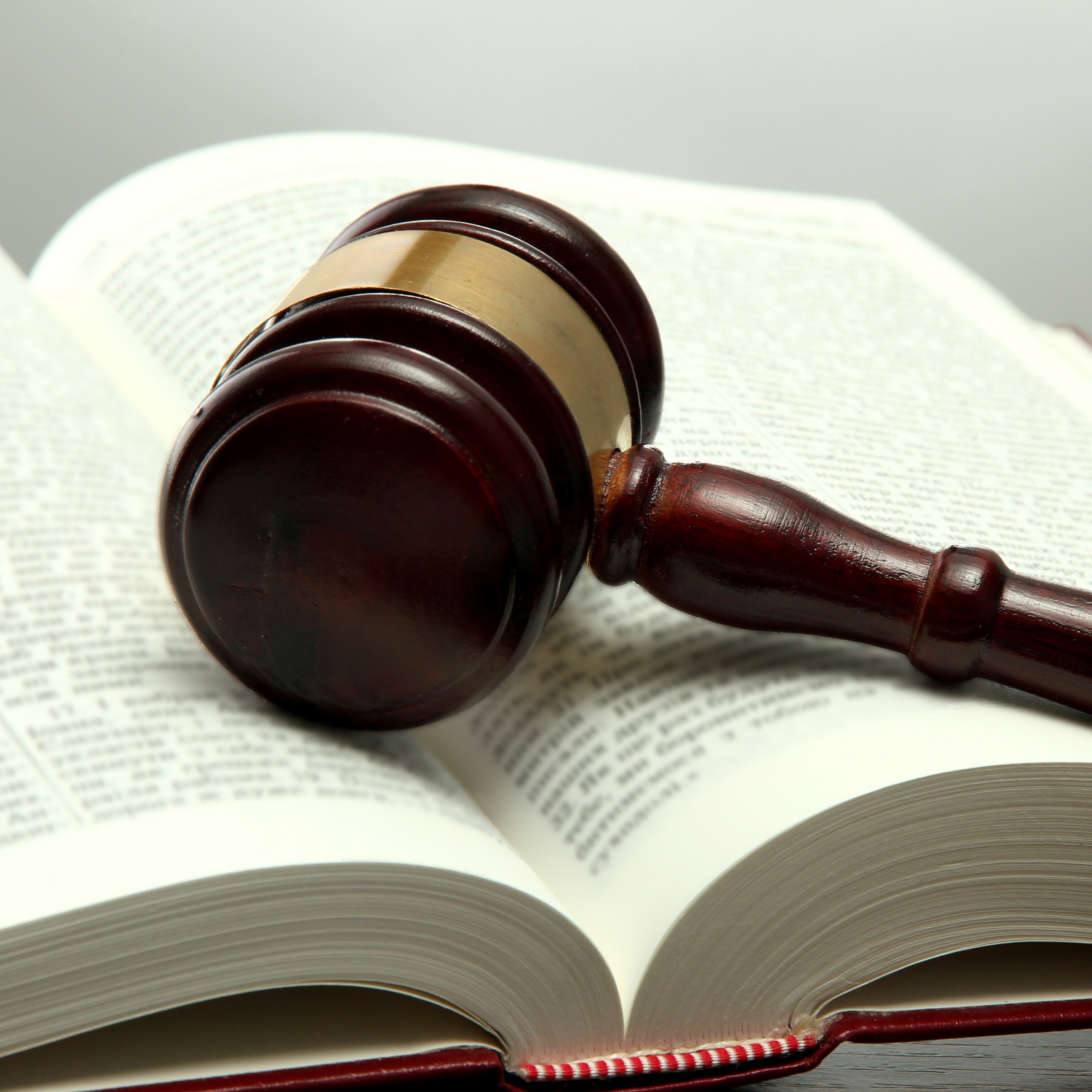 The suit filed in the U.S. District Court for the Western District of Virginia alleges violations of the Republican Party’s constitutional rights arising from operation of Virginia’s Incumbent Protection Act.[read_more]

As expected, the Republican Committee with oversight of Sen. Emmett Hanger’s 24th Senate District wasted no time in filing to block the Augusta County Senator’s designation of a primary as the method of nomination for that seat. Hanger made such a designation on Tuesday, just before the deadline. Because Virginia law (section 24.2-509) gives incumbent members of the General Assembly the ability to designate a nomination method for their own seat, regardless of their political party’s preferences, opponents of the law regard it as an imposition on the party’s freedoms of association and speech, particularly when the method chosen by the incumbent is a state-run open primary that allows non-member participation in the party’s nomination process.

The complaint (embedded in full below) is styled as a Section 1983 civil rights action, and alleges among other things that allowing someone who does not speak for the Party (i.e., Sen. Hanger) to make a choice for the Party as a whole constitutes a violation of the Party’s First and Fourteenth Amendment rights.

In distributing the complaint to members of the 24th Senate District Republican Committee, Chairman Ken Adams had the following to say:

To the Members, Officers and Convention Planners for SD 24,

At 3:00 pm this afternoon, I delivered a Complaint to the United States District Court in Harrisonburg. A copy of the Complaint is attached.

I am absolutely convinced that the filing of a Federal lawsuit signals the demise of the unconstitutional law that we call the Incumbent Protection Act.

What we needed was Big Vision and Courage, and we had those things in abundance.

Now, we will duke it out in court. It will be a spectacular legal battle. Most of those who follow the Commonwealth’s law and political news will be transfixed by the events in Harrisonburg.

When it is all over, I believe that Virginia will be free from an unconstitutional law that distorts the election process.

You are an inspiring group of Virginians. You have shown others that great things can be accomplished when people have Big Vision and Courage.

My profound compliments to you.

The full complaint can be found below.

[…] So TBE is saying it’s Senator Hanger’s fault that there is any lawsuit because he chose to run again and declared a state run primary as the means of nomination in the 24th District. Because the moment Hanger said he was ready to go, the 24th District Committee filed suit. […]

I am absolutely convinced that the filing of a Federal lawsuit signals the demise of the unconstitutional law that we call the Incumbent Protection Act.

I am absolutely convinced that this federal lawsuit will be tossed quite quickly. I look forward to Ken Adams’ statement after that happens.

I am absolutely convinced Bruce Hedrick is unfamiliar with the relevant precedent.

Motion for discovery on that relevant precedent, counselor?

Apparently Marshall Pattie has not pre-filed for the convention, only Dan Moxley has. This court decision will (or could) determine the Republican Candidate. If the law is struck down, which I hope it will be, Moxley is the Republican nominee by acclamation. If the suit is thrown out, then the three will duke it out in a primary. I’m surprised neither Pattie nor Hanger prefiled.

A Pattie surrogate pre-filed at the last minute in order to force the 24th District to spend money and time actually holding the convention.

Dan will still win the convention, but it will be taking place now.

Dan filed his paperwork for the Primary. I guess by your logic, the Primary will be taking place now. Ain’t that right, Brother Heiens.

My, you are a persistent one! I can’t imagine the trouble of having to change your user name every five minutes despite posting the same repetitive stuff over and over again.

Yes, the Primary will be taking place. And Dan will win it. Too bad Marshall didn’t do the same for the Convention…such a shame that he wants to represent the 24th District and yet he decides to spit in the face of the Republican committee for the District.

Here’s the thing….there is no legal precedent for what Ken Adams is attempting. Ken Adams’ legal brief says as much. It states that it is a case of first impression — meaning there are no cases directly on point to support Ken Adams’ stated objective to ask the Court to step in and invalidate Virginia law. Now here is the funny and ironic thing….lawsuits are highly unpredictable things. They never go the way that people imagine they will. Anyone who claims to know otherwise is a fool or lying. Guess which judge got assigned to this case? A brand new Obama appointed judge who was confirmed on December 16, 2014. The fate of our party hinges on the decisions of an Obama appointed judge who last year worked as a worker’s comp and employment discrimination lawyer in Salem. Imagine the irony in that. Her name hasn’t even been posted on the Court’s website yet. She probably doesn’t even have a law clerk….and she would need to rely heavily on the research that the law clerk could provide in this matter. Meanwhile, the clock is ticking. And, our Attorney General, Mark Herring is representing the Virginia Department of Elections. Right now, there is no scheduling order. No hearing date has been set. The state filed a notice of appearance but nothing else. No responsive pleading has yet been filed by the state. And, it’s arguable that Senator Hanger could intervene in the lawsuit, if necessary. Perhaps, Pattie also.

It would appear that Hanger and Pattie complied with state law here. Even if this judge struck down the Act, it is very likely that she would use her equitable powers to order a redo on the convention call thereby enabling multiple candidates to file for a rescheduled convention. But as I mentioned…the clock is ticking and time is not on Ken Adams’ side here. Even Dan Moxley seems to recognize this because he has filed his own paperwork with the State Board of Elections for the primary.

Lawsuits are funny things….and there is a darn good chance that this judge treats this case like a Japanese inspection. When the Japanese get foreign produce in their ports, they let it sit on the docks and rot until they are good and ready to inspect it. By that time, the produce has gone bad.

If and when this judge is ready to hear this case, the safe harbor requirements under Virginia law to have candidates selected by primary or convention might have already passed. Or, she could simply sit on it or a long time and then toss it. Regardless, the clock is ticking.

I have never in my travels to other states or discussions with politically active friends in other geographic regions of the US seen or heard of anything quite like Virginia’s statue code 24.2-509 granting incumbent members of the General Assembly the ability to select the nomination method for their own seat. When on occasion I have mentioned this process to out of state individuals their typical response is – WHAT!? This has led me to believe this is a very unique expression of legislative prerogative not found widely in state election law. Does anyone know if that is a correct assumption? Regardless this is a major filed suit that could potentially change the whole operational face of Virginia Republican politics. I hope its given serious consideration by the western district court but unfortunately I’m not optimistic in this venue.

Marshall Pattie’s campaign has indicated multiple times that they do not intend to honor the results of the convention and thus, presumably, support a primary despite the fact that the party voted for a convention.

Just wondering. Shouldn’t this have gone through the state courts first?

the suit is based on Fed law.

So this challenged law is constitutional under the Virginia Constitution? Maybe we need to look at a few other things while we are at it.

How wonderful it would be if the incumbent protection act was struck down!

Jeanine if it was struck down soon, would it affect the 28th District primary? If so, who would it favor?

I do not want the law changed. Seems some people are all for state rights, UNTIL those states rights do not work in their favor. We should not change election laws to conform to a deficient message.

Smaller government through smaller budgets, stop illegal immigration by going after the employers, Replace the ACA, not repeal.

None of this is possible as long as Corporate and special interest money flows like honey In politics.

Hear, hear! Shame on the members of the G.A. who voted for this crony, sleezy law in the first place!