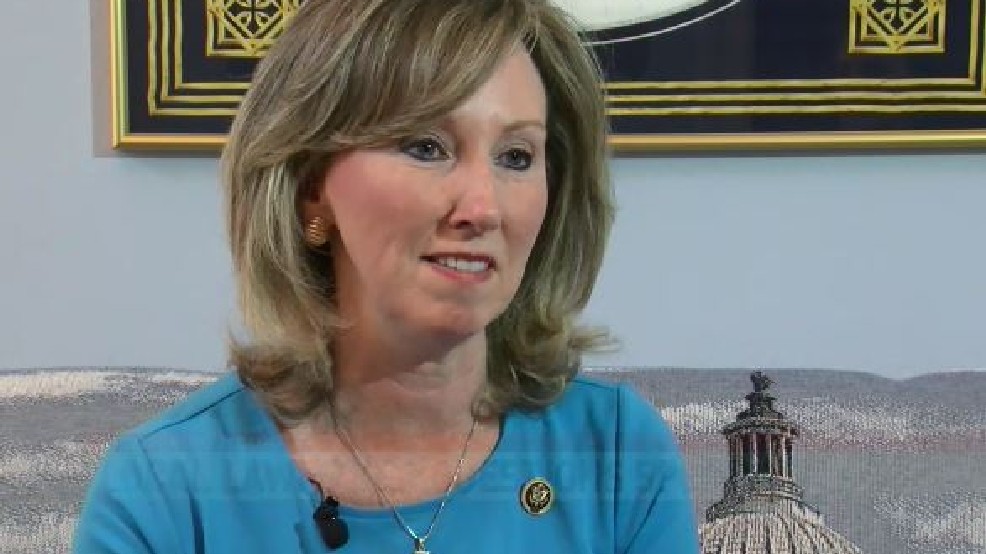 Representative Barbara Comstock (R-VA10) apparently has a dilemma.  Is she a Republican?  A Democrat?  An Independent?  She has an “R” by her name in the Congress, and has run on the Republican ballot in the last two elections.

But recently, she has taken three specific actions that call into question her allegiance to the Republican Party.  (Well, four, if you count her questioning President Trump’s firing of discredited FBI Director Comey.)

Let’s start with a House of Representatives resolution Comstock sponsored, HRes. 257, which condemns undefined hate crimes and “any other form of racism, religious or ethnic bias, discrimination, incitement to violence, or animus targeting a minority in the United States.”  Resolutions of this type do not carry the weight of law.  Rather, they express a sentiment.

HRes. 257 has only four Republican co-sponsors, whereas sixteen Democrats have signed on to be co-sponsors.  It is an adaptation of a similar resolution introduced in the previous Congress but never voted upon, which specifically condemned “violence, bigotry, and hateful rhetoric towards Muslims.”  It is a different side of the same coin: an attempt to undermine Free Speech protections so that Islam cannot be criticized.

Rep. Comstock’s resolution is a dangerous, undefined attack on First Amendment protections enshrined in the Constitution, protections which are incompatible with the Islamic doctrine of Sharia Law.

Turning now to the 2018 National Defense Authorization Act (NDAA), once again Rep. Comstock found herself comfortable in the company of Democrats.  The NDAA lays out the annual budget for the Defense Department.  On July 14, Rep. Trent Franks (R-AZ) offered an amendment to the NDAA, which called for strategic assessments of the use of violent Islamic doctrine in support of terrorism, and identification of key thought leaders who promote Islamic religious doctrines used by extremist groups.  You might say it was a blueprint for connecting the dots of terrorists and their activities.

But the Council on American Islamic Relations (CAIR) adamantly opposed the Franks amendment, and sent out a “Good News Alert” celebrating the amendment’s narrow defeat on a vote of 208 (Yes) – 217 (No).  Among those voting “No” were only 27 Republicans, including Barbara Comstock.

During NDAA debate the previous day, Rep. Vicky Hartzler (R-MO) offered an amendment to deny funding for gender transition surgery to members of the military.  Once again, the vote was close:  209 (Yes) – 214 (No).  Among the “No” votes were only 24 Republicans, including Barbara Comstock.

Transgender surgeries are not about military readiness. They are about enabling gender dysphoria.  These surgeries have direct medical costs (such as hormone therapy, counseling, vocal therapy/surgery), as well as additional costs (such as when post-surgery service members cannot be deployed and must be replaced).

The Family Research Council calculates that direct and indirect costs of transgendering services will cost our military $3.7 billion over ten years.  This significant sum of money (tax dollars) could otherwise buy an AEGIS Destroyer, or 22 F-35 Joint Strike Fighter Planes, or 116 Chinook Helicopters, or 3,700 Tomahawk missiles.  Not a very good trade-off.  And particularly perplexing, given that Comstock touts herself as an advocate for a strong national defense.

These recent legislative positions should give constituents pause.  Barbara Comstock has aligned herself clearly with Democrats.  It’s doubtful she’ll attract (new) Democrat voters in this political environment.  And she’ll most assuredly lose Republican voters. She’s not just reaching across the aisle … she’s walking across it!

It doesn’t matter what party Comstock runs as. She will NOT get my vote anymore.

I strongly urge Barbara Comstock to study the political obituary of another “liberal” Republican member of the U.S. House from the D.C. suburbs. For much of the 1980s and 90s, Connie Morrella represented Maryland’s 8th District (pretty much the part of Maryland on the other side of the Potomac River from her own 10th Virginia US House District). She strongly opposed the Clinton impeachment and continued voting for other liberal policies before losing her seat to now U.S. Senator Chris Van Hollen (D-MD) in 2002, after she ran commercials accusing Van Holden of being more “Republican” than her. She was in fact the only incumbent U.S. House Republican to lose in 2002, which was otherwise a fantastic election year for Republicans nationally – including in Maryland where Bob Ehrlich became the first Republican to win the Governor’s mansion in over 40 years.

Running as a Republican and governing as a Democrat may seem like a win-win, but chances are it’ll cost her big on an Election Day in the near future.

Spot-on. My family and I lived in Montgomery County at the time, and remember well that election. The stage is being set for a similar drama in Fairfax County next year. And we moved across the Potomac to escape such circumstances!

Same with my family. I do not miss Montgomery County or Maryland politics one bit.

She simply has to go.
Period.

Somebody will soon call Jeanine or Steve and put a cork in these anti-Comstock articles. And then BE will flip back to supporting Comstock. Probably see a Comstock picture in the right hand corner up top next to Gillespie’s picture right after the call.

It’s amazing that people cannot realize she is the only Republican who has any chance of holding that seat.

With a voting record like hers, it’s evident she is no conservative. So what’s the point in keeping the seat “Republican” if she doesn’t legislate like one?

For one she’s an excellent fund raiser for the party. More importantly to me she won’t be bullied by Trump.

My point exactly. Who cares?

Looks like Catherine is with David Duke and the KKK on this one. Oh, by the way, this same hate crimes resolution passed the United States Senate unanimously earlier this year. So, I guess Ted Cruz, Mike Lee, and Rand Paul are in the same category as Comstock.

Barbie was also one of a number of Republican congressmen who helped defeat an amendment to the 2018 defense funding bill proposed by Scott Perry of Pennsylvania. Perry’s amendment would have removed an amendment introduced by Jim Langevin of Rhode Island to require the Department of Defense to report on global warming.

Classic! Can you email that graphic