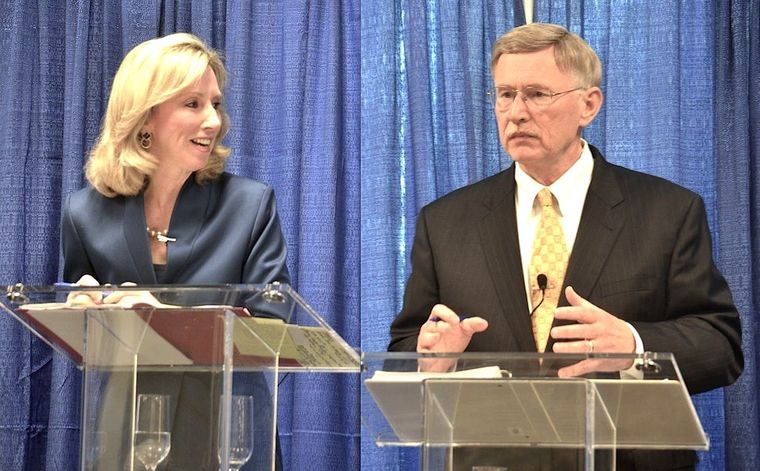 At the end of the third quarter both John Foust and Barbara Comstock claimed to have raised over a million dollars during that quarter in their quest to replace Frank Wolf in the 10th district. [read_more] Barbara Comstock was telling the truth, having raised $1,241,793 between July and September.  Mr. Foust was not telling the truth, he raised $858,833 and lent his campaign another $150,000.  Foust’s loans to his campaign now total $550,000.  For the last three weeks of the campaign Comstock has $800,581 to spend and Foust has $641,869 on hand.  More details here and here.