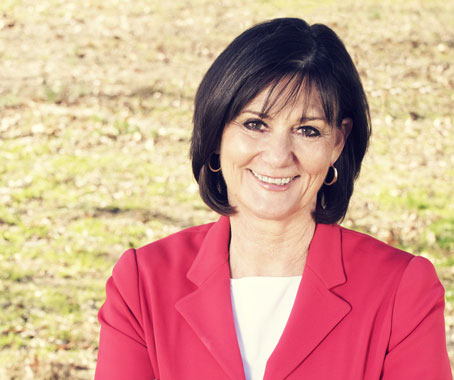 Loudoun County, VA – Questions regarding the legitimacy of LuAnn Bennett’s residence in the 10th Congressional District continue to pile up leading up to November’s race as the Democrat nominee.

The Washington Post broke the news this morning that Bennett, a longtime Washington D.C. homeowner, is facing accusations of tax improprieties in the District of Columbia by a political watchdog organization.

In February 2014, Bennett purchased a condominium at the Ritz-Carlton in Washington, D.C. for $1.35 million, located just 0.7 miles from her office in the District and posted on Facebook in April that she moved there, before deleting the update. However, counter to allegations by the Foundation for Government Accountability and Civic Trust, LuAnn Bennett contends that she is not required to pay Washington D.C. taxes because she chooses to live in Delaplane, VA, over 52 miles away from her office, for at least 183 days out of the year rather than living in her million-dollar condo less than a mile away.

Bennett’s campaign for House representative from the 10th District raised eyebrows from the very beginning, and her apparent tax troubles only create more questions about the legitimacy of her commitment to Loudoun families: Has Bennet ever paid DC residency taxes? How much of her time was actually spent living across the Potomac rather than in the 10th Congressional District? Loudoun voters deserve answers to these basic questions.

“Loudoun won’t be played for fools when it comes to electing a Congressional representative that understands firsthand the needs and struggles of voters in the 10th Congressional District.” said Will Estrada, Chairman of the Loudoun County Republican Committee. “This Hillary-style campaign of deception amid allegations of wrongdoing underscores Loudouners’ belief that Congresswoman Barbara Comstock is clearly best person to represent Loudoun County and the 10th District in the House of Representatives.”

The Loudoun County Republican Committee is committed to promoting the values of the Republican Party and helping its candidates achieve victory in the battleground of Northern Virginia. For more information, please visit www.loudoungop.com.

Lu Ann Bennett Accused of Lying about Virginia Residence and Cheating on Taxes was last modified: May 28th, 2016 by Jeanine Martin

Must be a really tight race. If I had Comstock’s establishment voting credentials, I’d be concerned too?

Every race is a tight race until it’s over. If we had somebody else, it would be tighter.

And what about this? Just 5 months ago, so what has changed?

Well, aside from the fact that Shak wrote it, Barbara seems to think she needs liberal votes more than conservatives. (Which is true because we already gave away any political pressure that could be brought to bear.) Ask the local 10th GOP about it — Shak and the 10th were so happy about it they made one of the guys who voted the power to Barbara a National Convention delegate!!

She identifies as a Virginia Resident — dems don’t have to follow rules like everyone else — ask the Attorney General.

Oh come on, if you’re going to bring up every instance of Barbara behaving like a democrat, I’m going to lose this argument!

Since the 10th District Republican Committee chose to make her Nominee of the Hill (and we couldn’t seem to find anyone better,) She’s the one that lucked into a Gypsy challenger this time and Trump dragging her across the finish line.

I’m not against her being lucky again.

With a Kenyan born President, why not try to spread the wealth? On that same token, how do we know for sure that Hillary, or Bill, or current Secretary of State Kerry were not actually conceived by Roswell visitors from another planet? Would the 14th amendment then still be interpreted to re-define them as “anchor babies” eligible not only for U.S. citizenship but public (extortion) service as well, even though they may still be actually under the jurisdiction of their parent’s home planet if not actually part of the first wave of another illegal immigrant invasion force from which the Constitution is supposed to guarantee us protection according to Article 4, Section 4?