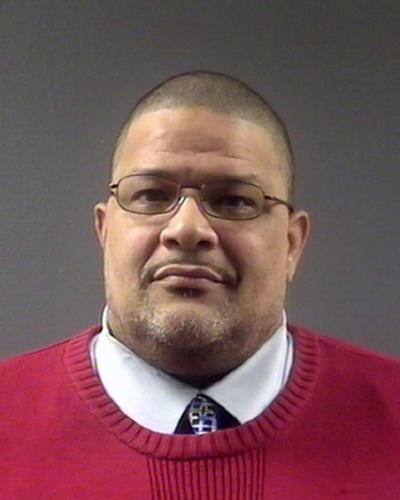 Confrontation Between Portsmouth Mayor and Sheriff Results in Felony Arrest

Only in Virginia, or perhaps only in Portsmouth.

On Tuesday night Portsmouth Sheriff Bill Watson noticed the Mayor of Portsmouth had an expired inspection sticker on his 2001 Mercedes.  When the Sheriff attempted to issue a citation to Mayor Kenny Wright, the Mayor sped off leading the sheriff on a low speed chase that involved other law enforcement officers when Wright refused to stop and Watson called for backup. The chase resulted in a felony charge for eluding police.

“He just totally ignored me which he does with all law enforcement,” Watson added.  “I got in the car and I proceeded and I stopped him at the traffic circle.  He then drove off again.”

On Wednesday the Mayor turned himself in to police to answer the felony charge. Mayor Wright was later released on a personal recognizant bond.  He will appear in court on January 29th for an arraignment hearing. From Wavy.com,

I’m tired of the Mayor trying to run the city like he’s a God,” said  (Sheriff) Watson.

In the Spring the city council cut the sheriff’s budget by a million dollars, later restoring $200,000 to Watson’s office.More on the ongoing battles between the City Council and the Sheriff here.

“He took a million out of my budget, but I still have money for traffic summons,” Watson said Wednesday.

What is this, the third world, where the rule of law is like ice cream on a July day? Easily melted. These arrogant politicians need to realize the law also applies to them. Speaking of the application of law to arrogant politicians, I think the BIG TEST will be whether Hillary is indicted or not. I have been handling classified information for 37 years, and I know exactly what she and her staff did. If she does not pay a price for putting this nation’s safety in jeopardy, then we have truly descended into the depths of Obamezuela.

The sheriff needs to be rebuked for the blatant overcharge of felony-level eluding in this case. The magistrate issuing the warrant should also be rebuked. This is at most misdemeanor-level failure to stop type of eluding.

Hey Cousin Brucie, what would happen to you or me if we pulled a similar stunt?

We’d be overcharged and it would never stick in court. Just like here.

I can not tell if you are joking…
Wright stopped twice, only to start back once the Sheriff was approaching the car. Wright also almost hit another vehicle.

Totally serious. I get sick of the prosecutorial tool of overcharging.

Let’s make a bet, counselor. If Mayor Jerkface gets convicted of that felony eluding, I owe me a beer or fifteen next time you come to Southside. If not, the tab’s on you when I make my next trip to Occupied NOVA.

Bruce, I’m not above making beer wagers. Nonetheless, I well know that plea deals are usually entered for lesser offenses. The only way felony eluding sticks is if the prosecutor (who did not choose to charge this as a felony) and mayor jerkface refuse to bargain, it goes to trial, AND the prosecution wins.

We disagree on whether this was overcharging, not on whether there will be a conviction.
You are welcome in my orbit for a beer summit whenever in occupied NOVA.

Let me guess, a Democrat?

Jeanine said he is an Independent. I looked up his bio and couldn’t find a party affiliation, I will take her word for it. Regardless of what he is party wise, he is a loser and Portsmouth needs to get rid of him.

every person I have met in VA that claims Ind. are usually mostly libs