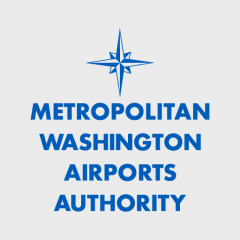 Congress and MWAA VS Loudoun Taxpayers

It’s no secret that population growth and business development have left Loudoun County, especially busy areas to the east, with some pretty challenging traffic. [read_more]The process of expanding the local network of roads and transit always seems to be playing catch-up, usually tied to availability of funding. Part of winning the battle to keep traffic moving is making sure our limited funds go to projects that are most needed by evaluating, rating, and spending to get the most bang for the buck.  Likewise, as a matter of fairness, when planning and zoning changes are made to allow the new development which fuels growth and adds more cars to the roads, developers are usually required to ante up with payments or actual road improvements to ease the effects of growth. All in all, that is a broad-brush summary of what shapes the roads in our region and determines whether we’re home in time for dinner with the family, or long after the kids went to bed.

The next time you’re sitting in Loudoun traffic wondering why you pay so much in taxes and tolls but are still stuck in traffic, you should know   that Congress is meddling with laws that have a huge impact on Loudoun County. When projects like improving the Loudoun County Parkway and building planned interchanges on Route 606 and Route 50 are underfunded, remember that Congress and MWAA (The Metropolitan Washington Airports Authority) have once again stuck it to the commuters and taxpayers of Loudoun County in a way that is not widely known. Congress, in 2012, gave MWAA the authority to compete with private developers by lifting a prohibition on non-aviation development on Dulles Airport property. This will allow MWAA to compete with private developers by developing airport property for non-aviation purposes without paying a fair share of county taxes, and paying nothing in the way of proffers.

To understand what Dulles’ free ride looks like, let’s use a Home Owners Association (HOA) as an analogy. Imagine that your family owns a home in Loudoun Valley Estates in Loudoun County and pays property taxes to Loudoun County and a monthly HOA fee to cover your share of community-owned facility expenses. How would you like it if you received a notice from your HOA one day saying 100 new homes were going to be added to your community, but, due to an act of Congress, those homeowners would have access to all your community’s amenities; add traffic to your roads, swim in your pools, etc., (paid for by you and other residents) but the new homeowners would pay a fraction of the fair property tax rate and no HOA fee? That is pretty much what Congress has done to the people of Loudoun County. To make it even worse, all this took place with no community input or notice from elected leaders. For example, MWAA is considering and can now build a convention center on airport property, which, of course, would add thousands of cars to already congested roads, but because Dulles Airport is on federal property, that convention center would be exempt from paying its full share of property taxes to Loudoun County, and would pay nothing toward upgrading the roads we all use to accommodate the increased traffic. For the record, MWAA does take some of the tolls commuters are obligated to pay and passes that money off as its contribution to improve local roads.

To begin to understand how the people of Loudoun County end up taking the hit for airport activity without much resistance, you need to understand what I’ll refer to as the ‘Too Big To Fail’ point of view. Some elected leaders have bought into the thinking that when it comes to any decision that impacts Dulles Airport’s bottom line, Loudoun should subordinate its interests to Dulles Airport. I’m glad to say at least a few folks don’t buy into that nonsense. Loudoun’s Commissioner of the Revenue, Bob Wertz, is all too familiar with the fact that commercial development on Dulles Airport property gets a huge tax break. Bob Wertz, along with Sen. Dick Black, and Supervisor Eugene Delgaudio signed onto a letter seeking to set things straight and block the renewal of Dulles’ Congressionally-authorized ability to compete with private development in Loudoun County.

What happens when development moves from private property onto Dulles property? This commercial development on airport property will generate a fraction of the normal property tax revenue, pay no proffers and compete with regular taxable development. That is a losing proposition for Loudoun County.

What can be done to protect Loudoun taxpayers and drivers? Delegate Randy Minchew pointed out to me that the law Congress amended in 2012 which enabled MWAA to compete with private development on Dulles Airport property is up for renewal by Congress in September of 2015.  Congress could condition renewal on MWAA voluntarily agreeing to pay a full share of real property tax and submitting to Loudoun County Zoning, which would mean paying proffers to improve roads just as private developers do.  If Congress refuses to protect Loudoun, I’ll look for means by which the state legislature can.

Uniformity must be the basis for fair taxation. If MWAA wants to compete with private developers, MWAA should pay a fair share to Loudoun County. Anything less should be deemed unacceptable.

“If Congress refuses to protect Loudoun, I’ll look for means by which the state legislature can.” I wouldn’t hold my breadth waiting.

I am not sure why our elected officials remain unsuccessful in meeting their campaign promises of moving mountains and fixing transportation issues. I would like to know exactly what Dick Black, Randy Minchew, and Dave LaRock are actually DOING and have DONE rather than (STILL) waiting for Congress to protect us. Enough already.

This piece of legislation has absolutely NO impact on the issue under discussion in Del. La Rock’s latest contribution above, you do realize that, correct? On top of that unless I am mistaken and I don’t believe I am, this post dated piece of legislation has NO authority over MWAA non transportation specific construction projects (e.g. convention centers, hotels, retail malls, etc.). It will have about as much impact on this issue as the Delegate in the last Richmond session who proposed enacting legislation banning the release of balloons.

You are right, nothing to do with MWAA but everything to do with ” what Dick Black, Randy Minchew, and Dave LaRock are actually DOING and have DONE rather than (STILL) waiting for Congress to protect us.” read your question Lawrence, it was general and made no reference to MWAA, so that is why the answer is general. Working to move MWAA and Congress by asking our new representative to take sides with taxpaying citizens. Please add you voice to that. https://comstock.house.gov/contact

It takes a lot of effort to walk these cozy deals backwards. Informing the public that they are being had by elected officials who refuse to disrupt the status quo is an important step.

Thanks to BE for helping.

I’m not totally convinced HB1470 isn’t part of a cozy backdoor agreement that gives the appearance of accomplishing something but in the end really achieves very little. Make the home folks happy but stay in the good graces and under the protecting wing of Speaker Howell. Joe May use to be a master at that game. We’ll see. And to think Comstock is going to cross the Fairfax establishment (into which she has clearly embedded herself) over MWAA legislation is communicating a clear message that you don’t grasp what is going on around you.

I am very dubious that this will be resolved at either the federal or state legislative level. This is a classic, but not uncommon, example of crony capitalism that has baked into it a large amount of political and economic self interest. I believe it would be naive to expect those vested interests to relent or for the political parties to be proactive without some outside stimulus being brought to bear. In the few cases I am familiar with across the country (that I laid out in an earlier comment section on this same topic you addressed a few months ago) this consistently has required locally filed legal action with a resultant supporting judgement imposing some adjudicated adherence to local tax code. Commissioner Wertz may be waiting a long time to see anything forthcoming from Washington or Richmond, while a court order enjoining future construction prior to judicial review and appeal I can almost guarantee will bring the parties to the table to discuss an equitable solution for the Loudoun County taxpayer. Sometimes you just need to take off the gloves.