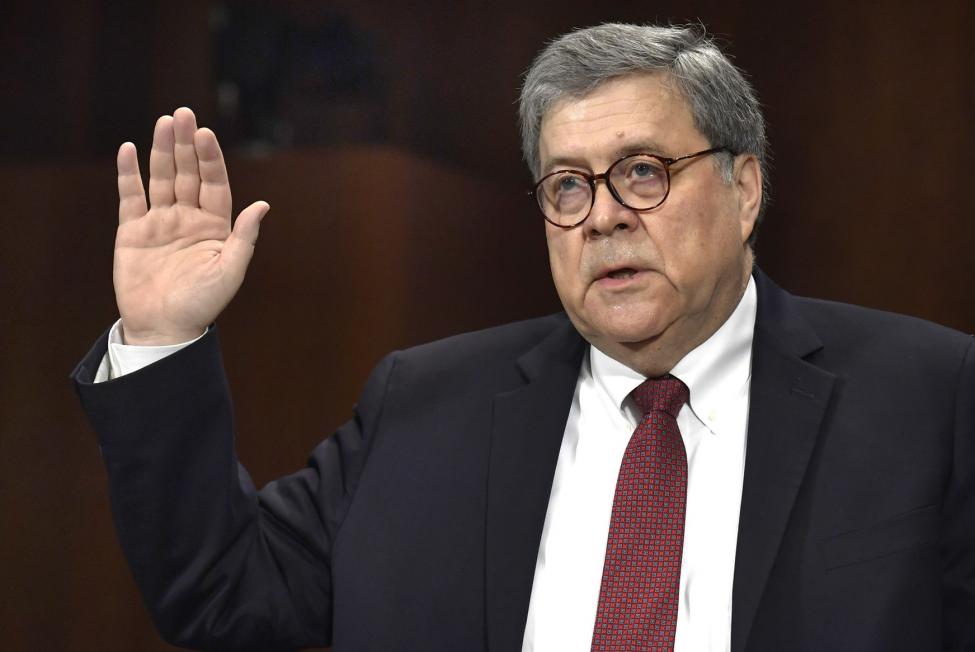 Nadler is going to the mat on a battle he can’t win.

On Wednesday May 8, 2019, the House Judiciary Committee approved a resolution, on a strict party line vote, finding Attorney General William P. Barr in contempt of Congress for his refusal to provide the Judiciary Committee with the full, unedited Mueller Report as well as all underlying documents.

Mere hours before this vote, US Assistant Attorney General for Legislative Affairs Stephen E. Boyd informed Judiciary Committee Chairman Jerrold Nadler that the White House was asserting Executive Privilege with regard to the edited portions of the Mueller Report and the underlying documents.  In addition to asserting Executive Privilege, Boyd quite correctly noted that Barr could not comply with the subpoena without “violating the law, court rules, and court orders, and without threatening the independence of the Department of Justice’s prosecutorial functions.” https://www.cnn.com/2019/05/08/politics/trump-mueller-executive-privilege/index.html

By this Boyd meant that Barr is forbidden by law from turning over grand jury and classified material without some sort of agreement regarding public dissemination of these materials. (In a separate letter dated May 7, 2019, William A. Burck, the attorney for former White House counsel Donald F. McGhan, informed Nadler that McGhan would also refuse to provide requested documents based upon Executive Privilege.

The full House of  Representatives will probably approve of the Judiciary Committee’s resolution, also on a party line vote.

So what next?  The House Democrats couldn’t have picked a worse issue to go to bat on than Barr’s refusal to provide documents that he has a very good legal justification for not providing.  In my opinion, the Executive Privilege claim with respect to the Mueller Report is weak, as Mueller wasn’t providing the President with advice, but the claim Barr is entitled to refuse to provide the Judiciary Committee with classified or grand jury documents is strong, particularly in light of the fact Barr was willing to provide some of the edited materials if certain restrictions were observed.  The argument of McGhan’s attorney asserting Executive Privilege is even stronger.

Once the House inevitably holds Barr in contempt it has three options.

First is to have the House Sergeant at Arms physically arrest Barr and hold him in confinement somewhere.  I previously noted the House has no jail so this option is unlikely, if not impossible. http://thebullelephant.com/mcghan-subpoena-unenforceable/  Notwithstanding the fact the House has no jail, the clownish Virginia Representative Gerald E. Connolly (D-11) actually suggested that Congress commandeer the DC Central Detention Facility which is run by the DC Department of Corrections.  Said Connolly: “We have, as you know, jurisdiction over the District of Columbia and they have a beautiful jail with plenty of room. So I think that would be just perfect for some of these people to contemplate their actions and judgment.”  http://www.msn.com/en-us/news/politics/the-contempt-of-congress-vote-and-what-it-means-for-william-barr-explained/ar-AAB5rNp?ocid=ientp  There is no mechanism to my knowledge for Congress to commandeer a jail owned by the government of the District of Columbia for the purpose of enforcing a contempt of Congress finding.  I suspect Connolly knows this but he had to tell the press something I suppose.

Second is to have the House refer the matter to the present US Attorney for the District of Columbia, Jessie K. Liu, for criminal prosecution.  Ms. Liu is a Trump appointee who reports to Mr. Barr. The chance she would initiate a criminal prosecution against Barr is low. On June 28, 2012, when then Attorney General Eric A. Holder was held in contempt of Congress for his refusal to provide certain documents regarding the Fast and Furious operation the US Attorney for the District of Columbia, Obama appointee Ronald C. Machen Jr., declined to prosecute Holder.  It was never made public if Holder himself made the decision or Machen did.

Third is for the House to file a civil lawsuit and, if successful, ask the court to issue a civil contempt order which was done in the Holder matter.  This is the most likely route but it could take years to come to a conclusion as is evidenced by the Holder imbroglio. The 2012 Holder civil case filed by the House came to a rather unusual conclusion this year on April 9, 2019 in which the head of the Justice Department’s Civil Division, Jody Hunt and House of Representatives Deputy General Counsel Todd Tatelman enigmatically concluded:  “The Parties agree that because subsequent developments have obviated the need to resolve those issues in an appeal in this case, the District Court’s holdings should not in any way control the resolution of the same or similar issues should they arise in other litigation between the Committee and the Executive Branch, and hereby waive any right to argue that the judgment of the District Court or any of the District Court’s orders or opinions in this case have any preclusive effect in any other litigation,”  https://www.politico.com/story/2019/05/09/fast-and-furious-documents-holder-1313120  What the hell that statement means I have no idea.

For what it is worth, there is a good argument that any contempt of Congress finding is null and void when the present session of Congress ends.  (I don’t know if this was argued in the Holder civil suit.) If a court so rules the civil case would be dismissed and the newly installed members of Congress would have to pass another contempt finding.  Assuming a civil lawsuit can be extended when the present session of Congress ends, Barr has a perfectly good legal defense that he was forbidden by law and regulation to provide the requested documents. Nadler is going to the mat on a battle he can’t win.