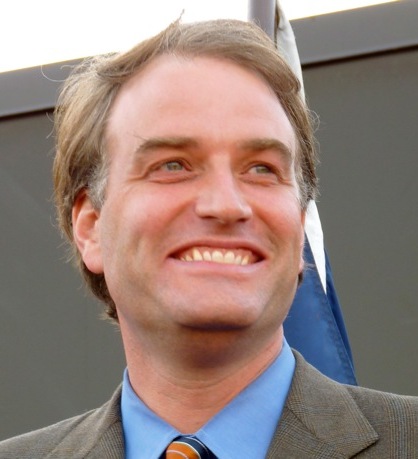 Congressman Hurt Blames Obama for the Shootings in Dallas

Hurt is not running for re-election.

Hurt said these things in an interview on John Fredericks’ radio show on Monday.  John Fredericks is a conservative radio talk show host and the co-chair of Trump’s Virginia campaign.

“This president over his eight years, strictly in my opinion for political purposes, to misuse that history in a way to promote his own political agenda, I just think it’s wrong, I think it’s despicable frankly,” Hurt said. “Now we’re seeing him reap what he has sowed.”

Hurt thinks our society has made great strides in reducing racism in our country compared to his grandparents day:

“(Obama)tosses all that aside and pretends that we have all of this horrible racial strife where frankly it’s hard for me to see that we have it, certainly to the degree that he suggests,” he said. “He has fanned these flames.”

Hurts remarks were similar to those made by Prince William County Chairman of the Board of Supervisors, Corey Stewart who is also a candidate for Governor in 2017. Stewart blamed Democrats, Hillary Clinton and Ralph Northam, for the Dallas shootings.

One problem with what the “all of a sudden” candid Hurt said. Quote – “Now we’re seeing him (Obama) reap what he has sowed.” WRONG – the White people in this country are now reaping what the Racist in Chief has sown.

Anyone who has been paying attention will agree that Obama has consistently supported the false narrative that cops are involved in a systemic oppression of blacks. That has provided license for some blacks (who already harbor resentment of law enforcement) to act out their anger. Obama is complicit.

The left has created a climate of hate when it comes to cops. They provide the reasons to kill and, essentially, the emotional mechanisms to do so.

Yes, the killer is solely responsible for his actions. That does not mean that Obama’s actions are irrelevant. His words do matter, because many will view his rhetoric as tacit support for their own irresponsible behavior. If you are willing to believe that a president’s words can be inspiring, then you must also believe that such inspiration can be misdirected.

The past 6 years with Robert could have been so much better had he been this vocal with the truth. Obumbler couldn’t even honor the 5 fallen heroes in Dallas without throwing in a little race baiting and gun control lies. He is pathetic.