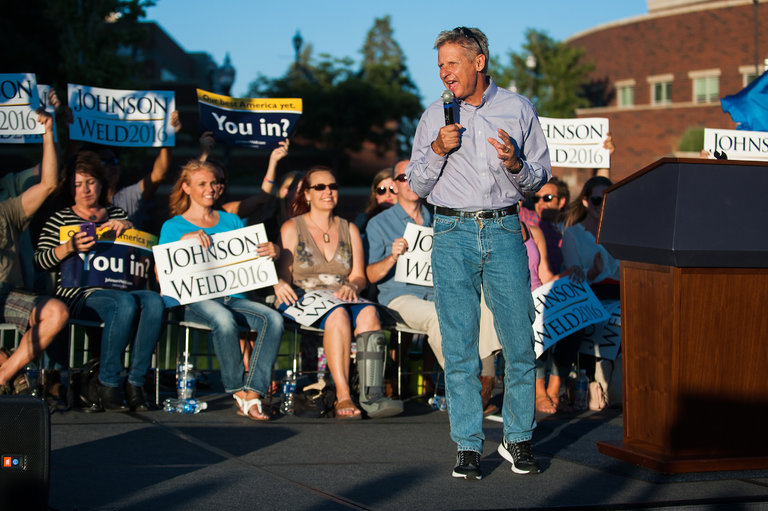 Retiring Republican Congressman Scott Rigell (VA08) told the New York Times that he will vote for Gary Johnson in November.

The Virginia Congressman has gone so far as to say if the party becomes synonymous with Donald Trump he will no longer say he’s a Republican.

Congressman Rigell was the second Republican Congressman this week to withdraw support for Trump.  Republican Representative Richard Hanna of New York announced that he will be voting for Clinton.  He too is retiring at the end of this term.

“Secretary Clinton has issues that depending on where one stands can be viewed as great or small. But she stands and has stood for causes bigger than herself for a lifetime,” Hanna wrote. “That matters. Mrs. Clinton has promoted many of the issues I have been committed to over the years including expanding education and supporting women’s health care.”

Republican Illinois Rep. Adam Kinzinger has also announced that he will not back Trump.

“I just don’t see how I get to Donald Trump anymore,” Rep. Adam Kinzinger, R-Illinois, said in an interview on CNN’s “The Situation Room.”

Kinzinger is running for re-election in a district that voted for Trump in the primary. Before Trump criticized the Kahn family Kinzinger had tried to get on board with Trump but that was the last straw for the Congressman,

“Then this spat, this unbelievable spat with the family of a fallen soldier, a fallen soldier who swore to protect and defend the Constitution of the United States, wouldn’t even initially say we honor the family for their service. Immediately [he] took it as what it was to him, an affront to him. Between that, blaming George W. Bush for 9/11, and all the other sins we’ve seen in the past, Donald Trump for me is beginning to cross a lot of red lines in the unforgivable on politics,” Kinzinger explained.

Kinzinger went on to say he will not vote for Hillary Clinton and will either write-in someone or “sit this one out”.