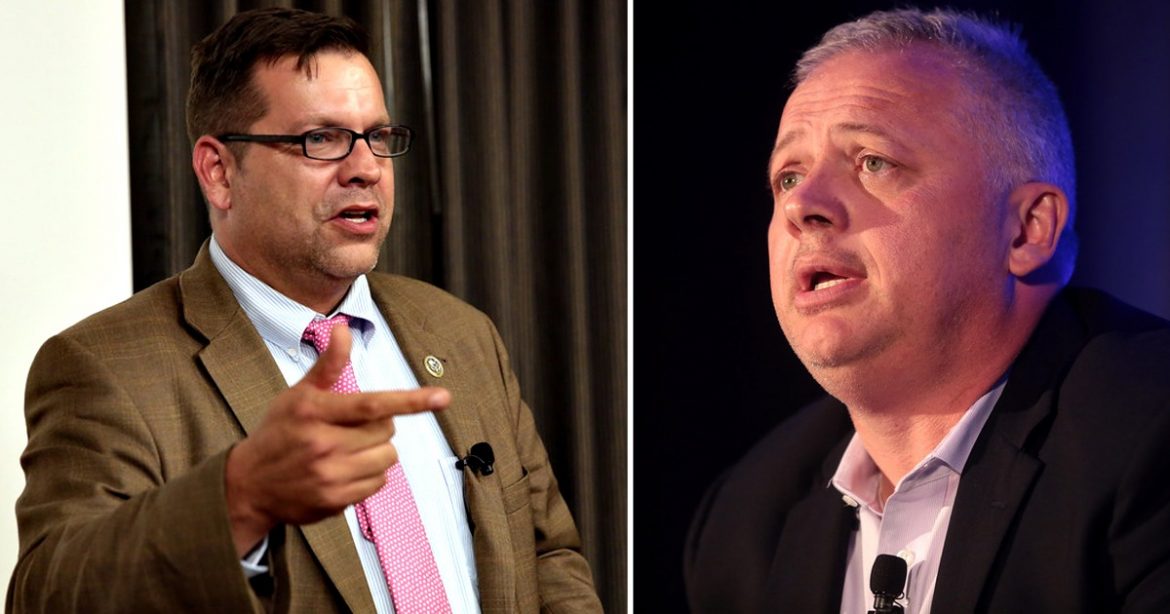 On his radio show last Saturday, former Congressman Tom Garrett said the current Congressman in Virginia’s 5th district, Denver Riggleman, threatened him, through his business partner, after Garrett refused to endorse him for the nomination in the 5th, and instead endorsed Riggleman’s opponent Bob Good. The two candidates for the nomination in the 5th will face each other in an ‘unassembled’ convention this Saturday, June 13th.

Garrett says Riggleman said he would prevent Garrett from ever receiving work and it’s likely Garrett would be “excommunicated” by Virginia’s Republican delegation if he didn’t retract his endorsement of Bob Good.

After Garrett endorsed Riggleman’s primary opponent, Bob Good, on his radio program, Garrett claims that a business partner received a call from Riggleman and was given a series of veiled threats that were ostensibly aimed at convincing Garrett to retract his endorsement and endorse Riggleman instead.

“Now if you know me at all,” said Garrett on his Saturday radio show on WCHV-AM, “You know that I don’t respond well to certain things, one of those is bullying, another of those is threats.”

Garrett then revealed that Riggleman also told his business partner that, unless Garrett retracts, he should not expect to be able to do business in Washington, D.C., and he may be ostracized from Virginia political circles.

Listen to what Tom Garrett said on his radio show:

(What has happened to Denver Riggleman in Washington? He doesn’t seem to be the same person we knew in Virginia.)