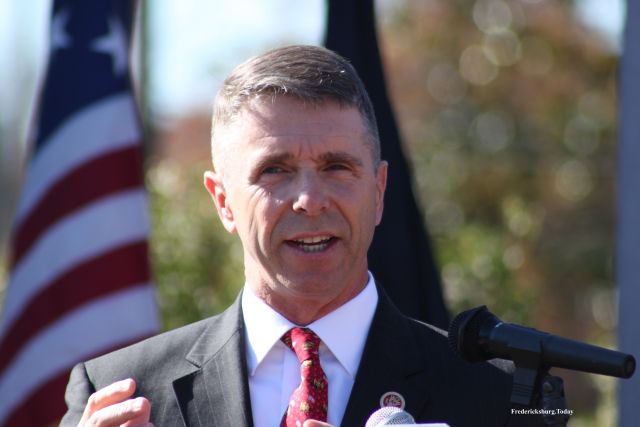 Congressman Wittman Calls on Congress to Finish the Job

For the last three years, Congressman Rob Wittman (1st Congressional District) has pressured his peers to follow regular order toward the end of procuring twelve bills of appropriation, marked up and voted upon individually by all members of the House. Whether out of convenience or a perceived necessity, House Leadership has presented Omnibus bills and Continuing Resolutions for two decades.

I have personally spoken with appropriators who tell me that the failure isn’t on their end.

Four days ago, in what can only be considered a mini-Omnibus, “The House on Thursday passed a four-bill, $789.6 billion package that includes defense and military construction, and Veterans Affairs spending for 2018, almost entirely along party lines.” Defense News.

Beyond Democratic opposition, House Republicans have been unable to reach agreement on federal spending for 2018. House Speaker Paul Ryan, R-Wis., has yet to advance a strategy for passing the eight remaining appropriations bills, or a budget resolution — a document that typically would have preceded appropriations bills.

The idea that governing is just as impossible as it was for Democrats under Speaker Pelosi and Majority Leader Reid is unacceptable. We aren’t Democrats. We conservatives have been told for the last decade that our candidates and representatives don’t know how to govern, while appropriations bills are mysteriously kept from committees where representatives like Dave Brat (7th District) wait to perform their duties.

Congressman Rob Wittman has a solution to our dilemma, sponsoring H.Res 43 stating that,

Amends Rule XXI (Restrictions on Certain Bills) of the Rules of the House of Representatives to make it out of order for the House to consider a concurrent resolution for its adjournment during any day in August of any calendar year until the House has passed by July 31 of that year each of the regular appropriation bills for the fiscal year beginning on October 1.

This isn’t for show. If Republicans in the House refuse to support this legislation, then shame on them… We know where they stand. I am delighted to say that Congressmen Dave Brat and Tom Garrett, and Congresswomen Comstock have Co-Sponsored this legislation. This shouldn’t be a surprise to Virginians, but why does it seem like it’s our Congressmen and women who are always hell-bent on governing, while party leadership continues to embrace the path of least resistance?

Congressmen Wittman’s legislation has been referred to the House Committee on Rules. HCoR’s Chairman is Pete Sessions of Texas. Oklahoma Congressman Tom Cole is Vice-Chair. Here is a link to the other members. Please contact your friends in these districts and demand that H.R. 43 is passed out of committee.

I don’t want to hear that Congress was too distracted by failing to repeal Obamacare, by tax reform or infrastructure, when they would rather take vacations on our dime than do the most important job they’ve been assigned as Congressmen and women in the United States House of Representatives. We expect twelve appropriations bills voted up or down in the House and sent to the Senate where those same twelve bills will be considered.

Again, I want to thank Congressman Rob Wittman, Congressman Dave Brat, Congressman Tom Garrett, and Congresswoman Comstock for supporting this important and principled legislation. Virginia shouldn’t be the only State in the Union worrying about Congress performing their constitutional duties.

I look forward to Congressmen Goodtlatte, Taylor, and Griffith co-sponsoring this legislation within the next week. If they haven’t – you might want to make a call to these gentlemen and encourage them to join their colleagues in promoting the idea that the House of Representatives fulfill its Constitutional duties.

This is one of many reasons I love Wittman, and am proud that he’s my representative!

Maybe time to finish off Wasserman

Yes, and in that $786.9 bill that was just passed was $1.6 Billion dollars for a wall that Trump promised us Mexico would pay for. Also, somewhere near $100 million for erectile dysfunction drugs for the military.

Only God knows what other BS is strapped onto that pile of lobbyist BS. Tired of “winning” yet?