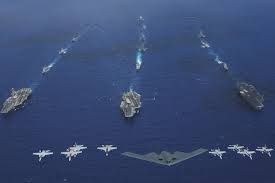 The Congressman will also introduce a House Companion to War Powers Consultation Actand he will push for Ban on Unlicensed Travel to Syria. Wolf’s complete statement: [read_more]

Washington, D.C. (September 3, 2014) – Rep. Frank Wolf (R-VA) today announced he will introduce legislation next week authorizing the use of military force against international terrorist groups,<http://wolf.house.gov/sites/wolf.house.gov/files/Terrorism%20AUMF.pdf> including the Islamic State in Iraq and Syria (ISIS) and al Qaeda and its affiliates, like al Nusra, Ansar al Sharia, al Shabaab and Boko Haram, while encouraging close coordination with NATO and regional allies on any action.Wolf said he was compelled to introduce the measure because of the rapid advances made by ISIS in Iraq and Syria, as well as territorial gains made by al Qaeda-affiliated groups in Libya, Nigeria and Somalia.Wolf, long recognized as one of Congress’ leading defenders of human rights around the globe, has been speaking out for months about the threat from ISIS to religious minorities as well as the potential threat to the U.S. homeland.  He was among the first to call what was happening to the Christian and Yazidi population in Iraq “genocide<http://wolf.house.gov/issues/christianity-in-iraq#.VAc5kPldWkR>” and took to the House floor for seven straight legislative days leading up to the August recess to urge the president to take action.Wolf said the motive behind the bill is to end any ambiguity about the president’s authority – or the Congress’ support – for a U.S.-led international coalition to disrupt and eliminate ISIS and al Qaeda-affiliated terrorist groups from committing genocide.  His Authorization for the Use of Military Force (AUMF) would be the first approved by the Congress since the 2001 and 2002 resolutions authorizing military force against al Qaeda and the Taliban and against Saddam Hussein’s regime, and would fill in the gaps from past authorizations to deal with the current terrorist threat, including regional al Qaeda-affiliates who at times try to obfuscate the extent of their relationship with al Qaeda leadership.Wolf believes passage of his bill also would send a clear message to the international community that the United States intends to work with allies to confront and defeat this increasingly dangerous challenge.Wolf said he agrees with those who have described the current fight as a clash within the Muslim world between the forces of moderation and extremists and Sunnis and Shia factions, making it incumbent on Muslim states to forcefully confront ISIS and al Qaeda-affiliates.  This violence threatens Americans and others in the international community as well regional governments, requiring a broad coalition response.  However, Wolf also cautioned that an effective response is unlikely absent strong U.S. leadership.“For far too long the Obama Administration and the Congress have been debating whether or not authority exists for action to address this threat,” Wolf said.  “This resolution would provide clear authority for the president and our military, working with coalition partners, to go after these terrorists, whether in Syria, Iraq or elsewhere.  We cannot continue operating on outdated authorities passed 13 years ago; it is time for this Congress to vote.”Wolf also plans to introduce companion legislation to the War Powers Consultation Act, a Senate bill introduced in January to update the War Powers Resolution with a new consultation structure between the executive and legislative branches<http://wolf.house.gov/sites/wolf.house.gov/files/War%20Powers%20Consultation%20Act.pdf>.  Sponsored by Senators Kaine (D-VA), McCain (R-AZ) and King (I-ME), the bill is drawn from the 2007 recommendations of a bipartisan panel chaired by former Secretaries of State James Baker and Warren Christopher seeking to improve the process under which the president consults with Congress on military action abroad.“This long-overdue reform of the War Powers Resolution would address structural issues that prevent more dialogue and consultation on military actions,” Wolf said.  “It codifies the consultation process between the branches and would require the Congress to take an up-or-down vote on any military action taken by the president.”Earlier this year, Wolf introduced legislation aimed at preventing terrorist groups in Syria from helping to radicalize Americans by restricting unsanctioned travel to Syria by U.S. citizens and prohibiting material support to groups in the war-torn country.<http://wolf.house.gov/media-center/press-releases/wolf-introduces-bill-to-limit-travel-to-syria#.VAc38PldWkQ>  H.R. 4223 would give the president authority to restrict travel and material support to countries like Syria, where foreign terrorist organizations are active in fighting and may be working with government or anti-government forces.  The measure is pending consideration before the House Foreign Affairs Committee.“FBI Director Comey supports this bill,” Wolf said, pointing out there are more than a hundred Americans fighting with terrorist groups in Syria and Iraq.  “Congress needs to act on this before recessing at the end of September.”Wolf has a long history of leadership on counterterrorism issues<http://wolf.house.gov/issues/terrorism#.VAc4C_ldWkQ>.  He was the author of the legislation creating the National Terrorism Commission, also known as the Bremer Commission, which produced a report in 2000 warning of the threat from al Qaeda.  As chairman of the Commerce-Justice-Science Appropriations subcommittee, which funds the FBI, he oversaw the bureau’s post-9/11 transformation into a counterterrorism agency and included funding in a 2013 appropriations bill creating a commission to review the FBI’s progress in addressing the evolving terrorist threat, including domestic radicalization.  Former Attorney General Ed Meese, former Ambassador and Congressman Tim Roemer and respected Georgetown University terrorist expert Bruce Hoffman<http://wolf.house.gov/media-center/press-releases/independent-commission-to-review-fbis-post-911-response-to-terrorism#.VAc6Q_ldWkQ> have been leading this review, which is expected to be released before the end of the year.  In addition, Wolf was the author of the legislation creating the Iraq Study Group in 2006, also known as the Baker-Hamilton Commission.

Welcome to the State of Perpetual War. Nice way to end a career. Too bad Congressman you couldn’t pay more attention to the integrity and safety of the federal work force or the integrity of the Congressional process which should protect federal workers and constituents who report fraud and corruption to Congress. One of the major failures of Wolf’s oversight of the FBI has been precisely its move towards counter terrorism and national security as being its defining mission. The FBI has to be first and foremost the premiere law enforcement agency in the land, its primary mission has to be law enforcement. If we don’t have the rule of law we don’t have a country worth protecting.

If my memory serves me correctly, Michael Moore has beat you to the punch? Didn’t he say in a Playboy interview about 10 years ago that the Republican Party has what they have always wanted, “a war that will never end”?