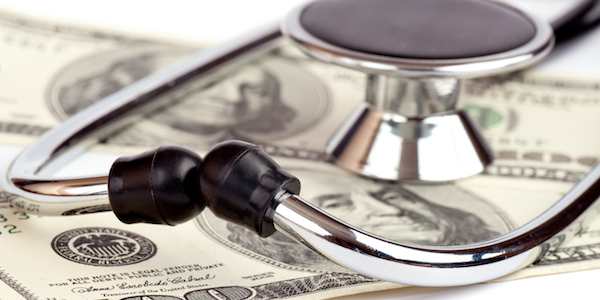 Virginia conservatives – and the Trump Administration – should embrace the health care plan rolled out this week by House of Delegates Speaker Kirk Cox (R-Colonial Heights) in the House budget. The House budget includes a plan to bring billions in taxpayer dollars back to Virginia to help uninsured Virginians get health care coverage through Medicaid Expansion.

For four years, I sang a different tune. I stood shoulder-to-shoulder with my fellow conservatives at Americans for Prosperity, former Speaker Bill Howell, and other Republicans to fight Medicaid Expansion.

At the time, the future of the Affordable Care Act seemed uncertain, and banking on its promises appeared financially risky. There were fears it would collapse, or be repealed, leaving states to pay for a huge new entitlement we couldn’t afford. That seemed like an unsafe bet for Virginia.
That all changed in 2017.

Today, I unequivocally support the House plan to expand Medicaid to hardworking families in Virginia. Here’s why:

Obamacare isn’t going anywhere anytime soon. After years of trying, Congressional Republicans showed us in 2017 they couldn’t repeal the law. And even if they try again, which seems unlikely, it’s doubtful they will be successful this year or beyond.

In addition to lacking votes, federal Republicans last year showed us they’ve never had anything approximating a viable replacement plan after years of making empty promises to constituents in fund-raising letters. In other words, they misled us.

The most shocking realization came last spring at a White House briefing on the Republican plan to repeal and replace Obamacare. I sat the in briefing room aghast at what I heard – the GOP plan rewarded GOP states that expanded Medicaid (like Indiana, Ohio, and Arkansas) with continued funding, and penalized states that resisted expansion by cutting their funding through reduced block grants.

Instead of benefiting from being a prudent holdout, Virginia would have received less Medicaid funding from Washington! Thanks for nothing.

While it’s easy enough to retreat into orthodox ideology in the face of complex policy decisions that don’t fit into neat partisan boxes, I prefer to deal in reality rather than bury my head in the sand.

The House of Delegates budget plan takes the same clear-eyed, reality-based approach by opting to work with President Trump to secure key conservative reforms such as work rules and personal responsibility standards.

Let’s be honest, this is a plan many Democrats won’t like. If you’re a Republican, that means you’re doing something right. You’re reforming a program rather than just providing a handout.

Speaker Cox is developing a plan incorporating conservative ideals like those Vice President Mike Pence championed when he was Governor of Indiana.

Speaker Cox undoubtedly will face misguided criticism from those who can’t see past the politics of the moment. It’s better to have Speaker Cox negotiating the details with Democratic Governor Ralph Northam now, then waiting too long and ending up with Delegate David Toscano (D-Charlottesville) driving the talks.

The GOP-controlled House is taking the conservative approach to health-care reform and will work with the Trump administration to achieve that goal.

The House plan aims to put low-income Virginians in private insurance plans with premiums and co-pays, giving them skin in the game. The plan sets up health savings accounts so people are incentivized to make their own health-care decisions. And, most importantly, they’ve created a “Training, Education, and Employment Opportunity” program to put people on a path to self-sufficiency.

Another big win: they’ve put the Trump administration – not Northam – in the driver’s seat. The Trump administration controls the timing and conditions under which Virginia can access new health-care funding to expand. And with a Pence ally now in charge of the nation’s Medicaid system, conservatives can rest assured Virginia will get the reforms it needs to control costs and protect taxpayers.

As conservatives, we should also remember many of the people who will benefit are Trump voters who are working their tails off at low wages, just trying to move up the economic ladder and get a better life. I, for one, won’t kick them to the curb to pass an ideological litmus test written in a white paper by some D.C. think tank.

For years, Republicans held the line against Obamacare expansion. It was the right thing to do. But now, under Cox’s leadership, the House is taking advantage of Trump’s historic presidency to implement real reforms to how Virginia delivers health-care. This is a plan conservatives — and Trump supporters — should embrace.

And it’s a winning issue for the next election. A recent Republican poll showed that 83 percent of Virginia voters favor health-care coverage for the uninsured.

With Virginia Republicans having lost 10 statewide races in a row, you do the math.