Latest Posts
Never Let a Crisis Go to Waste
How Then Should We Live?
Ambush Journalism is Setting the Left up for...
Loudoun County Schools Threaten the Future of Minority...
Election integrity in Virginia Update #4
The Latest Casualty of the Culture Wars
Children Adapt but What a Worrisome Adaptation 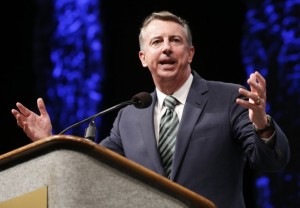 As thousands of Virginia GOP activist return home from a weekend of politics and parties in Roanoke, it is worth considering what we accomplished. Assessments of key metrics and understanding their meaning is important to inform future Republican Party of Virginia strategies and action plans.

Outcome: The most important metric in any nomination process is outcome. On Saturday afternoon 2,687 delegates from across the commonwealth selected Ed Gillespie as our nominee for United States Senate. Shak Hill’s motion to unite the Party behind Ed received a thunderous round of applause and cheers. Any Democrat observing in the convention hall surely felt a cold shiver as they witness the GOP unity and energy displayed at that moment. A unified GOP strikes fear into the hearts of Democrats—that is why their media hacks constantly lead with stories about fragmentation and division within our party. Outcome Grade: A+

Accountability: Ed Gillespie has a solid conservative background, but many delegates supported Shak Hill because they feared Ed would move toward the center or left after election—those voices were heard loud and clear in Roanoke. Ed beat Shak in fundraising by a ratio of roughly 100-to-1! But Shak still managed to pull approximately 40% of the delegate vote in Roanoke. Mr. Gillespie will certainly spend a lot of time reaching out to “Shak’s people” to reassure them and bring them onboard. Ed knows the people who supported Shak are vital to a successful ground game this fall. He also knows his voting record will be the deciding factor at his next Senate nominating convention in 2020. Accountability Grade: A+

Fiscal Responsibility: Ed potentially saved millions of dollars by securing his nomination in a convention victory instead of a costly state-run open primary—that money is now available to target President Obama’s representative in the U.S. Senate, Mark Warner. Another multi-million dollar expense was taken off the backs of Virginia taxpayers because many localities will not need to run primaries on June 10th—that money will help grow Virginia’s economy. Finally, the Republican Party of Virginia raised over $200,000 dollars that will be used to help win races across the commonwealth this November: Fiscal Responsibility Grade: A+

Execution: Jeb Wilkinson, more than any other person, deserves credit for the success we witnessed this weekend. Chairman Pat Mullins selected Jeb as the point man for all aspect of planning and execution and Jeb delivered in every aspect of his charge. In contrast to our last convention, Jeb and Pat relied on talent inside the Party instead of hiring outsiders to run the show. We saved over 80% on production cost and completely avoided last year’s $30,000 bill to count ballots and tabulate results. Jeb pulled off a professional and enjoyable convention that was ahead of schedule and under budget. Execution Grade: A+

Some may think I am a “Santa Claus” grader, but contrast is always a factor in assessments. My experience in Roanoke yesterday was head and shoulders above last year’s memories of slow voting, poor sound quality, and general delegate dissatisfaction in Richmond. In my view, every GOP volunteer, our gracious hosts in the city of Roanoke, and the GOP leaders and staff that made this weekend a success earned spots on this year’s Dean’s List.