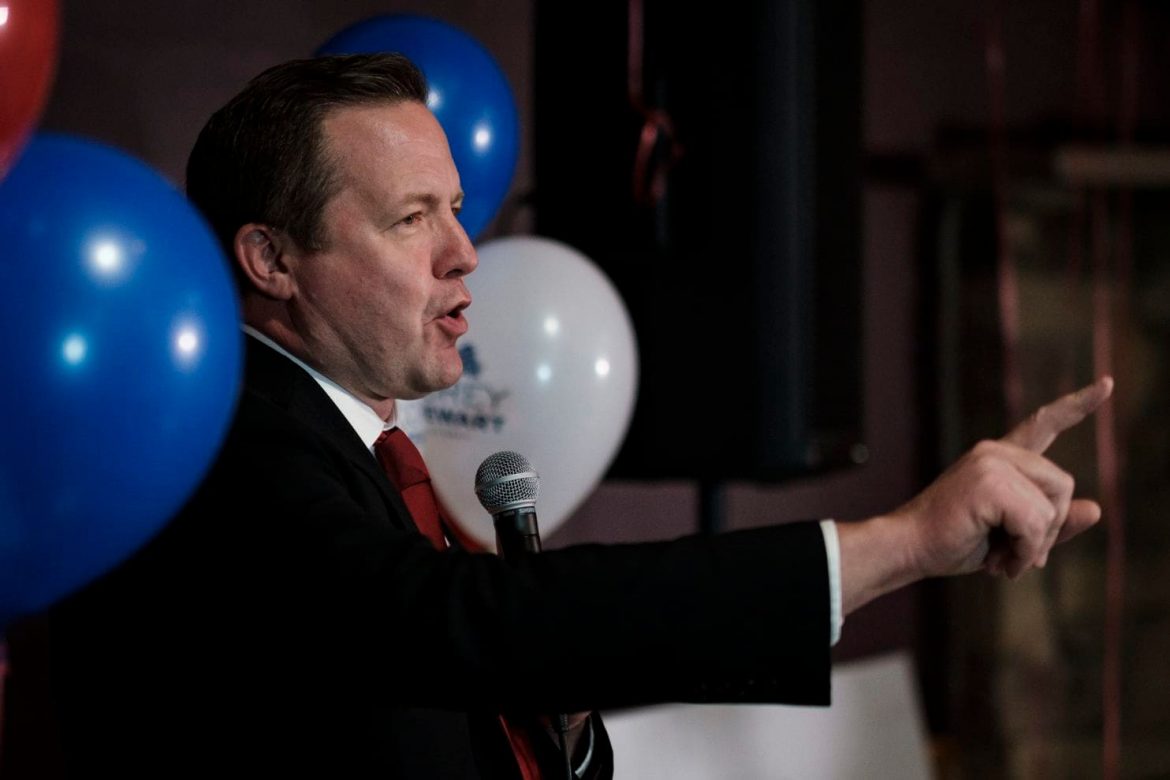 At the annual Republican Advance in Norfolk, Corey Stewart said he was finished with statewide politics.  From the Washington Post  Stewart said,

I’’m going to take a step back, I think, for a couple of years at least….I think if I said I was going to run for something again, my wife would come right over . . . and strangle me,

The Advance was attended by about 350 people, down from it’s usual 500.  This might be because Norfolk is so far away for much of the state, particularly northern Virginia.  Also, 10 days before Christmas is not the right time to schedule any event and expect a large turnout.  Or it could be because of a string of Republican losses in recent years.  However the booze was flowing and people were having a great time,

The booze disguises a lot,” said Zach Werrell, a Republican strategist. “It’s like an Irish wake. It’s like, ‘Ah, they’re dead. But, hey, let’s get drunk!’ ”

Read more about the fun and antics at the Advance here.