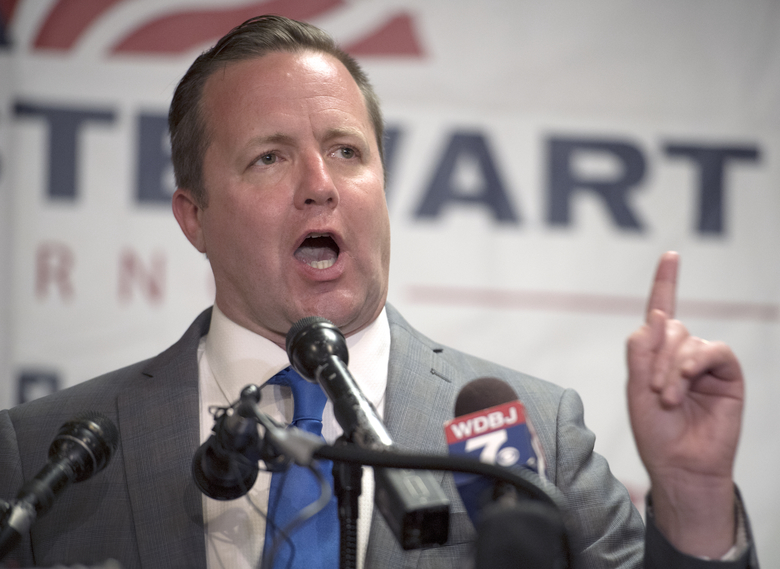 Corey Stewart dropping out of politics

Corey Stewart, chairman of the board of supervisors in Prince William County, will not seek his 4th term in that office.  He will instead “focus on his international trade law practice and the business ambitions of his wife, Maria”. From the Washington Post:

Citing his 16-point loss to Sen. Tim Kaine (D) in November midterm elections in which Virginia Republicans also lost three U.S. House seats, Stewart said his departure from state politics will last “until and unless the Commonwealth is ready for my views on things, and that’s not right now, clearly.”

As far as the Prince William County Board job goes, he said, dealing with land-use cases and the county budget “just isn’t exciting for me anymore.”

Three other politicians are vying for the Chairman’s seat, Republican Supervisor Martin E. Nohe (Coles); Democrat Ann Wheeler; and Donald E. Scoggins, a moderate Republican who is running as an independent.