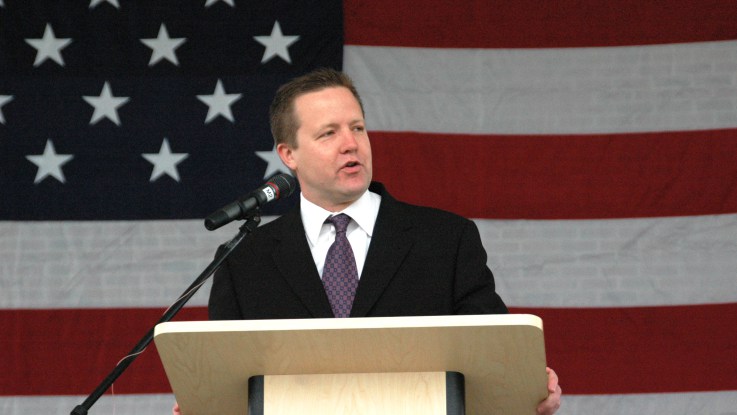 A few years ago when Metro was being debated in Loudoun county we tried to tell the Board of Supervisors that joining metro was huge mistake. Not only is the Metro system a complete mess, costing BILLIONS to fix, but it is an outdated mode of transportation. Transportation economists tried in vain to tell the board that subways are a 19th century mode of transportation, not a 21st mode. Â The experts told them self driving cars were coming and coming quickly. Â We told them Metro ridership would decline and the system would never be self sustaining. Those of us who opposed Loudoun jumping onto the Silver Line were correct on all counts.

Now we learn that Uber has put it’s first fleet of self driving cars in the city of Pittsburgh.Â Â Some truck companies are also using self driving vehicles. Â Within 10 years we will all have self driving cars and we will be able to call a self driving Uber car to take us wherever we need to go. Who will need Metro then? Â It will be cheaper, safer, and easier to take a self driving car to work. Â Self driving buses and cars will make Metro obsolete and Loudoun will still be paying for it forever.

We tried to tell them. Â Five Republican supervisors wouldn’t listen to transportation experts and signed us on to this never ending nightmare that is Metro. Â Chairman of the Board, Scott York, led the charge with Ken Reid, Matt Letourneau, Ralph Buona, and Sean Williams falling into line and sticking us with this outmoded, failed, transportation system that is Metro. (Let’s not forget this when LCRC votes on Monday night to endorse Ken Reid. Remember the Metro bills your children and grandchildren will paying thanks to his vote.)

It appears Prince William County will not be stuck with Metro like Loudoun county is. Stewart understands that Metro is old school transportation that will soon be outdated while the citizens of Loudoun will be paying and paying and paying for it for decades to come. Apologize to your children and grandchildren now for saddling them with the Metro mess.

Ha! This crap reminds me of the secret talks behind closed doors by the opposition to Metro. {We need to fight Metro with all we have, this Metro thing is destined to bring more liberals out here to tiny ole Loudoun and if that happens we’ll become obsolete}

Well guess what YOU LOST! And if you are correct opposers are being overrun and will soon be obsolete.

Wrong as usual. It’s Metro that is obsolete!

The Silver Line decision is going to be haunting Loudoun for decades. It was just a scam by real estate developers to sell luxury condos and overpriced office space.

Has everyone seen this abomination that’s going to be built next to one of the Ashburn stations:
http://loudounnow.com/2016/08/17/gramercy-district-smart-city-plans-continue-to-take-shape/

Time to start planning an exit strategy everyone, Loudoun (and NoVA in general) is circling the drain.

Good comment. Every time the BOS asks for tax increase to pay for more schools, more fire stations, more roads, we need to say no. They caused this mess with Metro, they can find a way to pay for it that doesn’t increase our very high property taxes.