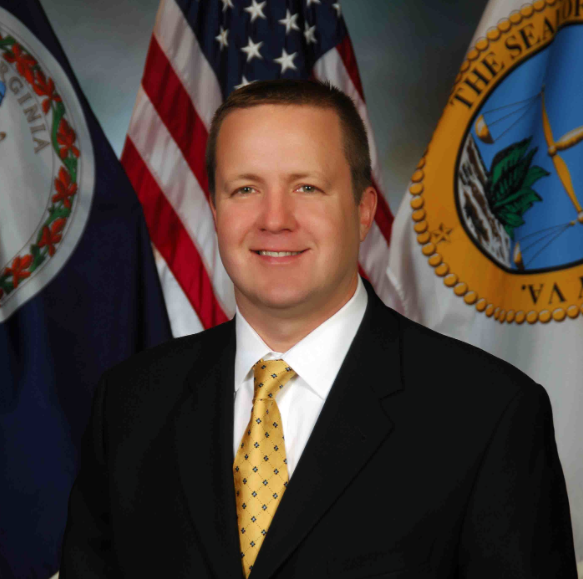 Corey Stewart vows to rid Virginia of Tim Kaine in 2018

On Sunday Corey Stewart spoke at the “Rally against Political Violence” in front of the White House sounding every bit like a candidate for Senate in 2018.

On Saturday at the State Central Committee meeting, delegates helped make Stewart’s run for Senate easier when they voted 45 to 35 for a party primary in 2018.  With Stewart’s recent very close loss in the race for the Republican nomination for Governor he has the name recognition and the organization around the state to mount a vigorous campaign for Senate next year. It will be very difficult for any other candidate to challenge Stewart in a primary next year. The SCC vote was a huge win for Corey Stewart and his supporters, leaving little doubt that he will be running for Senate in 2018. Thanks State Central Committee!  You’ve made Corey Stewart and his supporters very happy!

Another plurality candidate. Just what the party needs. A candidate that a majority of voters don’t want. Until RPV gets off this merry-go-round and has a run off between the top two vote getters we will continue to have an unpopular candidate, possibly with alot of baggage.

Do we count the crossover votes (dems casting ballots in the rep primary) in our summation of his popularity?

We do now because RPV has no clue who is an actual member of the Republican Party. The Dems realized a long time ago that the best way to effect their agenda in their Gerrymandered district was to ignore the Dem running and support the most liberal Republican in the race. The Republicans are then disappointed when their Republican governs like a leftist. Closed primaries where only members in good standing are allowed to vote with a run off is one way to get off the merry-go-round.

Do you really have evidence that Democrats were voting in the Rep. primary to shore up the person they thought was weakest? I did not see any evidence of this in my polling place, with 2 Dem. candidates competing against each other. This is just a myth cooked up by someone who isn’t happy with the results.

Do you really think some liberal Democrats would vote for Stewart over Ed because they think Stewart is easier to beat, when the country just elected DT? The whole strategy would backfire on them.

That said, I like the idea of being able to vote for a candidate of either party. Not everyone in Va is sworn to one party or the other, some just like a particular candidate. One of the good things about living in Va.

My comment about Dems crossing over to vote for the liberal Republican was about district races, not statewide. That said, there were reports of Dems getting the Dem ballot and were disappointed that Corey’s name wasn’t on it.

This whole Primary/Convention kerfuffle has always been a way for Republican incumbents to rally their Dem friends during the primary process to insure their nomination as the Republican Candidate. They know their district will send them back to the House, Senate or Congress no matter their voting record. Couple that with the incumbent deciding primary/convention for their district, and RPV generally being a personality, campaign, and incumbent driven party and you have the perfect receipe for unaccountable elected officials.

Wed that with a weak party organization and you have one of the bad things about living in Virginia.

Hey, Ed didn’t get a majority either.

Yes, I know, but how many Wagoner voters do you think Corey would have gotten in a run off. Be honest! When you take that into consideration and that Wagoner has endorsed Ed; the run off would have probably been very one sided.

I think Corey would have gotten a lot of Wagner’s voters. His strong showing (after being initially written off entirely) and the ensuing publicity would have helped him, and he’d have had another 2 weeks to criss-cross the state. The more time went on, the more Corey gained. Add that to some of Ed’s recent statement alienating the Republican base since June 13th that has turned off voters. (Yes, I understand Whitbeck has instituted spin and damage control).

But the results were what they were. A run-off would just be costly and Wagner’s people have the right to their vote too. We can take them as they aren’t really happy with Ed and the direction of the party.

You’ve got that now with Gillespie who will lose in November running a really unexcusable campaign?

Maybe may be not. The choice is very clear. Very Liberal Democrat, Northram vs a Right of Center Republican, Ed Gillespie, that has deep roots with Conservatives and the Moderate base. A candidate cannot win in Virginia that alienates one side or the other. Either side staying home and not voting, helps the Democrats elect the Constitution hating leftist. This is why we have Kaine, Warner, and McAuwful. Your choice!

So we might get Stewart vs Gillespie – Round 2 in the primary/convention?

So you think Gillespie is going to turn around and try to run for Senate after he loses in Nov?

I certainly wouldn’t put it past the RPV.

Or maybe they can run Jim Gilmore again.

At what point does Ed become an undocumented politican?

After watching Ralph basically double down with the Hillary rhetoric that she lost on today, this thing is going to be a real nail biter in the end. And, he is bringing in Obama which will only energize the Republican and Republicane base. All Ralph has to do is play the moderate Democrat to win big, but….Both party’s are determined to run far left and far right. Ed can hide in a closet and Ralph will see to it that Ed goes up in the polls, even the legitimate polls that Ed doesn’t own.

I don’t vote for Trump or Hillary, and I ain’t voting for Ed. Now, if Ed wants to get Cox and Norment up on the stage with him and vow to not take power company money for the inauguration, end SB1349. Lower taxes by undoing all the tax increases contained in HB 2313. Go back and pass the bill Norment squashed that would allow health insurance competition. Raise the minimum wage $1.00 per hour each year for the next eight years, then we can talk.

Apparently, you haven’t heard about the replacement of minimum wage workers with kiosks. You essentially propose a $20 minimum wage and the destruction of a few million jobs. Typical brilliant thinking.

What’s in it for you to support the establishment from allowing people to earn a livable wage???

One of the incentives associated with earning a minimum wage is it teaches you that you need to improve yourself to be worth more to an employer or, for that matter, to build your own business. The minimum wage was never intended to be a living wage but an entry wage. So, guess what, you have now reduced both the entry wage and the living wage opportunities by increasing the minimum wage – fewer summer jobs for kids and less money for multiple job workers. Brilliant, liberalism at its finest.

You didn’t answer my question.

People aren’t supposed to earn a livable wage. That’s what all that credit card debt is for. The only thing a $15 minimum wage has done is boost a few credit scores.

There is nothing preventing American citizens from prospering other than themselves. I came from the poorest of families and worked my way up and out without benefit of government interference via supposed welfare benefits. If you want to be a slave, the democrats and far too many republicans are more than willing to help.

You refuse to answer questions where Limbaugh has not programmed any appropriate response. Or, any questions regarding your own g-checks.

The establishment spends billions to screw the middle-class.

You either do not know what minimum wage currently is or cannot even do simple math.

I thought that I was tough .
This is good for us to look at these bills.
Now sure that I understand what drives HB2313?
SB1349, Hold on we want to spend 400 thou to create an office one if not two of the positions will just be campaign staffers reward.
Then these people are going to create more ways to secure funding for flood studies.
What is going on in Richmond?
No way !

No doubt Corey Stewart will carry the primary. then the challenge starts because not only will he be running against Tim Kaine but he’ll be running against no budgets continued spending bills and by this time we’re almost sure that Trump will be increasing the budget higher than Obama which increased it higher than Bush which increased it higher than Clinton.
We say it’s the that it is the Indian not the arrow. This time will be different. After primary season he’s going to have to find some mighty straight arrows.
Big challenge ahead.
Go Corey!

It was a voice vote.

The 10th District voted for a Party-run Nomination Process, albeit one whose proxy voted a Primary. My decision has nothing to do with who is running but my conviction non-Republicans should not be able to choose Republican candidates.

I assume you voted for the Convention – or did I misunderstand you?

Outstanding thank you for that.

Whose proxy voted for a primary? I assume that’s what she/he was instructed to do, right?

I sat next to Matt Leeds (Jo’s Proxy) and Julie Williams (Eve’s Proxy). Both voted for a Convention. Mark Sell and I were there (Hell would freeze over before Mark would vote for a Primary).

You have your answer. Whether the Proxy was instructed or not? That I do not know.

It was recorded roll call vote. Ask the Secretary Jill Cook for that info. #transparency

The vote should be released once the minutes are done. Usually takes a few days.