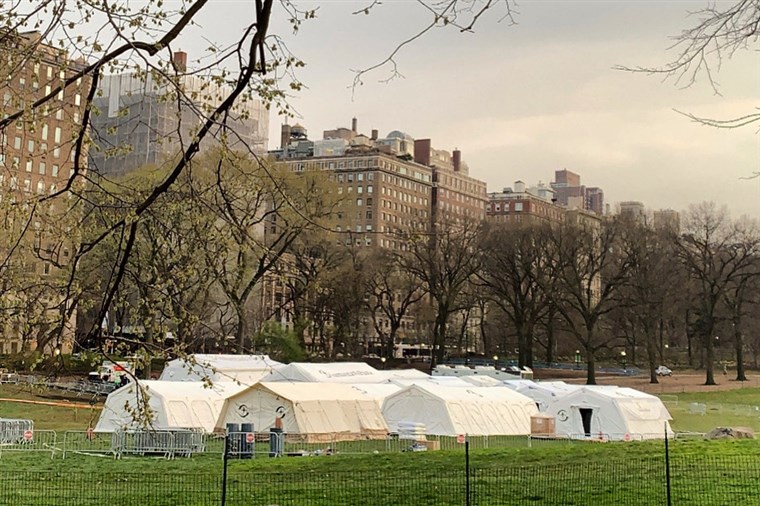 The Corona-crisis has hurt the country. Many people have died from the virus â€“ although the total probably wonâ€™t end up being as high as from the flu in a typical year. The shutdown of the American economy for more than a month has hurt millions of people, financially, and the end is not yet in sight. Investors will remain jittery â€“ meaning that stock markets will keep swinging up and down â€“ until normal business can resume.

In several states, citizens are enduring constitutionally questionable curtailment of their rights to worship, move about freely and engage in commerce, as some governors have seized powers which they might be loath to relinquish after the medical scare has blown over. Commentators and politicians are wondering if the country can ever go back to what it was just a few weeks ago. Fringe-radicals are shouting that capitalism is finished and only government can save us. And Congress has been shoveling borrowed money out the door by the trillions. Like millions of my countrymen, I keep hoping that Iâ€™ll wake up and find that it was all a bad dream.

But not everything about the Corona crisis has been disadvantageous. Incidences of crime have been lower. Traffic fatalities are also down. If you need to go somewhere, you wonâ€™t encounter many cars on the road. Iâ€™ve also found the protective mask convention to be an unexpected boon. When I wore a bandana-mask to the grocery store, the clerks didnâ€™t charge me for my groceries because they thought it was a stickup. (Just a little Corona-humor â€“ very littleâ€¦)

All seriousness aside, though, the virus-timeout has been profitable to at least one side of the political aisle. Democrats â€“ who have been praying (if they actually do so) for a way to stop Mr. Trumpâ€™s booming economy â€“ have seen a way to accomplish that fall right into their laps. Like magic, the mysterious COVID-19 virus â€“ which even the experts donâ€™t quite understand â€“ scared the bejabbers out of the country and opened a path for Democrat governors to crash their state-economies, while piously claiming that their only purpose is safeguarding citizensâ€™ health. Conventional wisdom holds that the economic damage from a recession will always be blamed on the president, not on governors of any individual states.

If the shutdown and resultant economic downturn can be kept in place long enough (goes the political thinking), the economy will turn from being Mr. Trumpâ€™s shining shield into the club that beats him out of a second term. Democrats probably doubt that they can get Trump-voters to vote for Joe Biden. But Joe could win if enough of those voters can be discouraged into staying home and not voting. Recessions helped to elect John Kennedy, Bill Clinton, and Barack Obama, but today we’re seeing that strategy brought to a new level. To my knowledge, it is the first time in our history â€“

(Iâ€™ll get blasted as a â€œconspiracy theoristâ€ for saying this. But if the shoe fits, I say wear it.)

Thatâ€™s one of the Corona Opportunities, but thereâ€™s another one which concerns â€œgood old Joeâ€ directly. Last week, Senator Bernie â€œthe Commieâ€ Sanders suspended his presidential campaign. It wasnâ€™t difficult to see why. His socialist giveaway-program wasnâ€™t selling, and he was running out of money. Bashing the â€œmalefactors of great wealthâ€ can be fun, but you need money to run a campaign. (Donâ€™t you just hate that?)

This left former Vice-president Joe Biden as the last man standing in the quest for the Democratic nomination. But as even the sight-impaired can see, whatever Joe might have been in the past, he certainly isnâ€™t that now. Although of a different political persuasion, even I can sympathize with the fact that Joe has lost a step or two. (None of us in the â€œsenior” age-group is getting any younger.) Joeâ€™s bumbling, sometimes incoherent public performances have made cringing Democrat pooh-bahs wonder how in the world he can be their standard-bearer against Donald Trump. All that is bad enough, but Joe Bidenâ€™s greatest problem has been his complete inability to run as a â€œmystery candidate.â€

In a recent series of articles I showed how every Democrat who has won the presidency since 1960 has run as a mystery candidate: JFK on his good looks and Irish charm; Jimmy Carter as the born-again antidote for the distasteful Richard Nixon; and Bill Clinton as a loveable, bad-boy, southern Bubba. Every one of these Democrats won by concealing their governance-objectives and by inviting voters to write in what they hoped and expected the new president to deliver.

The pandemic-crisis interrupted the series, which would have concluded with the â€œchampeenâ€ of them all: Barack Hussein Obama. That dazzling young newcomer ran on a â€œtransformationalâ€ promise of Hope and Change, for which he never gave voters any real clarification.

Hillary Clintonâ€™s inability to run as a mystery candidate was (in my view) a major factor in her 2016 loss. She had a record, and there was simply no way for her to conceal what she planned to do (and be), if she gained the office. Donald Trump barnstormed around the country, proclaiming his bold economic and border-control plans to enthusiastic overflow crowds. In contrast, Mrs. Clinton called key sectors of the electorate â€œdeplorablesâ€ â€“ before audiences so pitifully small that reporters frequently refused to estimate their size. Her attempts to sell a divisive, identity-politics presidency was an el-floppo for the ages. When the â€œstuffâ€ finally hit the fan, around 9 PM on November 8, 2016, the whole world was shocked. Mrs. Clinton still hasn’t gotten over it.

To any seasoned political observer it looked like Joe Biden was going to have Hillaryâ€™s problem in spades. Joe had a 50-year record, too, and opposition politicos had a carload of video-clips and sound-bites to show the public exactly what that record has been. Try as he might to sell himself as regular â€œlunch-bucketâ€ Joe â€“ solidly in the mainstream, the friend of the working-man, and the reasonable alternative to the far-left crazies in his party â€“ Mr. Biden was never going to be able to run under the cloak of mystery that has allowed previous Democrats to slip into the Oval Office. He is who he is, and only a few stoned dreamers imagined that he could beat The Donald.

But then the Corona-miracle changed everything. Instead of risking life and limb â€“ not to mention reputation â€“ out on the hustings, Joe has been able to wait out the virus-panic with Dr. Jill in their comfy Delaware digs. He has issued occasional speech-ettes from his basement studio, but otherwise hasnâ€™t done anything except try to sound like he knew far better than Mr. Trump how to restore the countryâ€™s health and confidence. Itâ€™s a dream-campaign for a candidate late in his eighth decade of life â€“ a fortuitous reprise of William McKinleyâ€™s 1900 â€œfront porch campaign.â€

Best of all â€“ at least for Democrats â€“ Joeâ€™s unanticipated hideaway-campaign might actually re-invent him as a mystery candidate. By essentially being out of the news-cycle for months, Mr. Biden could emerge in the late summer as a brand-new, rested, all-knowing alternative to Mr. Trumpâ€™s â€œbumbling, incompetent mishandling of the countryâ€™s worst crisis since the Great Depressionâ€ (as Joe might describe it).

Will it work? Will Lunch-bucket Joe be able to pull off this legendary switcheroo? Or will he fall back into his true persona? Weâ€™ll see. Meanwhile, letâ€™s pick up the pieces and get back to work. Lunch is over!