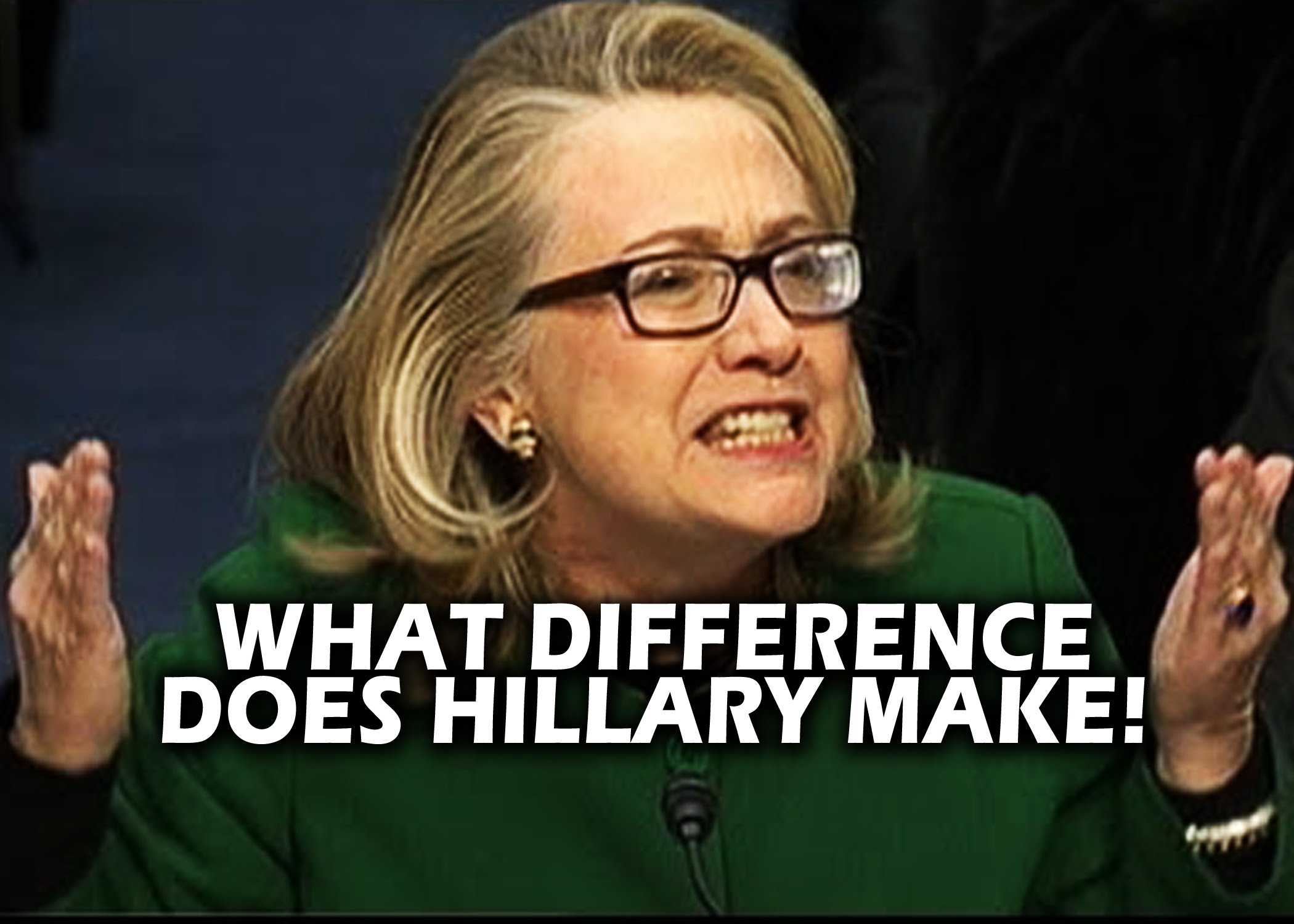 This has been a remarkable election season for many reasons. Chief among them is that Hillary Rodham Clinton, her core beliefs, background, policy proposals and scandals have received so little serious attention outside of a handful of conservative news outlets.

She is excused from real scrutiny, even as a deluge of new emails, leaks, and prosecutorial activity sweeps over the most openly corrupt politician in some time, and thatâ€™s saying something.

One reason for the lack of serious scrutiny is that Donald Trump takes a lot of oxygen out of the system. Give him that.

The other reason, and more importantly, is that the main line media we now know as hard fact, not supposition, (thank you WikiLeaks!) is even more corrupt than many of us already believed it to be â€“ literally trading talking points among themselves, taking direction from the Clinton campaign, and clearing stories with the Clinton campaign in advance. It is amazing.

The media protects â€œtheirâ€ candidate with silence, both on her absolute corruption and lack of accomplishment, and on the thin gruel her campaign offers in policy.

Her gender alone seems to the only rationale for high office the media or her supporters can present, and, of course, as with everything else in her life, â€˜she had nothing to do with it!â€™Â

The double standard employed by the media is staggering, even by the low bar of recent elections. For Donald Trump, the major media feasts on his political unorthodoxy and flamboyance, and yet have largely ignored the increasing substance of his campaign. His recent speeches and policy offerings on taxes, foreign policy, trade and ISIS have been generally excellent and backed up with detailed specifics, all available on his website.

Some, this writer included, have been writing about Mrs. Clinton for many years. It is not as though there are any secrets, it is just that the average citizen has to dig to get passed the media blackout to get at them.

Mrs. Clinton has always made bedmates with both radicalism, scandal and public corruption.

Her thesis at Wellesley College was on the one time communist turned uber-radical, and friend, Saul Alinsky, followed by an internship with a law firm anchored by two well know communists. Her years of education culminating at Yale with a law degree, left her a radical, but willing keep on the path of incrementalism while always pushing hard to the far left.

The controversy and conflicting stories concerning her time on the Watergate Committee foreshadowed her entire public life.

There has been very little in that public life not marred by sordid maneuvering, lying, conniving and a homing pigeonâ€™s instinct for the easy money. All done with an attitude of privilege, an unholy disregard for anyone but herself, and, according to officers in the Arkansas State Police, members of the Secret Service, and others that know her well, a level of vulgarity in her personal life that would make a drunken sailor blush.

Hillary Rodham left the Watergate Committee and headed to Arkansas to rendezvous with her future husband, Bill Clinton. Commodity futures scams, Whitewater and a dozen other financial scandals marked their collective time in Arkansas politics; not to mention sex escapades concerning both of them, and, of course, alleged sex crimes by Bill, all stacked up like cord-wood.

Only one thing changed when the Clintonâ€™s moved to Washington; they became worse. The financial shenanigans and the sexual adventures of Bill, at least, grew in scope and brazenness. Those years are well documented, but, again, not well known.

The Clinton Foundation was the perfect capstone for the Clinton era in national office. It was a tax exempt foundation that gave cover to a wide variety of benefits for the Clintonâ€™s personally, and allowed both Bill and Hillary to maintain key relationships all across the globe. During her years as the junior New York Senator and then as a candidate for president in 2008, and finally as Secretary of State, the Bill and Hillary team learned how to fine tune the Foundation, which has raised over $2 billion dollars, into a massive pay-to-play scheme that vacuumed in cash from across the world, including from the worldâ€™s worst actors and authoritarian states.

Setting the world on fire will be the lasting historical testament for Secretary Clintonâ€™s term at State, and the incredible, dazzling and shameless email scandal using private servers, may yet define her legal standing.

The corrupt Attorney General and the corrupt FBI Directorâ€™s testimony stand as their own indictments; the law was broken â€“ dismissed as something mere citizens must obey – and there is little doubt that the nationâ€™s secrets and the byways and highways of statecraft are in the hands of whomever employed a decent hacker.

The debacle at Benghazi, the Russian uranium deal, the Jamaican gold, and literally dozens of other sordid, horror stories follow Hillary Clinton around like the stench of rotten eggs.

In a way, it is fitting that the email and Clinton Foundation scandals that are bubbling at the surface like a toxic waste dump, are hounding Mrs. Clinton into the fall election cycle. It will give the American people the opportunity to express a judgement on the sewer that has become Washington â€“ the Washington of both parties; interested only in themselves, their personal power and connections, and their personal aggrandizement.

That Mr. Trump is this protagonist in this drama is a bizarre twist of real life. His uncanny knack of taking the complex to the simple, to arouse the passion of the forgotten working family in the country, and his dedication to â€œAmerica First,â€ stands at the barricades of the assault on the America that our â€œruling class,â€ as exemplified by Hillary Clinton, simply no longer care about, other than a vehicle to their own enrichment.

[…] the issues are put aside, the summary of Mrs. Clintonâ€™s private life and personal corruption is to Mr. Trumpâ€™s personal story and history a difference so vast as to defy […]

“Treason: What difference does it make?” Would be a more appropriate title. In her pay for play and money laundering schemes, she sold america’s most closely guarded national security secrets. That is not corruption. That is criminal and traitorous.

You really come up with some great graphics my friend!!! Thanks for the laughs.

For all her flaws she picked a great year to run for president.

Americans got what they asked for and deserve from both parties. This country is in worst shape than it ever has been.

So, now we have candidates to match. Our government is a reflection of the people. Don’t like what you see? Wait till next time. It’s doesn’t get any better.