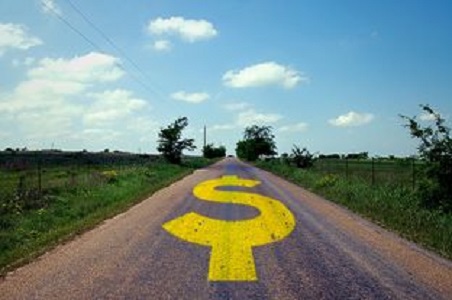 The Virginia House of Delegates voted this week on a transportation measure that has attracted some attention. This blog published a lengthy, and unfortunately for the blog’s good reputation, mostly inaccurate criticism of the bill. The author says it contains tax increases and creates new tolls.

We want to set the record straight. We both opposed the 2013 transportation plan but supported House Bill 1887 which passed the House 96-2 this week.

Currently, there are ten separate funding streams for transportation spending, resulting in a convoluted and opaque process that kept money from being efficiently devoted to improving transportation and left the public in the dark.

Under this bill, 40% of funding will be spent to fix bridges and pavements, 30% will be sent to local districts for local projects, and 30% will be spent on key statewide needs. Last year, House Republicans helped pass legislation requiring transportation funding to be prioritized to where it could make the most difference. House Bill 1887 will keep that accountability in place.

This is a good bill that makes it easier to get transportation money more efficiently to the places it can make the most difference.

Under this bill, more money will be sent to localities to be spent on construction projects. The bill gives localities significantly more say in what projects will make the most difference in their communities.

Every local district will receive more funding for local projects. The Fredericksburg district, for example, will receive $40.4 million in local funding for transportation projects while it was previously receiving $18.6 million.

This is a significant step forward in how we allocate our transportation dollars. More money being controlled and spent at the local level is a good thing. It means fewer decisions made by Richmond bureaucrats.

Lies have a funny way of spreading faster than the truth, but we should be clear about what HB 1887 doesn’t do.

There is nothing in this bill, or any other bill that’s made its way through the House this year, that raises taxes.

There is nothing in this bill that creates new toll roads or converts existing highways and interstates into toll roads.

In conclusion, we would encourage you to read the bill and see for yourself [http://lis.virginia.gov/cgi-bin/legp604.exe?ses=151&typ=bil&val=hb1887].

This is one of those bills that is difficult to understand on its face. One needs in-depth knowledge of all the parts this effects in order to see how it would effect things. There are only a handful of people that fit that bill.
The item that caused me to think (but not come up with anything concrete) is this:

“5. That prior to January 1, 2018, the Department of Rail and Public Transportation is authorized to enter into an agreement with a private entity pursuant to the Public-Private Transportation Act of 1995 (§ 33.2-1800 et seq. of the Code of Virginia) to improve passenger rail service within the Commonwealth where the private entity finances the improvements in return for annual payments from funds allocated by the Commonwealth Transportation Board pursuant to §§ 33.2-1601 and 33.2-1604 of the Code of Virginia for a period not to exceed 20 years.”
My thoughts are:
1. Convenient that it expires when the current Gov.’s term expires
2. Any PPTA should be suspect. Rail is big money.
3. Given the short deadline, this is obviously there for a particular purpose.
What is the purpose?

When I reread this thing recently my eye flagged the same section with unanswered questions as to what it is trying to get at regarding the 1995 Public-Private Transportation Act. This is LaRock’s claimed area of interest but no effort was made by him at any clarification in this canned PR release he signed onto. Questions remain from my perspective and this is beginning to look more like an attempt at shutting down discussion by shouting liar, liar on the tax issue that was never the issue anyway then helping constituents understand a complex bill. Shades of Joe May.

What did Speaker Howell promise LaRock to get him to sign his name to an op-ed after explaining his committee vote against this legislation with this quote: “Every email we have received supporting the bill has been from transit organizations or localities touting it benefits to (mass) transit,” LaRock’s office said in an email Wednesday morning.

Looks like Dave LaRock likes being a Delegate and wants to climb the political ladder in Bill Howell’s corrupt House establishment.

Very curious indeed as I read the same Virginia Watchdog article by Kenric Ward with the purported quote from LaRock’s office regarding the bill’s support feedback. Someone’s been caught out here or there has been one difficult to believe giant miscommunication.

Todd Gilbert and Dave LaRock….serious policy experts lol. they just submitted an op-ed prepared for them by the Speaker’s office. It’s unlikely either have even read this bill.

Lord – I write and edit science papers for one of the Intelligence Community’s top scientists, so I am no dummy, but I will be damned if I can understand what is going on here with this bill. As a commuter who has had to go up and down I-95 for 16 years, I have supported CERTAIN tax increases provided the funds raised would go to transportation – and only to transportation. But I guess I was wrong. So, could someone in plain everyday English tell me what the problem is? If funds for transportation have been diverted, I guess that does not reflect well on the leadership provided by Speaker Howell.

“There is nothing in this bill, or any other bill that’s made its way through the House this year, that raises taxes.”

Is there anything in this bill, or any other bill that’s made its way through the House this year, that LOWERS taxes? How bout’ last year?

The Senate has passed SB 1349, will the House do the same? (Yes) Doesn’t letting Dominion Virginia Power make more profit, take more money out of middle-class pockets? If not, where does it come from?

So, you say we don’t get a tax increase this year? But instead you are going to legislate an electric bill increase for what, the next 5 years? Gee thanks a bunch!

Through the years Dominion Virgina Power has little by little, lobbied the GA for less and less regulation by the SCC. If the SCC is no longer going to regulate Dominion Virginia Power, how much have you cut the SCC budget? Why not? Why do they need bigger budgets when you take away their regulatory power?

With almost 30 years in the Virginia House, isn’t Speaker Howell’s signature achievement his HB 2313 bill, the largest tax increase in Virginia history? If not, what bill is?

This is a very complex bill and really an extension of last year’s HB 2 with further work on putting in place a project grading and prioritization system. But it looks to me that this really only affects
a piece of the state’s massive transportation budget both from a process and restructuring perspective, it does address the restricting of these funds under discussion from being rolled back into the state’s general fund account if I read this correctly but again this will only apply to this sub set of funds under consideration, for the remainder of the newly levied tax revenue no such restrictions apply if I understand this correctly. This has always been one of my personal issues – tax for transportation spend out of general fund where ever you choose. Although it looks to me that even under these new requirements somehow monies where re bucketed for mass transit. There is not a great gotcha here that I can see but again the reality is it only attacks a relative small portion of the overall transportation budget and one would have to assume for the vast remainder it will be business as usual in Richmond. A reasonable increment but really just a start and a long way from tight fiscal management. I don’t see how this bill really addresses many of the major concerns being opined by many on clarifying the state’s transportation strategy and direction.

The two votes against this bill were conservative Delegates Mark Berg and Bob Marshall.
Just sayin’…………

What is the cost? We’ve had massive tax increases and we should be rolling them back by cutting spending.

Del. Larock: if this is such a great bill, why were you against it before you were for it? Why did you vote against it in committee? The fact of the matter is that this bill and others DO pave the way for more tolls on our roads. Saying that this bill boesnt raise taxes or setup toll roads is a strawman argument. Susan never said that only that this bill paves the way for it.

I have this sinking feeling that you actually expect an answer to your question here.